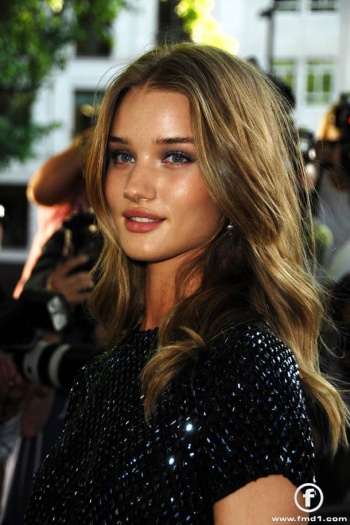 A Victoria’s Secret model is the rumored replacement for Megan Fox in the next Transformers movie.

On the last episode of Unattainable Women Tales we saw Megan Fox quit the role she played in the first two Transfomers movies, with members of the film crew calling her “dumb.” If an insider source for Geek Week can be believed, her replacement will be a Victoria’s Secret lingerie model with relatively little acting experience.

Rosie Huntington-Whiteley is the named model that may be taking the limelight from Fox as the chick that gets to make-out with Shia LaBeouf and act scared of giant robots in Transformers 3. Her list of previous acting roles is somewhat short aside from playing herself in a couple of reality shows, according to IMDB anyway.

Even Megan Fox had a decent resume before director Michael Bay cast her in the first Transformers movie, so remaining skeptical is as optimal as Optimus until official confirmation comes through the wire. Collider‘s take is that Whiteley’s casting makes perfect sense, as Bay loves to cast relative unknowns and catapult them to stardom.

Or, maybe Fox’s character Mikaela Banes gets crushed by a giant robot heel in the opening seconds of Transformers 3, so Whiteley’s acting chops won’t matter at all as long as she can play dead. I hope this isn’t the case, because Whiteley looks somewhat similar to Fox, but nicer. Maybe the entire planet won’t hate her as much.