The Avengers is, thus far, the pop-culture “it” story of 2012. If you want proof of that, I’m still writing articles about it on a website that doesn’t primarily deal in either films or comic books. It’s not simply a popular/moneymaking film, it’s an “event”: One of those shared-by-all cultural experiences where memetic references to it enter casual everyday conversation because it can now be safely presumed that anyone you’re speaking to knows what you’re talking about.

This doesn’t happen with every movie that becomes a monster hit – Independence Day is burned into the collective subconscious of a generation – go on, recite some of Bill Pullman’s pre-battle speech. You know you can – while the hugely-successful Avatar seems relegated to being just another popular movie that came out a little while ago. Tim Burton’s 1989 Batman reshaped the blockbuster landscape in ways we’re still seeing, while despite three chart-topping installments we’ve only seen one movie trying to be “the next Transformers. It may be too early to tell, but right now it feels very much like The Avengers is erring on the better side of that equation.

Which means it’s now time for the entertainment press to have The Awards Discussion, the first shot being fired by AwardsDaily’s Sasha Stone in a post titled “The Avengers Heads Toward 600 Million, Time to Consider It For Best Picture?” Reaction from peers was mixed, to put it mildly, but this is generally the time when these questions start being asked.

There’s always been a tension between art and commerce in the Oscar game – that’ll happen when you package a celebratory sales-pitch for your industry’s continued cultural-prominence in the form of an awards gala for artistic accomplishment. Popular, crowd-pleasing films as nominees draw bigger ratings and make the moviegoing public feel more connected to the industry and it’s “Big Night” … but big moneymakers don’t always (don’t often, lets be honest) end up being “the best” next to some smaller or less broadly-appealing films that rely on Oscar for recognition (and whom Oscar relies upon for artistic-legitimacy.) This perceived split came to a head in 2008, when outcry from even critics and industry professionals over the “snubbing” of The Dark Knight led Oscar to change their rules – making the Best Picture category “bigger” to give higher-end blockbusters a fighting chance. If The Avengers does sneak onto the nominees list, it will be a direct beneficiary of that policy.

For the record, I’m a big booster of The Avengers, but I don’t know that I’d call it my preference for “Best Picture.” It’s not the best film I’ve seen this year, for starters (Beasts of The Southern Wild and Moonrise Kingdom, recently, would edge it out handily) and it’s also much too early to make that kind of call. I’m also not sure it rates as a terribly-likely nominee. Let’s not mince words: the old-guard that dominates Academy voting is not eager to award top honors to what many perceive as an insubstantial genre based on disreputable source-material, and if they are going to toss a “pity nod” at a superhero movie for the sake of giving viewers at home a nominee they’ve heard of … it’s probably going to be The Dark Knight Rises, which plays at being a more somber, serious-minded thing more in-line with Academy preferences.

But that’s not really the question at hand – the question is whether or not it even deserves that kind of consideration, and that’s what has critics and movie-pundits starting to stake out a position. I think it does. 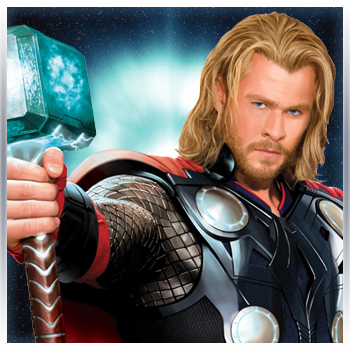 I won’t bore you with the tiresome rant about genre film being “ghettoized” by Hollywood tastemakers, as I have a feeling most of my readers are already “there.” But the fact is, the source or subject-matter of these things shouldn’t matter – it’s unfair (to say nothing of intellectually discordant) to judge wholly disparate styles and genres against one another, so the only fair measure to my mind is to ask whether or not the film in question is exceptional in regards to its own aims.

The Avengers isn’t a movie that recreates a meaningful period of history, or tells a controversial/shocking story, or carries a deep/specific message. It’s an entertainment spectacle – a grandly-mounted pageant/morality-play staged in the reigning popular genre/tropes of the day. But it’s also a film-production of exceptional difficulty, tasked with unifying the storylines of five disparate previous films across multiple genres and styles at the screenplay level and balancing five leads in more-or-less equal time at the direction level.

It accomplishes these tasks with tremendous skill, but also manages the most difficult trick of all: making an action-heavy blockbuster work as a tightly-scripted character piece. This, more than anything, is the secret to it’s success. Spectacle and pyrotechnics are nice, but The Avengers would not be sitting on top of $600 Million and counting if all it had was fight scenes and explosions – the reason people are seeing it multiple times and dropping it’s dialogue at the water cooler is because the story and it’s characters are connecting with the audience in a very real way. Yes, Hulk sucker-punching Thor makes a great animated gif, but because of what a great character moment it is for the both of them after all their earlier buildup. Everyone will still remember Loki hissing “You mewling quim!” a year from now not simply because it’s a funny-sounding olde English slur, but because it’s part of a terrific scene.

Taken on its own merits, The Avengers is a nearly-perfect example of exactly what it aims to be, and it has the culturally and economically-measurable support of movie-lovers worldwide to back it up. I don’t know if I’ll say it ultimately deserves a Best Picture nomination – that depends on whether or not I see ten better movies this year. But it deserves to be considered, regardless of whether or not superheroes are “serious enough” for The Academy’s tastes.