Sega has just spilled the beans on 2014’s upcoming Sonic title for Wii U and 3DS. It’s called Sonic Boom, and it won’t feature Street Fighter‘s Guile in any shape or form. It is being developed by Big Red Button, though, which was formed from members of the old Naughty Dog team that worked on both Jak and Daxter and Ratchet and Clank. Check out the dubstep-laden trailer to the right.

From the looks of things, it appears to be a 3D Sonic title, rather than a traditional Sonic sidescroller. It also looks like we may have 4-player co-op, with the four most recognizable Sonic characters, Sonic, Tails, Kunckles, and Amy, all being heavily featured in the trailer and shown to have their own unique in-game abilities (Ima firin’ mah lazor!)

But most interesting of all is the “edgy” new remake the old Sonic cast has had. Knuckles, in particular, looks like some kind of steroid monster, though it seems he’s been neglecting leg day at the gym. Oh, and bandages. For a closer look, check out the official character art Sega posted to its Facebook wall below: 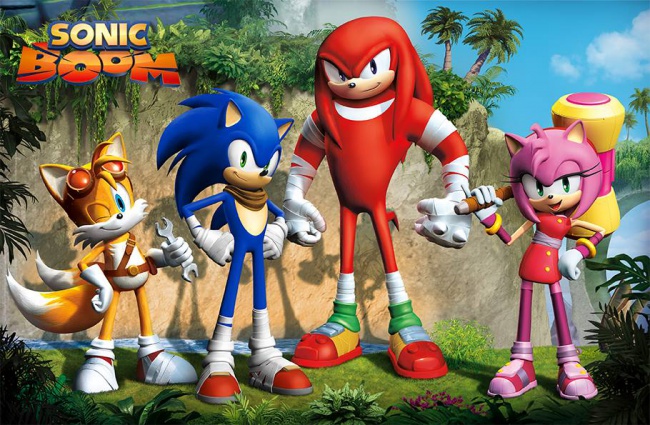 So what do you think? Honestly, Sonic is kind of at the point where there have been so many terrible games in the franchise, that anything that isn’t complete rubbish would impress me. However, the team working on this means it may be worth keeping an eye on.

Activision: Destiny Will Become The Best-Selling New IP in History