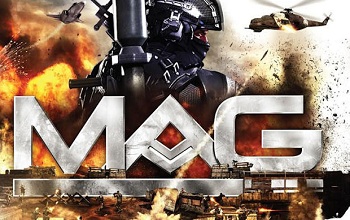 Sony will be shutting down servers for MAG and its SOCOM siblings at the beginning of 2014.

It seems like only yesterday that Sony was unveiling MAG, its PS3 exclusive 256-player first person shooter. In truth it’s been more than five years, and the passage of time hasn’t been all too kind to the game. Released in 2010, its sales failed to put it even within striking distance of the FPS genre’s most popular franchises. Sadly, Sony has now confirmed that PS3 server support for MAG, as well as the SOCOM titles, will be ending at the beginning of 2014.

The announcement came via a recent Tweet from the official PlayStation Twitter account. “Advisory: Online multiplayer services for MAG, SOCOM Confrontation, and SOCOM 4 will be ending on 01/28/14.” While there likely won’t be too many weeping over the loss of the SOCOM titles, it is somewhat sad to see MAG come to an end. Despite its arguably underwhelming performance on the sales front, it had some fun ideas and the sheer scale of its battles is still pretty impressive today.

All of that said said, the shutdown of the game’s servers is far from unexpected. Setting aside the coming of the PS4 in 2014, Zipper Interactive, the studio behind MAG and SOCOM, was closed down by Sony in 2012. Considering that its sales likely weren’t in line with Sony’s hopes to begin with, there isn’t much incentive for the company to keep the game running. In the mean time, if you’re a MAG devotee, we suggest you find 255 friends and take these next few months to give the game a final spin.