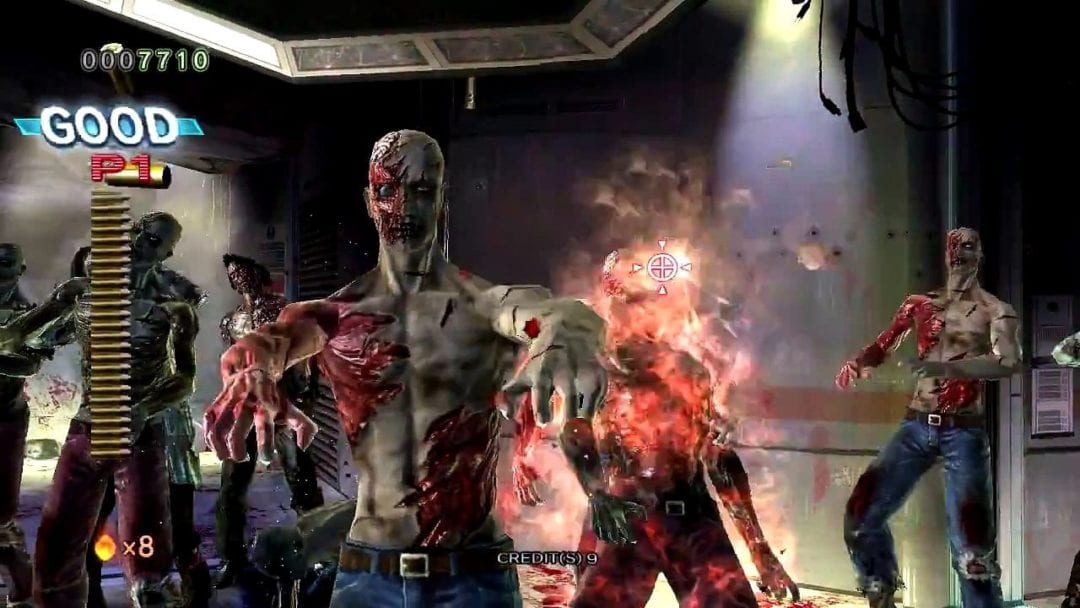 When House of the Dead came out 15 years ago, director Uwe Boll staked his claim: he would be the face of video game movies for the 21st Century. His profile is nowhere near what it used to be, but his footprint remains. Of the 50 or so live-action video game movie adaptations made over the last 25 years, Boll has directed or produced more than one-fifth of them. They are universally awful, but there’s no escaping his prominence in the genre.

House of the Dead, his first video game adaptation, is his most significant. It is an instructional exercise — an unintentional mission statement even — on how to not make a movie out of a video game. The game movies that preceded it, like the stupefyingly goofy Super Mario Bros., were typically so bizarre that they were unrecognizable as the work they were adapting. Not House of the Dead. The plot may be different from Takashi Oda’s long-running arcade game series about shooting zombies, but what happens on screen is exactly the same. It is such a direct recreation of the rote blast-em-all process of playing House of the Dead that footage of the game is actually spliced into the live shootouts.

Therein lies the lesson: a video game movie should never, ever be faithful to the source material. No one wants an accurate video game movie, because video games — as multiple generations of critics weary of cutscenes have noted — are not movies.

But Boll did just that. Zombies lumber out of a thatch-hut village looking even shakier than the primitive polygons animating House of the Dead 2 on Dreamcast. They walk straight at the camera only to be shot by a cop; a sailor; a young woman in a red, white, and blue leotard named Liberty; and someone in a corset. The heroes find a box full of guns and spare ammo in the woods. The cast stands side by side in a row shooting the same way wan stoners would, giggling at the screen while they co-op their way through free play night at Dave & Busters. By the time the movie’s survivors blast away the final boss and blow up the mansion on the island they’re trapped on — again, a different mansion than the one in the first game — the only thing missing from House of the Dead is a screen to enter your initials and an invitation to insert another credit.

House of the Dead is not only bad because it so slavishly recreates the action and nonsensical melodrama of its source material. The movie is also boring and sterile, its cast wooden and unlikeable, the production value scarcely above the microbudget exploitation flicks cluttering gas station DVD shelves. (But devoid of the charm of D-listers worthy of Schlocktober canonization.) The film’s greatest crime is stripping away the basic interactivity that makes the games so entertaining and enduring — Oda is still making House of the Dead arcade cabinets at Sega today — while still presenting the action literally. When those blocky zombies lean into the CRT of a classic arcade cabinet and leave behind red bite mark on the screen, it’s nerve-wracking but fun. When the same thing happens in the middle of what looks like a poorly lit cap gun fight, it’s just inexplicable.

The more accurate the recreation of a video game experience on film, the more sterile it gets. Take 2018’s already forgotten Tomb Raider, a bomb whose big set-piece scenes are pulled shot for shot from the 2013 video game reboot of Lara Croft’s enduring vehicle. In the game, set pieces like these serve multiple functions: a dramatic segue between playable sequences that vary in purpose and tone, a climax intensifying your personal connection with the character you’re inhabiting, and even a compact endorphin hit to reward you for successfully responding to an onscreen prompt. (Quick time events endure in game design because, like them or not, they’re effective at creating investment in scenes like these.) In a movie, those scenes live or die based on the audiences’ investment in the character. If the dialogue, performances, and themes haven’t taken root before all the sturm and drang, it’s just a pile of gaudy digital effects and noise. Why watch that when I could just play it?

Mortal Kombat gets it. Mostly.

Even the most surreal video game scenario would lose its impact if it were directly translated to the screen. Say Nintendo’s upcoming Super Mario Bros. movie is a success. (A financial success, not a critical one. It’s going to be made by the Minions creators, so you can comfortably bet which kind of hit it might be.) Nintendo now wants to make live action features out of its other icons. No matter how much I might theoretically want to see Kirby “try to eat eggs — but not bombs!” I have to acknowledge that watching a CGI puffball scarfing down a dozen while avoiding IEDs wouldn’t make for a fun family moment in the theater. Nor would watching Link smash a room full of handmade pottery while he hunts for loose change. Or following Samus as she shoots up a score of giant wasps to refill her missile supply.

What’s absent from all video game movies starring actual human beings is the authentic feel of the video game that’s being adapted. The most successful attempts have acknowledged that mood, tone, and theme are the most essential things to carry over from the game into the movie. Paul W.S. Andersen — a far more successful serial game adapter though a less prolific one than Boll with just seven under his belt — came close to the mark with 1994’s Mortal Kombat. Every bit as campy and exaggerated as the NetherRealm Studios games it spawned from, Mortal Kombat actually layers an impressive amount of character on top of its delightfully stupid story about a supernatural fighting tournament. Does it matter that Scorpion throws some kind of weird cartoon snake out of his hand to lasso in his opponents instead of a rope? Of course not. One is just as dumb as the other when you’re talking about a yellow ninja man with a fire-breathing skull hidden beneath his mask. What was missing from the movie was the game’s commitment to grindhouse-style gore. One tonal change and it would have been the model of exactly how to adapt a game to the screen.

Fifteen years after Boll’s House of the Dead kicked off his lamentable oeuvre, a new tide of Hollywood-produced live-action video game movies are on the horizon. Super Mario Bros. is just the start. Ryan Reynolds is teaming up with an electric rat in Detective Pikachu. Jim Carrey is wearing Dr. Eggman’s improbably long mustache in Sonic the Hedgehog, a movie where Sonic will likely not be kissing a human woman again. Even Paul W.S. Andersen is going to apply his lasting love of slow motion to Monster Hunter. Who knows if any of them will be any good. If they don’t insist that audiences respectively watch Reynolds repeatedly fight birds in tall grass, Sonic lose hundreds of gold rings when he bumps into someone, or a monster hunter visit a blacksmith to modestly tweak her armor, they stand a shot of being okay.

The Boys Season 2 First Trailer Is a Bloody, Cuss-Filled Delight

The Dark Pictures Anthology: Little Hope Will Bring the Horror in October

Art of Rally Evokes the Most Dangerous Era of Rally, and It’s ‘Way Bigger’ Than Absolute Drift