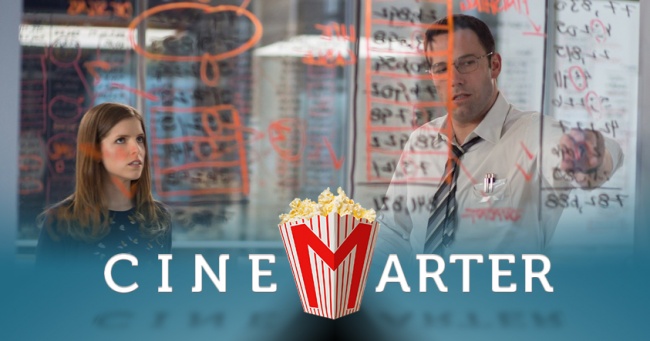 Ben Affleck stars as “autistic Jason Bourne” in The Accountant, a movie with only a couple of action scenes that’s touting itself as an action-thriller anyway. It’s a film that consists mostly of meaningless talking that propels a low-stakes plot with a ludicrous twist at the end. It all feels very underwhelming, almost never very thrilling, and apart from a few good performance and a surprisingly respectful take on an autistic leading character, it doesn’t have a whole lot going for it.

Our lead is Christian Wolff (Affleck), although he goes by many aliases. He’s an accountant who owns a small firm and an ordinary house. He is as inconspicuous as possible. But he handles accounts for some very dangerous individuals, and sometimes if things don’t check out he takes things into his own hands – because it’s justifiable to kill people if they steal money. Near the start of the film, he’s given a case of a tech company that may or may not be missing $60+ million. He then has to figure out if and why that money is missing, and who stole it. There are also assassins who try to kill him. 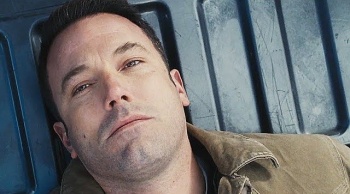 So, he has to crunch numbers, discover clues, and avoid being assassinated. He also goes against his own rules in order to protect a junior accountant, Dana (Anna Kendrick), who was the first to discover the missing money. It’s clear early on that this is an insider job, but who did it? And why? The former is probably pretty obvious if you’ve ever before watched movies. The latter? Not so much – but only because it’s the kind of plan that requires you to know a bit about accounting, and also hope for villainous plans that are more diabolical and less altruistic.

There’s also a b-story to wade through, one which follows a Treasury agent (J.K. Simmons) who recruits an analyst (Cynthia Addai-Robinson) to figure out exactly who Wolff is. Why? Reasons that would be considered spoilers, but ultimately don’t matter. It mostly exists to provide the audience with “revelatory” exposition to excuse Wolff from explaining himself to us. He isn’t very forthcoming about himself to anyone, after all; he has autism, and trouble socializing is one of the symptoms from which he suffers.

The Accountant doesn’t work. It’s not all bad – it’s just mostly not good.

The portrayal of autism in The Accountant is one of the only things that makes it stand out. The trailer might make you think it’ll go down the “autism gives you superpowers” route, but that isn’t really the case. He’s really good with numbers, it’s true, and he can get very devoted and focused on one thing, but his shooting and fighting abilities are skills he had to learn – something his father insisted upon. And the downsides of the condition are shown for much of the film, too. It’s a mostly respectful take – even if some of the social awkwardness is played for comedic effect.

The Accountant doesn’t contain a lot of action. The action it does have isn’t that great. The storm-the-castle climax takes place at night and is so loud and unfocused that it’s hard to always tell what’s happening – not to mention that you won’t care a whole lot. It’s mostly just a whole lot of talking that doesn’t amount to anything substantial. If it was actually exciting or about something maybe that would be enough but, by the end of the film, you’ll want the mystery to be over just so you can go home.

I guess it makes sense that an outwardly emotionless character would be a good role for Ben Affleck. He’s actually quite good here, even though he has to deadpan most of the performance. The key, I think, is that you can always feel his mind working, as he tries to figure out what the next course of action should be. And, let it be said, the montage of Affleck’s character doing a bunch of math is going to go down in history. As what? Probably a meme. But that’s still history. It’s the only scene during which The Accountant feels alive.

The Accountant doesn’t work. It’s a heavy-on-exposition “thriller” that has silly plot twists, very little action (and none of it is good), shallow supporting characters, and weak villains. It adds up to very little, and will more likely have you counting sheep than sitting on the edge of your seat. But it does have a good Ben Affleck performance, and its portrayal of autism is more respectful than not. It’s not all bad – it’s just mostly not good.

Bottom Line: Disappointing in all but its portrayal of its subject matter, The Accountant is a boring, talkative movie with little to say.

Recommendation: Boring, rainy afternoon? Maybe The Accountant will be worth watching on Netflix – it’ll either kill a couple of hours or help you to nap.