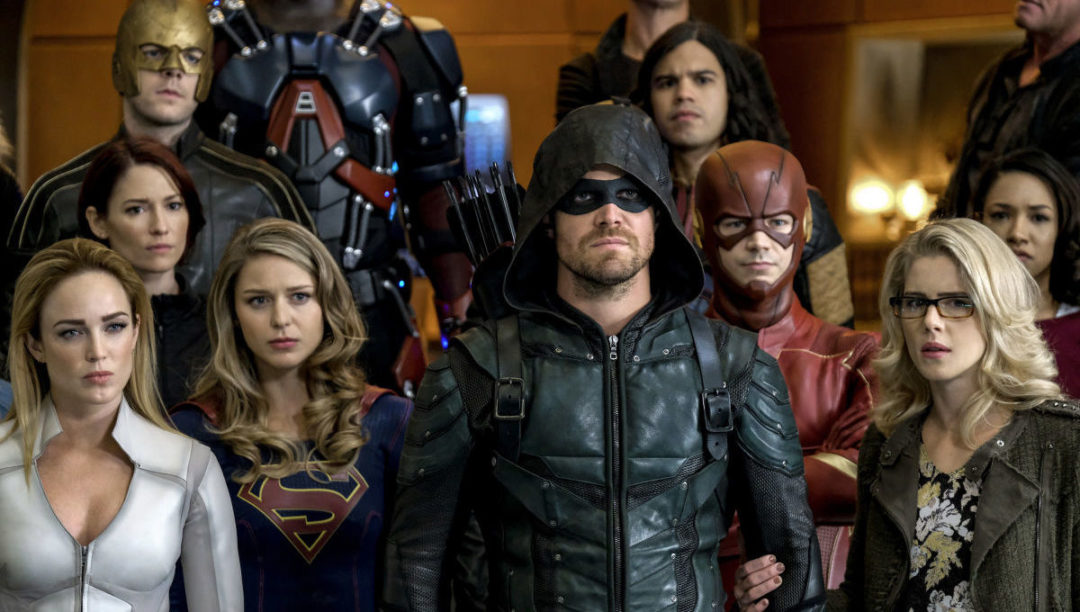 Arrow, the founding show of DC’s Arrowverse on The CW, might be ending, but that doesn’t mean that the Arrowverse is coming to an end at all as CW will continue to add more shows to it as soon as 2020.

Speaking at the Television Critics Association summer press tour, CW president Mark Pedowitz told reporters that the network is hoping to add yet another show to their DC Comics universe for the 2020-2021 season. He did not indicate which character they’ll be creating a show around, but aside from The Flash, the Arrowverse usually pulls in second-tier heroes instead of DC’s main staples. Pedowitz did confirm that the show will take place in the Arrowverse from the get-go, unlike Black Lightning, which is apparently just now joining the Arrowverse for “Crisis on Infinite Earths.” This series will not be a spin-off from one of the other shows, though the possibility for that as well is not off the table.

We may find out pretty soon whom or what the show will be about, as the pattern for CW to launch a new show has been for them to introduce the character or characters in their other shows and then launch the series off the back of that cameo. They did this last year with Batwoman, and there would be no better place to feature a blockbuster character cameo than the upcoming “Crisis on Infinite Earths” adaptation they’re pulling off. There are plenty of places for them to go, and DC seems to be more and more willing to allow The CW to play with their big names as The CW delivers what their films can’t: consistent quality.

There’s one strong theory that it could be a Green Lantern show thanks to the fact that an alternate-Earth version of John Diggle was revealed to be Green Lantern. Hell, it could even be something to do with Bruce Wayne, given the latest news that they’ve cast Kevin Conroy as him for the special.