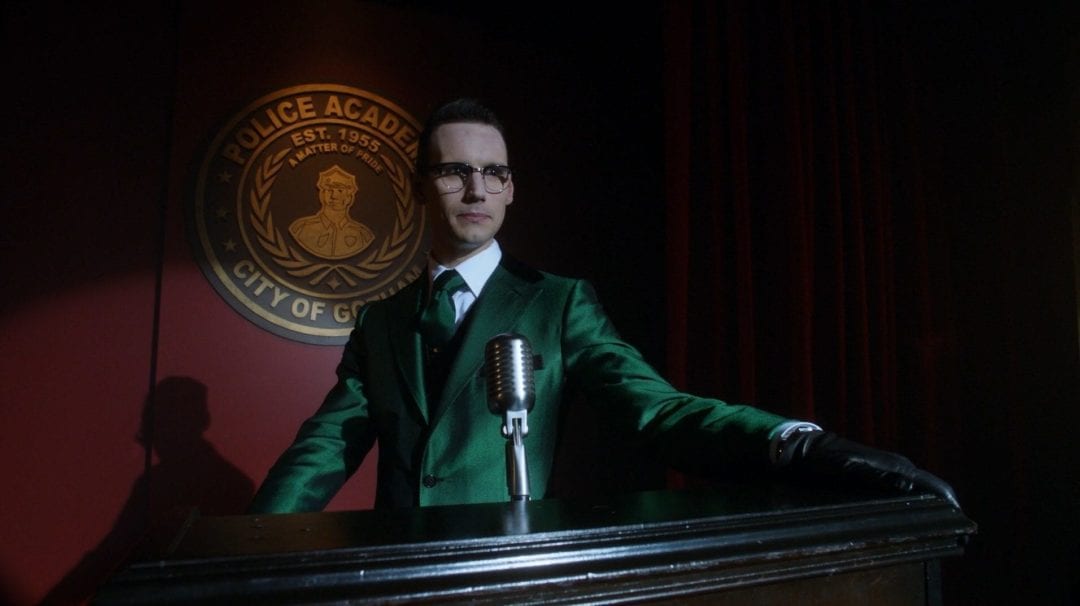 Most comic book readers don’t understand The Riddler’s struggle with obsessive compulsive disorder the way I do. As someone who endures OCD daily, I can personally attest that the infamous Batman villain in the bright green pajama suit is my fictional kindred spirit in a pop-cultural landscape that generally misrepresents OCD. Most media representations of OCD trivialize this severe mental illness as a personality quirk, and characters such as Sheldon Cooper from The Big Bang Theory or Monica from Friends incorrectly portray this anxiety disorder behind a laugh track. However, the depiction of Edward Nygma’s burden is surprisingly accurate even though his struggle with the illness could be fleshed out in a way that would simultaneously add more depth to his character while helping readers, gamers, and Netflix-bingers better understand OCD.

Allow me to assist with my expertise: OCD is a severe anxiety disorder where obsessions come in the form of unwanted (and often intrusive) thoughts that the afflicted can’t stop despite knowing how irrational they are. OCD-afflicted individuals can’t stop ruminating over murder, death, finances, sexual deviancy, and damnation. These thoughts cause a person suffering from OCD so much distress that they must act on compulsions to cope, and while these compulsions will temporarily reduce the stress, the afflicted will eventually begin the obsession anew, forever stuck in a tormentous loop worse than listening through Metallica’s St. Anger on repeat.

The Riddler’s war with OCD is surprisingly accurate. Despite being exaggerated for entertainment purposes, he embodies the base symptoms of OCD by portraying literal obsessions and compulsions. While all interpretations of Nygma have their own nuances, the core character remains the same in that he is so intensely obsessed with games and puzzles that he feels compelled to commit armed robbery and deface public property with sinister question marks that can only be uncovered by the Bat-Blacklight. How diabolical!

Admittedly, the Riddler’s obsession with games and riddles may seem trivial, but when it comes to OCD, the distress experienced is real regardless of the severity of the obsession. The phrase “step on a crack may break your mother’s back” may sound childish, but a kid with OCD may be obsessed with bad luck to the point where they feel they must avoid creases in the ground or Bane will piledrive their mother, Knightfall-style. Furthermore, these worries can worm their way into activities we actually enjoy. For example: an OCD-afflicted individual’s favorite movie series may be The Lord of the Rings, but if that said OCD-suffering individual noticed that Aragorn’s bow hits the camera the whole trilogy is tainted due to a small flaw.

The Riddler’s obsession with games thrives off of a similar scorched earth anxiety. If Nygma was anything like me (and he certainly seems to be), he probably fell in love with games, puzzles, and riddles as a way to escape from various torments. However, seeing as OCD is a wildfire-style of anxiety disorder that infects everything it touches, OCD manipulated his love of games to such a degree that he needs to go LARPing with Batman to cope with a subliminal anxiety regarding how our chaotic world lacks control and perfection.

The Riddler’s obsession with games stems from an underlying insecurity about his intelligence. While the pursuit of knowledge is a noble virtue, it becomes problematic when that pursuit leads to a sense of personal insecurity. The Riddler is obviously intellectually self-conscious, and whether he meticulously places traps in the Arkham games or deduces Batman’s secret identity as Bruce Wayne in the Hush storyline, Nygma has a persistent need to feel more intelligent than everyone else.

Afterall, being a mortal man living in the chaotic DC Universe must be terrifying, and the only way he can regain control over a world in shambles is to acquire more knowledge. So to become the smartest in his own eyes, Nygma relentlessly crafts puzzles and riddles as a way to test his own intelligence against the brainpower of Batman. From the Riddler’s perspective, he can confirm his intellectual superiority if he can defeat the keen mind of the world’s greatest detective, and he does all of this in service of reducing his insecurity-born distress.

Ultimately, the Riddler’s coping rituals are filled with logical fallacies that showcase precisely why OCD is such a severe illness. Nygma’s compulsions are unsustainable given that someone in the world, Batman or not, is bound to be smarter than him in some capacity. After all, there are moments where the Riddler was outwitted by other villains in Batman’s extensive rogues’ gallery like the aforementioned Hush. Despite his failures, Nygma is still unable to break the endless cycle of obsessions and compulsions. Even if he was to best every potential adversary, it would never be enough to keep his distress at bay for long because he always needs further confirmation that he is the best.

This is how he justifies cheating when attempting to win and why he accuses Batman of breaking the rules when he loses. For the Riddler, everything he does to confirm his superior intelligence is justified. Nygma can never admit that someone is better than him because doing so would mean accepting his own worst fears and insecurities, and with OCD, acceptance is impossible. It would confirm a universal truth: nothing is perfect and no outcome is certain. In the grand scheme of things, Nygma is powerless and lacks control over his own destiny.

Ironically, the Riddler’s pursuit of control and perfection shows that he has neither. Nygma allows his obsessions and compulsions to regulate his thinking and emotional processes to the point that his OCD controls him. Unless he takes steps to get medical help and change his behavior, he will always be out of control. He’s subject to the whims of his illness, but from my personal experience, it is possible (albeit very difficult) to manage OCD with the appropriate amount of therapy, medicine, and altering your point of view to accept it’s OK to be an imperfect human being.

Stan Lee’s Greatest Creation Was Himself

How to Share What You Love with Your Kid