If you’re like me you know that October is the most wonderful time of the year. That’s because it’s the only season of the year that you are allowed to openly bask in your love of horror movies without being labeled emotionally deranged by your friends and family. But have you ever wondered what it would actually take to survive if you found yourself in a horror movie? That’s the question the people over at Man Crates Gifts for Men posed to me as part of their Horror Movie Survival Kit campaign. I found the idea intriguing and decided to take them up on their challenge. Without further ado here’s my list of essentials for surviving a horror movie!

Colloidal silver has been touted for decades now as a miracle cure for everything from allergies to AIDS, but ask any serious doctor about the health benefits and they’ll tell you not only isn’t the stuff effective for any of the health claims most manufacturers profess, it probably isn’t safe to regularly ingest.

However, silver has many benefits when it comes to dealing with supernatural, unholy, and undead creatures of the night. While they may not be able to prove that it kill cancer cells or reduces the duration of a herpes outbreak it is common knowledge that silver has many other important qualities, like warding off vampires and werewolves for example, and in some cases killing witches. The folklore surrounding silver’s mystical powers reaches deep back into history due to its easily discernable antimicrobial properties that led some to believe it was a holy or blessed metal. Unlike holy water or ultraviolet rays, silver has a unique impact on bloodsuckers – it not only burns them but also has a paralyzing effect that prevents vamps from being able to remove it, effectively crippling them and leaving them exposed to further harm. If it does that when you put it on them just imagine what happens if they get a mouthful of blood tainted with silver! More than likely Count Suckula will be able to smell it in your blood and stay far away from you. Now who said it doesn’t have any benefits? 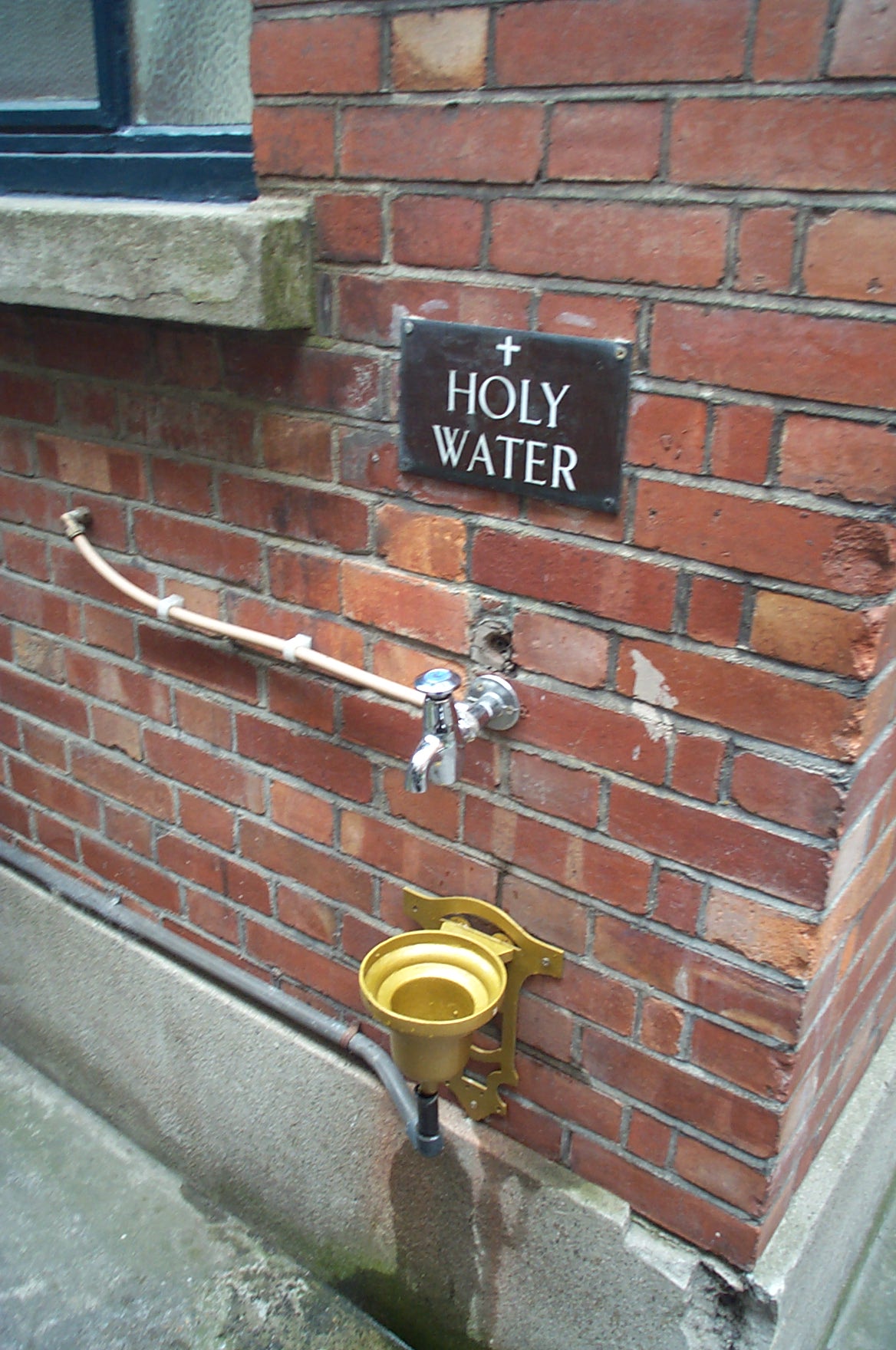 Why is it that you rarely see anyone invoke religion in horror movies these days unless the movie itself has a specifically religious bent from the start or is one of those demonic possession flicks? What ever happened to using a good old fashioned dose of water blessed by a virgin in a fancy black robe to foil the unfathomably evil designs of ghosts, demons, and other assorted supernatural bad guys in haunted houses or to remove curses with it? Sure you may be a hip, slick, and cool liberal atheist but the apparition haunting you might have been a lapsed Catholic! You just never know.

For example, a priest would have come in handy in the movie It Follows to bless that huge pool at the end and probably been way more effective against a shapeshifting succubus than electricity was. But you don’t need to keep gallons of the stuff on hand in order to adequately protect yourself and survive a horror movie. A small bottle of the sacred fluid goes a long way, like generic brand spiritual super cleaner. Ghouls and goblins just hate the stuff in the same way little kids universally hate bath time, or the way Bill Maher and his fans hate religion.

Plus you can drink it if you get thirsty! Which brings me to my next essential item…

Everyone knows that it’s the people that let down their guard or fall asleep that don’t make it. If you want to survive past the end of a horror flick you’ll need more than just alertness, you’ll need to be able to stay at peak attentiveness and think fast on your feet. Jamming an EpiPen into your leg won’t do the trick either, because you’ll be so jacked you won’t be able to think straight, plus your heart might pop or you could stroke out without medical attention. Sugary energy drinks will only ensure you crash at some inopportune moment, like when the killer’s true identity is revealed or when Jigsaw starts the countdown clock on a device set to turn your head into Swiss cheese then starts feeding you lame clues to find the key that will release you in time. That just leaves the regular old method – caffeine.

Forget about coffee drinks or sodas that do little more than leave you jittery and in desperate need of a bathroom break, and forget pills that will only leave your stomach feeling turned inside out. My suggestion? Caffeinated beef jerky. Yes. That is a real thing. Look it up. Not only will you get a dose of wake up juice in this tasty treat you’ll also get a satisfying dose of protein to keep your hunger at bay until help arrives. 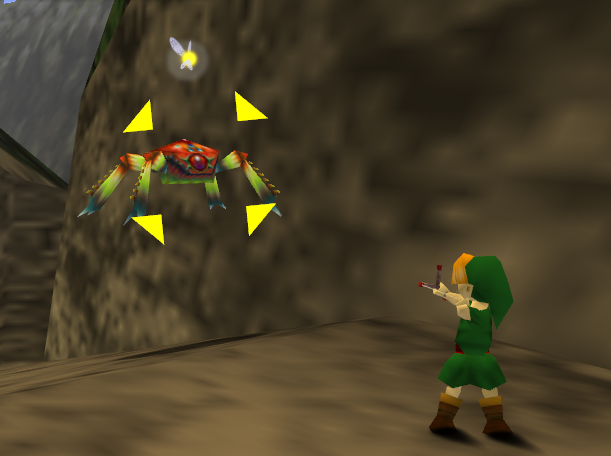 But what if the monster you’re fighting isn’t a supernatural in origin? What about the run-of-the-mill lunatic who wants to hack you to pieces with a butcher knife to satisfy some dark urge or simply shut up the voices in their heads? Or what if it is a zombie? That means you’re going to need a good weapon.

So why not a gun? Simple. Guns need ammo, they jam at the wrong time, and worst of all they make a lot of noise, which is sure to give away your location. Plus there is always the chance you might miss your target or get the damn thing taken away and used against you instead!

A professional grade hunting slingshot on the other hand is a simple, effective weapon that is silent, portable, and requires almost no instruction at all. It can be loaded with silver pellets for maximum damage or whatever the hell is laying around, like rocks, bolts or even pocket change. You might be chuckling as you read this but a flesh and blood killer won’t be laughing when they catch one in the eye at maximum velocity, I can assure you. It’s also great for those long distance headshots to stop zombies dead in their tracks, no pun intended!

This little device comes in handy in the real world, so you know it would kick ass in a horror movie. No batteries are required and the Super Bright LED Flashlight-LED bulb provides over 100,000 hours of emergency light. No stumbling around in the dark or using up your phone battery for a light source. You can quickly find out if the world has fallen by tuning in and listening for emergency broadcasts and best of all you can charge your phone, which almost always is an issue in horror movies. I’d still suggest you bring a back-up fully charged phone battery and signal booster.

It’s often cold and wet in horror movies for some reason and, I don’t know about you but I’m not one for unnecessarily giving up my creature comforts just because there is a crisis. Wool socks with copper soles will keep your feet warm, dry, and stink free while you run for your life from the psycho ax murderer through the dark woods until you find help or barricade yourself in a creepy old mansion waiting for the authorities to arrive. While everyone else is shivering and crying about how they “just wanna go home” your tootsies will be toasty and dry and above all else comfortable. After all, it’s the little things that make the biggest difference in life.

What did I miss? Feel free to hit me up in the comments section and let me know. And be sure to check out ManCrates.com which has everything from Pipe Carving Kits to Retro Gaming and more.