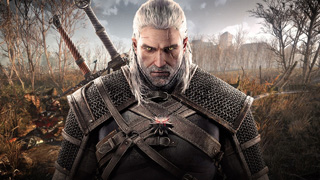 You’ll soon be able to watch a TV series based on The Witcher on Amazon.

The news comes from a press release, which quotes Sapkowski as saying, “I’m thrilled that Netflix will be doing an adaptation of my stories, staying true to the source material and themes that I have spent over 30 years writing. I’m excited about our efforts together as well as the team assembled to shepherd these characters to life.”

Back in 2015, we heard that a Witcher movie was in the works, but it turns out that it’s an Amazon series after all. Erik Barmack, Netflix Vice President, international series, said of the new series, “Andrzej Sapkowski has created a rich and memorable world, at once magical and familiar. We couldn’t be more excited about bringing Netflix members around the world.”

There’s no word on when the series might launch, but we’ll definitely watch it once it comes to Netflix.

Take the Fight to Mordor in the New Middle-Earth: Shadow of War Open World Trailer