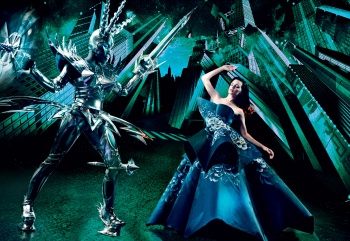 Oh, Julie Taymor. You have vision, I’ll give you that. The Lion King didn’t change my life or anything, but it was a genuine spectacle, and Titus was gorgeous enough for me to want to see it, even knowing full well what would transpire. I’m looking forward to seeing The Tempest, but I will not be seeing Spider-Man: Turn Off the Dark. The premise is curious enough to pique my interest, but the show is hemorrhaging both money and people, and from the first-person accounts I’ve read, the show isn’t so brilliant as to overcome these setbacks.

Julie, you’ve lost a lot of people a lot of money. This won’t run long enough to recoup its investment, and it sounds like you’re two steps away from having a dead actor on the stage. You’ve made your point, and we know you’re mad and full of ideas and enjoy reinvention. We get it. Seriously, though, Spider-Man: Turn Off the Dark needs to quit while it’s relatively ahead and fatality-free.

I spent some time as an actor, and know how crazy it is. I played Nazis, aliens, Helen of Troy in a camouflage bikini, and in the process, I had the crap beaten out of me. I never broke a bone, but I came awfully close, and if you add crazy setpieces (swimming pool built into the stage) or stunts (lifts and throws and jumps, oh my) into the equation, things can get dicey. So I made as many jokes about it as anyone, and I’ll admit I giggled today when I read DRUNKHULK’s tweet “SOMEONE NEED TELL SPIDER-MAN BROADWAY ACTORS THAT BREAK LEG IS ONLY EXPRESSION!” I stifled it pretty fast, though, because Christopher Tierney is still in the hospital with broken ribs and internal bleeding. Sure, Natalie Mendoza is okay enough to tweet about Tierney’s accident, but let’s not forget she herself received a concussion while standing offstage during a run. Before that, one actor broke his foot, and another both his wrists when a sling-shot aerial stunt went awry.

Stop for a moment and imagine having two broken wrists, or a torso full of broken ribs. Forgive the cheese, but an actor’s body is his or her instrument, and when it’s broken, they can’t work. Spider-Man is chewing up actors and spitting them out, and their peers are beginning to get vocal about it. Alice Ripley, Tony winner for Next To Normal, also took to Twitter, “shouting,” “SPIDERMAN [sic] SHOULD BE ASHAMED OF ITSELF. THIIS [sic] IS COMPLETELY UNACCEPTABLE AND EMBARRASSING TO WORKING ACTORS EVERYWHERE…DOES SOMEONE HAVE TO DIE? WHERE IS THE LINE FOR THE DECISION MAKERS, I AM CURIOUS.” The Hollywood Reporter has amassed many of these outcries, citing among them Mark Kudisch (9 to 5, Assassins), who sagely commented, “I wish employment for all my friends. But I wish them safety and security in their employment even more.”

You can’t have a show without actors, Julie. Try as you might to persuade the audience that your monumental moving sets and high-flying aerial stunts are vital to the show’s success, you can’t deny these injury statistics are truly out of the ordinary. What’s it worth to you? Like Ripley said, where are you going to draw the line before you tone things down or give it up? 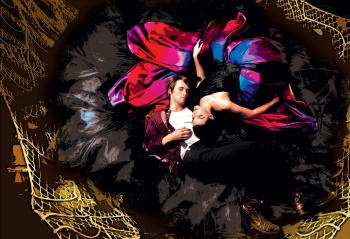 Let me be the first to say financial feasibility shouldn’t be a deterrent to making art. Art incurs expense, and it’s not my place to say money is poorly spent if the result speaks to someone. In the case of Spider-Man, though, money is the straw that broke the stuntman’s wrist. The musical is the most expensive in Broadway history, coming in at $65 million in production costs alone. With ticket costs ranging from $76.50 to $145.00 for previews, and prices expected to rise once the show actually opens, Spider-Man is out of the price range of much of its target audience. People are going to see it now, sure — previews are playing to a house at over 98% of its capacity — but what happens when the buzz wears off? The show incurs $1 million a week in running costs, and The New York Times did the math: the show will need to run for four years to recoup its original $65 million investment.

Even those behind the show are trembling at its financial future. The theatre’s general manager has begun scouting new tenants, and The New York Post quotes one of the show’s investors as saying “this is a disaster… we should cut our losses and just get out.” No one seems to have much faith in this show any more, Jules.

I understand the show’s like nothing that’s come before, but at what expense will you share this crazy vision with the world? Your actors are falling apart, your financial future is grim, and it really doesn’t sound like the show itself is worth saving. Push the opening back as many times as you like, but it sounds like, to tell the quintessential Spider-Man story in musical form, you’re going to need to scrap this thing and start anew.

Suffice to say, if Spider-Man: Turn Off the Dark actually opens, I’ll be incredibly surprised.

U.K. Bans PlayStation Move Ad for Being Too Violent