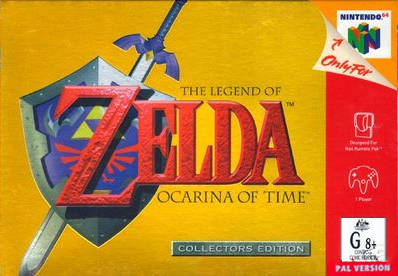 My Dad and I are, in most ways, very different people. Growing up on a farm in Canada with six brothers, his youth was spent embarking on rural adventures that would grow to become the stuff of legends in my family. “Hey Andy, remember the time you almost severed your toe in that pond full of glass?” “Remember when that muskrat bit you because you were trying to pull it out of its hole by its tail?” Listening to my grandmother detail the history of his childhood, it’s a miracle he survived.

I’ve always been much tamer. Presented with that same pond (and not knowing its contents) I wouldn’t have even considered hopping in. And yanking on a muskrat’s tail? I have a hard time with mice. Far more interested in electronic pursuits, I spent my youth far and away from the sorts of dangers that turned my Dad into the (almost fatally) active man that he’s been throughout his life. And while I’d like to say that our differences have never been an issue and that we’ve spent our lives as peas in a proverbial pod, I can’t. The reality is, that while we do love and care about each other, there’s always been a gap of understanding between us. I’ll never understand why he’d find it fun to suit up in a spandex and ride his bicycle for 20 miles and I doubt he’ll ever quite fathom why I’d rather stay home to head-shot Stormtroopers in Star Wars: Battlefront.

Nowadays, this gulf just means that we sometimes run out of things to talk about when we see each other. Growing up though, there were moments where this lack of mutual understanding made things hard. I spent years feeling like I was a disappointment and the salt of that often added some extra sting when things didn’t go well between us. There were other occasions though, where it also drove home how much he really did care.

Back in my pre and early teens, I was about as gigantic a Nintendo fanboy as you’d ever find. While there were a number of reasons for my dogmatic adoration of Big N, the easiest thing I could point to was the simple fact that Nintendo had Zelda and no one else did. I loved The Legend of Zelda. My family had a VHS recording of one my birthday parties that I used to dig out and watch just because there was a small section where me and my friends were playing the copy my parents had rented for the occasion. From its golden cartridge to its gameplay and music, there wasn’t a thing that I didn’t love about that NES game.

Of course, my hype for the series was probably helped along a bit by the fact that I didn’t own the game myself. I wouldn’t get one until 1997 when I stumbled onto a used copy at a small game store. The same can, sadly, be said for its sequels. To this day I’ve barely played any of Zelda II and up until 1996, when I got my own SNES for Christmas, my experiences with A Link to the Past were limited to small chunks of playtime stolen during visits to the houses of friends and family. As a result, when I caught wind of the The Legend of Zelda: Ocarina of Time, I vowed that I wouldn’t be left in the dust again.


Of course, it wasn’t enough to just want the game. For two full years I obsessed over every piece of Zelda news I could get my hands on. When I visited the corner store near my Gran’s house, I’d hone straight in on whatever gaming magazine had the most Zelda content. I went as far as clipping a bunch of the articles and collecting them in a stapled together scrapbook that I still have today. “Ever since its arrival [,] Nintendo’s Legend of Zelda series has reigned supreme against every [other] game produce by Nintendo,” I wrote on its intro page. “The battle of the Tri-Force has begun, will you survive?” With each passing month, it just looked better and better. There was no question in my mind. I had to have this game.

The problem was, for all that I’d done to build Ocarina of Time up in my head, it never actually crossed my mind to save any money for it. The game’s release was getting closer and I didn’t have anywhere near enough cash to reserve a copy. Keeping in mind that this was back in the day when pre-orders were actually important, I found myself in something of a predicament. If I was going to get Ocarina of Time it would have to be a Christmas present. I went to my Mom first, thinking it would be a sure thing. Christmas, after all, was her holiday and she had demonstrated, over the years, a distinct willingness to exercise her credit cards in the service of making our holiday’s memorable. You can imagine my surprise when she informed me that money was actually a bit tight and that she didn’t have the cash to reserve me a copy in advance. My only other choice would be to ask my Dad.

This made me nervous. Setting aside the fact that it would be an expensive gift (100 Canadian dollars), I knew that he still wasn’t the biggest fan of me spending so much time on video games. Granted, there was the fact of “oh-my-god-The-Legend-of-Zelda-Ocarina-of-Tiiiiiiime,” but I somehow doubted he’d see that side of things. Still, I had little choice. The next time my sister and I crossed the border for our days spent with him, I wasted no time in asking for the game. “Hey Dad?” I asked, raising my voice so I could be heard over the radio “What’s up, Stew?” “The new Zelda game’s coming out and I was wondering if you could get it for me for Christmas.” He seemed to mull it over for a moment. “Yeah, I guess.” I explained how he’d need to pre-order it ahead of time. “Makes sense,” he replied, with a nod. “This will have to be your only present, though.” I assured him that wouldn’t be a problem. “It’s just…” I stammered. “What?” he sighed. “Can you get me the collector’s edition?”

That weekend, he took me and my sister out and, after running some errands, we stopped at the local game store (Game-Tek in Cornwall, Ontario) and had me tell the cashier what I wanted. Nodding through my description, the clerk explained to my Dad what it was and how much it would cost. My Dad asked him what the difference was between the regular game and the collector’s edition. “The cartridge is gold colored.” For a moment, I could see the wheels turning in my father’s head and was sure he would tell me that I’d have to settle for the regular game. Pushing out a final sigh, he told the man that was fine and forked over a wad of cash that, in my memory’s eye, looked enormous. Taking our receipt we left and made our way home.

The months that followed were probably the most agonizing experience of waiting that I’ve ever gone through. The hours, minutes, and seconds ticked by at a perpetual half throttle and everything seemed geared toward making the wait seem longer. The magazine previews that had been my sustenance up until then, started to feel like taunts from people who had the good fortune to play the game early. And when commercials started airing? It’s a strange feeling wanting to throw something at the TV while also not being able to peel your eyes from it. The worst of it though came as Christmas neared. My sister and I arrived at his apartment one morning and there it was, wrapped and sitting beneath the tree. I almost started drooling when I saw it. Following my gaze, my Dad clapped me on the shoulder. “Almost there, son.”

When Christmas morning arrived, I could barely contain myself. I raced down the stairs and practically snatched the game out of my Dad’s grip when he handed it to me. For an instant, time seemed to slow. My fingers clawed at its wrapping, tearing through the paper like some predator shredding the hide of a long-pursued prey. The paper off, I peeled off the shrink wrap and then (carefully) opened the shining cardboard of the collector’s edition’s box. Reaching inside I wrapped my fingers around the hard plastic of the game’s cartridge and pulled its golden form loose. It was mine and it was in my hands.


It might sound a bit silly, but I’ll never forget the euphoria of that moment. I don’t think there was another singular moment in my childhood where I was this intensely happy. What’s always stuck out to me though, looking back, was my Dad’s response to it. I remember glancing up from the game and seeing not even a single note of the disapproval I was expecting from him. There was no frown or look of disappointment. The only expression on his face was a warm smile as he watched the spectacle of my bliss.

I still have my copy of Ocarina of Time today. It’s not necessary anymore, of course. Time has provided far better ways to play the game than dusting off my N64. At this point though, the game isn’t really what I care about anymore. What I treasure is the memory attached to it and the feelings that come back to life when I hold it in my hands. My Dad might not have liked that I loved games as much as I did, but in that moment it didn’t matter. It was enough for him just to know that he had made me happy.

(The game was amazing, by the way. Well worth the wait.)