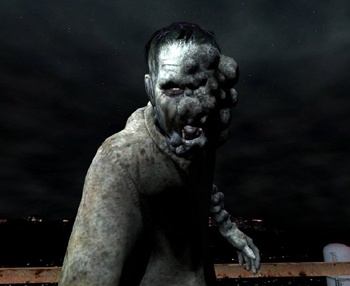 With the living dead in everything from first-person shooters to tower defense games, have games been saturated with zombies? Call of Duty dev Treyarch doesn’t think so.

People complain about games being full of personality-devoid space marines nowadays, but zombies are just as ubiquitous, and nobody seems to have a problem with that. Dead Rising. Call of Duty. Left 4 Dead. Even PopCap has a game with zombies.

Which begs the question: is this whole zombie games thing starting to beat an (un)dead horse? Are we ever going to reach the point at which people will say: “Enough. No more zombies in my vidyagames. The ‘braaaains’ thing has gotten old.”

For Call of Duty: World at War developer Treyarch, the answer is a staunch no. Speaking on the Giant Bombcast, Treyarch community lead Josh Olin remarked that he thinks we haven’t reached the point at which this industry has had its fill of the living dead.

“Out of fear of showing my zombie nerd-ism I will contend that zombies aren’t saturated at all,” Olin said. “I could play zombies for the rest of time.”

Olin then took the argument that zombie games are overdone one step ahead in order refute it: “People thought that about the World War II genre, right – that that was saturated? And I think that with World at War at least our hope was that we would come out with something that was new and different that people haven’t been used to playing before.”

I’ve never been too crazy about the zombie thing, but what say you guys? Have you had enough of zombies, or are you still hungry for braaaaaaaaaains?

The Portable NES You Never Wanted