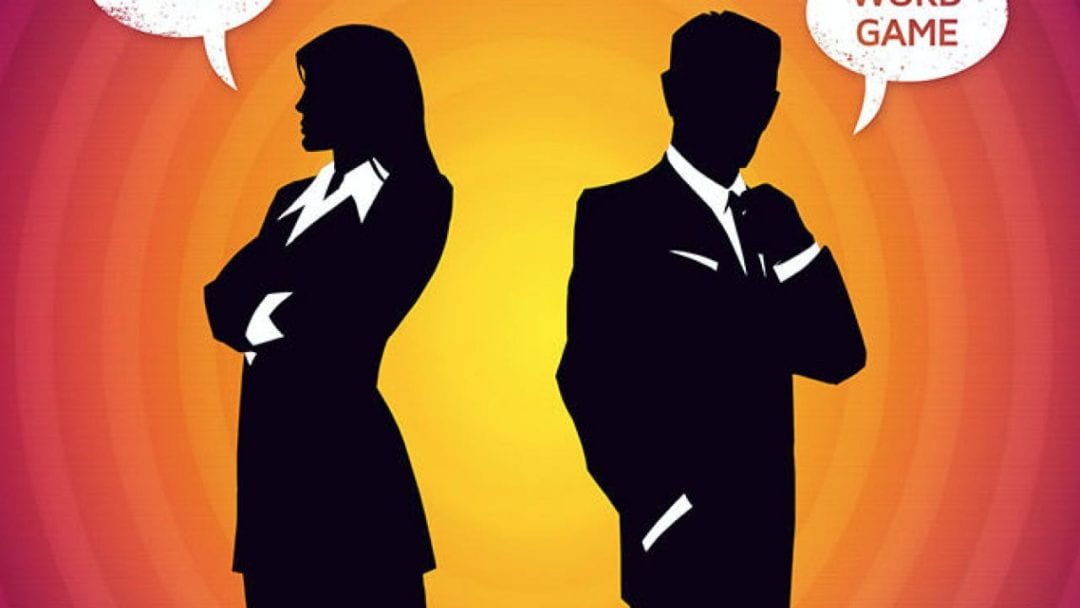 “Willow 2,” our spymaster said, and our team started poring over the random assortment of words in front of us looking for a connection. “Do willows grow on beaches?” I asked the other two members of my team, gesturing to the tile with the word “Beach” written on it while being careful to avoid actually touching it. I was met with one shrug and one “I think so?” I scanned the rest of the tiles and spotted the word “Movie.” “Maybe she means the movie Willow and beach? Let’s try it.” We were half right. I touched the tile for “Beach” and our spymaster sighed while flipping over the assassin, indicating that we’d lost the game. “Willows don’t grow on beaches,” she said. “I wanted you to go with ‘Movie’ and ‘Badger’ for The Wind in the Willows.” But that clue was lost on us since none of us had seen the film.

Victory in party games often comes down to knowing what your friends find funny, but Czech Games’ Codenames might be the best test of if you know how your friends think. The game pits a pair of two- to four-person teams against each other, with one player from each team acting as spymaster. Spymasters sit on one side of the table where they can see a small card with a color-coded map of the tiles in the center. Some are meant to be guessed by either the red or blue team, some are neutral cards, and one card is the assassin, which will automatically cause the team to lose if it’s picked. Whichever team identifies all of their words first wins, so the spymaster has to try to get their teammates to guess as many as they can in as few turns as possible. But the only information they can convey is a single word and how many tiles they think it corresponds with.

Games of Codenames only last about 15 minutes, which means everyone can get a chance to play on both sides of the table, struggling to both come up with clues and interpret them. Codenames is a pretty fascinating exercise in the power of linguistics, with codes often drawing not just on conventional dictionary definitions but references. When my husband gave the clue “Shiny 2” I figured out he meant not just “polish” but “crab,” the latter being a reference to the song sung by a treasure-covered hermit crab in Moana. The real trick is in the wide variety of ways people can misinterpret those clues. It’s incumbent on the spymaster to closely read the board and consider how bad a mistake would be. If it leads the team to choose a neutral “bystander” piece, they’ll lose time compared to the other team. If it gets them to pick one of the opposing team’s tiles, they’re handing over the advantage. Anything that could plausibly guide someone to the assassin tile should be avoided at all costs.

Codenames thrives with teams of three or four people when the guessers can confer while the spymasters put on their best poker faces to avoid wincing when speculation shifts to places that could get the team in trouble. Listening to what your team suggests could help inform the next clue. I’ve managed to win a game just by repeating a word a second time with a new number to confirm that my team was on the right track with everything they suggested. Sometimes players get tired of the debate and just make an executive decision and touch a tile without the rest of the team’s consent, which means the spymaster must immediately reveal what’s there. Don’t be that guy. For every time someone’s instincts were right and sped the game along, I’ve seen two where it resulted in a bad call and everyone at the table shaking their heads in exasperation and trying to bite back harsher reactions.

The randomly selected tiles and configurations mean that every game of Codenames is unique. But once you’ve learned the basics, you can also move on to other versions of play. True to its name, the tiles on Codenames: Pictures use images instead of words. Each of the pictures are weirdly detailed, almost reminiscent of the cards from storytelling game Dixit. That gives more ways to connect the images, but also requires the spymaster to pay very close attention. I used the clue “Cloud 2” in the hopes that my team would pick the two cards that had clouds on them, but they missed the tiny cloud in one image and instead assumed I meant the cloud of steam rising in a picture of a teapot.

Other times you’re subject to the exact same types of misinterpretations from the base game. I tried using “Thrones 2” to guide my team to a picture of a dragon and one of a kraken, but was only half successful as they picked up on the dragon but also chose a coat of arms. Later when poring over the board one of them noticed the kraken and guessed that’s what I meant for them to pick. “There’s no kraken in Game of Thrones,” his partner said. “It’s the symbol of House Greyjoy!” “But there’s not a kraken on the show!” I just shook my head and looked at my opposing spymaster. “You see what I’m dealing with?”

For a more intimate experience, you can go with Codenames: Duet, a fully collaborative version meant to be played by two people. Each player has a different view of the map and has to guide the other to their word tiles while avoiding multiple assassins. Scaling difficulties let you set the number of turns and incorrect guesses that can pass before you lose. I played the game with my husband and we still did plenty of talking out loud when guessing because it was fun and informative for future clues. A two-person game allows for more personal references than you could do in a larger one. I went with “Conservatory 2” and was able to guide him to both “Sun” and “Wedding,” since we got married at the Garfield Park Conservatory in Chicago, though he almost stumbled onto “Sugar” since that greenhouse has a room devoted to fruit trees called “Sugar from the Sun.”

Some of the tiles are shared, so one player guessing it right puts both closer to their goals. One player’s correct guess can also cover up the other’s assassin tile and make it a little easier to offer clues without fear in the future. I can see it being a solid pickup for Valentine’s Day since it’s a pretty nice couples game, providing a really satisfying feeling of working together and a better understanding of your shared reference pool. Just be wary of the types of fights that can be started by one person seeing Homer and thinking The Odyssey when the other is thinking baseball.