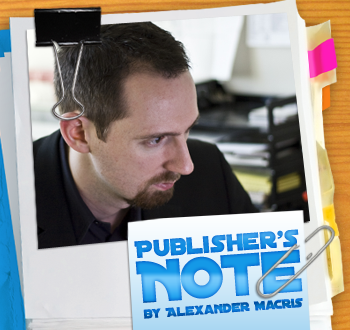 It seems to be the fate of great fantasy fiction to first be ridiculed, and then years later be re-considered as powerful allegory on some contemporary meme. Such was the fate of The Lord of the Rings, the best-selling novel of the 20th century, which was deemed anemic, pedantic, and lacking in psychological depth when it was first published, and then was later re-cast as everything from environmental parable to criticism of world war to Christian epic.

With its two recent reviews of A Game of Thrones, the New York Times managed to shorten this normally decades-long process into the space of 24 hours. Times reviewer Ginia Bellafante began the cycle by ridiculing the series as “boy fiction” with “no larger or really relevant idea[s];” and Heather Havrilesky completed it a day later by announcing that the show “eerily echo[ed] the gathering gloom of our contemporary predicament, from the global financial crisis to nuclear meltdown … ” and “forces us to view [modern] ghastliness with fresh eyes.”

Simple logic dictates that both critics can’t be right; rather, both critics are simply wrong. A Game of Thrones, like its ancestor Lord of the Rings, is neither “boy fiction” to be sneered at, nor is it allegory for the modern condition. It is epic fantasy – a distinct genre, best understood as the historical fiction of imaginary places. In the case of A Game of Thrones, the resemblance to history is all the more apparent, because the plot is loosely based on the English War of the Roses between Lancaster (Lannister) and York (Stark).

Unfortunately, neither reviewer seems to have enough knowledge of history to appreciate this. A Game of Thrones offers us a world bloody and sensual, filled with illicit and heroic deeds. But the sex isn’t “tossed in as a little something for the ladies” (as Ms. Bellafante would have it) nor is the violence present because “grim-faced nihilism [is a] foundational religion” (as Ms. Havrilesky would have it). In both cases, the sex and violence are present out of verisimilitude for a fictional world that bears some resemblance to our own bloody, sensual, illicit, heroic past. Verisimilitude is why A Game of Thrones will never feature Ms. Havrilesky’s “jester with some A.D.H.D.” – and never should.

Does that mean that reviewers are wrong to find meaning in fantasy? Yes and no. History is not allegory, yet it can still teach us valuable things about the modern world. Likewise, as Tolkien once said, fantasy is not allegory, but that does not mean it is without applicability. Where is the applicability of A Game of Thrones? Perhaps the message is that even in the ghastliest of societies, in the face of impending doom, good men like Eddard Stark still rise to fight for honor and right. Whether or not Stark is eventually victorious is beside the point – it is the conflict itself which is ennobling. This was the same theme that J.R.R. Tolkien espoused when he wrote, “a day may come when the courage of men fails, when we forsake our friends and break all bonds of fellowship, but it is not this day … This day we fight.” That’s a theme that’s neither trivial nor nihilistic.

With fiction like LOTR, Harry Potter, and A Game of Thrones dominating the best-seller lists, and fantasy TV and movies breaking viewership records, it’s high time for the ridicule-allegory cycle to be broken and insightful critique to replace it. Fantasy fiction deserves smarter reviews than it is getting. Which is why we’re doing so much coverage.

When we founded The Escapist back in 2005, it was out of a belief that games deserved better journalism than the media at the time provided. But we knew, even then, that it wasn’t just games – it was the entire field of “escapist” entertainment that needed attention (hence the name). In 2011, the cause has advanced, but the war is not yet won. We’re still fighting for escapist entertainment to be taken seriously, one game, one movie, and one TV show at a time.

Explore the Tiny Secrets That Made Super Mario Bros. 3 So Groundbreaking