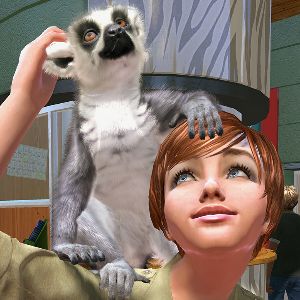 Though somewhat overshadowed by the likes of Ryse: Son of Rome and Dead Rising 3, Frontier’s Zoo Tycoon has carved itself a niche in the Xbox One launch library. Certainly deeper and more fully realized than most of the launch titles on any current system, the latest installment in the Tycoon series will certainly last you longer – and be more engrossing – than anything else you could pick up on Xbox One right now.

Zoo Tycoon has enjoyed several titles and many, many expansions on PC and Mac, but this marks the console debut of the series. Taking many features from Zoo Tycoon 2 and adding a few fresh ideas of its own, this is a simple but absorbing business simulation that’ll give you everything you need to feel like a profitable animal lover – up to a point.

There are multiple modes, including a detailed series of tutorials, and a campaign mode with multiple zoos around the world, each one boasting a series of unique challenges. There’s also a freeform mode, which gives players unlimited funds, and a challenge mode, in which cash and regular tasks remain a constant concern, as one attempts to build a profitable zoo from the ground up.

Building a zoo is incredibly easy. Simply hit a button to bring up the build menu, select habitats, concessions, decorations, or facilities, and then place them on the ground. The game takes care of building paths and comforts between each exhibit. Adopting animals is an equally brainless endeavor, as you click on exhibits and shift through menus to find the beasts you’d like to include. Obviously, selecting the right animals for the right environments is a concern. Putting an Asiatic lion in a Tundra exhibit is about as great an idea as dropping a polar bear in a Savannah enclosure. Exhibits will also need the right cleaning and feeding stations (which must be refilled regularly by the player or hired zookeepers), and a minimum number of compatible animals in order to fulfill each creature’s social needs. 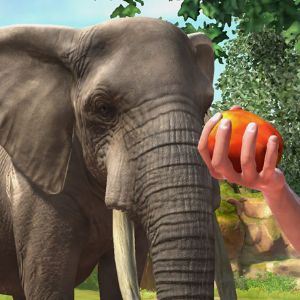 Many features and animals will need researching before they can be used, which just takes time and money. It’s annoying that you can only research one thing at a time, which can really frustrate those who have multiple tasks to fulfill and many plans in the pipeline. It also made it quite easy to forget my to-do list, as I planned to research several things and then found myself dicking around for five or ten minutes as I’m slowly drip-fed my assets.

Balancing the needs of the animals and the guests is a big part of the challenge. As well as animals, zoos will need entertainment, restrooms, and dining. Trash cans will need regular emptying, either by the player manually or by hired janitors. It’s also a good idea to regularly research overall business plans via the zoo’s ticket booth. This can make concessions more efficient, bring more guests in, and reduce costs. Investing more in research can often make the difference between debt and profit.

There’s plenty of other things to be dealing with. Breeding centers give you a chance to get new baby animals. Creatures level up as they get happier, and can be released into the wild at level 15 for a boost in guest attendance and cash. Challenges regularly crop up in challenge mode, tasking players with taking photos of certain animals, making guests happy for an assigned time period, or installing requested features. Players can, of course, also just walk around their zoo in third-person and drive around in a buggy, should they grow tired of overseeing the business as an omnipotent god.

As seems to be mandatory with Xbox One launch titles, players are regularly reminded that Kinect features are included, but optional. You can do everything in the game with a controller, but voice commands are also tossed in for all the menu items, and you can feed, wash, and play with the animals using the system’s gesture and facial recognition features. While it gets confused at times, the gesture controls work better than I thought they would, and most players should be able to pick up an apple to hand it to an elephant with minimal fuss. The facial recognition is a source of limited amusement, as players get to pull faces and have a chimpanzee or tiger mimic them. It’s worth doing at least once, though not much more than that.

The campaign boasts fifteen hours of content, but it gets old fairly quickly. Zoos are pre-built, and players run around performing various tasks to pass the stage and unlock new items. One simple task may be to spruce up the animal habitats and make the creatures inside more happy. While the tasks may be different in each chapter, the legwork required to meet objectives consists of largely the same few interactions. Similarly, freeform mode is a nice idea, but the lack of financial concern makes it surprisingly boring, and useful only for children. By far, the real meat of the package is in challenge mode, which cultivates the best of all options, and can waste hours of the player’s time as they constantly tweak and fiddle to get their dream zoo – either alone, or with up to three cooperative friends. 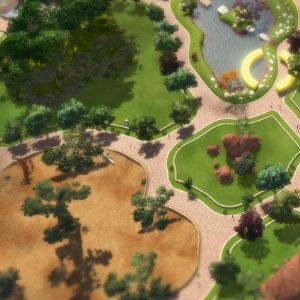 Even in challenge mode, however, the experience can only be deemed fun up to a point. It takes hours to get to that point, but once it hits, it’s overwhelming, and it hits right around the time one reaches the game’s zoo size limit. Eventually, you’ll be at capacity for exhibits, animals, and concessions, unable to build anything else, and the capacity feels quite constricting once it’s reached. Not only that, but it can become incredibly frustrating once you’re full up and still find yourself balancing the demands of your guests. At one point, I found myself in a situation where guests were constantly unhappy with the amount and variety of everything in my zoo. It was literally impossible to meet demand, as I couldn’t add to the variety of one element without selling stuff and reducing the variety of something else. At this point, the balancing act felt unsustainable and I stopped enjoying the zoo. Eventually, one is painted into such a corner that the only option is to move on and start a fresh zoo.

While its fun only lasts so long, it lasts longer than most of the games available on the Xbox One and PlayStation 4 at launch. Zoo Tycoon may not look like a contender to the uninitiated, but fans of the series will already vouch for its legitimacy, and those who have already picked it up will likely agree that it’s one of the more satisfying Xbox One titles on the market. Easy to get into, but with just enough nuance and depth to keep one invested for a while, Zoo Tycoon inevitable limitations won’t overwhelm what is an impressive little sim.

Bottom Line: A rewarding business simulation for all types of players, though one that eventually boxes in the player a little too much.

Recommendation: You likely won’t be playing it months from now, but for the amount of content and the fuss-free accessibility, it makes for a perfect introduction to the Xbox One.

Devs May Be “Waiving Their Rights” By Allowing YouTube Gameplay Video