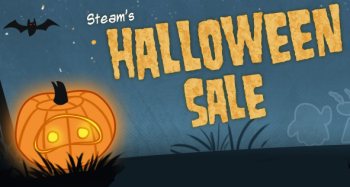 It’s time for another excuse to throw your money at Valve.

The truly poor and/or cheap can get in on the action too, with bargoon fare like F.E.A.R. 2 (which was actually pretty good and had one of my favorite endings ever) for $3.49, Sherlock Holmes: The Awakened for $2.49, Limbo for $2.49 and a Cthulhu Saves the World/Breath of Death VII double-pack for 99 cents. Ka-blammo!

There’s plenty of other stuff up for grabs, all of which I could list for you here, or you could just head over to the 2012 Steam Halloween Sale and check it out for yourself. Yes, let’s do that instead. Don’t forget your wallet!