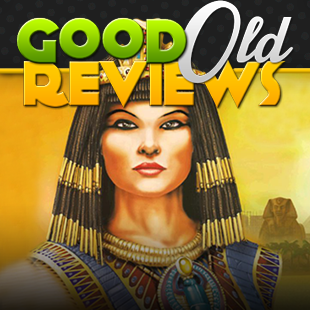 Ancient Egypt has almost 3000 years of history, conflict and drama to draw on. So why, we wonder, is it such a neglected era in video games?

When I first picked up Pharaoh in 1999, I didn’t pull it off the shelf out of a love for city building games. Back then, at the age of eleven, I barely knew the genre existed. Neither reviews of the game nor Sierra Entertainment’s reputation were behind the begging I subjected my parents to for the game. I was drawn to its golden box for one reason only: its setting.

An early exposure to too much Discovery Channel had instilled in me an enduring love for everything Ancient Egyptian, so much so that becoming an Egyptologist was my stated career goal through much of my childhood. Tucked away in my parent’s basement are endless reports, dioramas, and essays about the pyramids, the Pharaohs, and the massive history of Egypt. I fell in love, in turn, with the gameplay and story of Pharaoh, to the point that I carried its massive, history-laced manual with me to school, sleepovers and anywhere I could conceivably find time to read.

When I picked the game back up recently to review it, it struck me how few games there are that make good use of Egypt as their setting. To be sure, Egypt does make a regular appearance in games, but few devote themselves so fully to the setting in the way that Pharaoh does. While the iconic monuments of ancient Egypt have appeared in games like the original Tomb Raider, Crash Bandicoot and Serious Sam, they’re most regularly used to give game developers an easy excuse for a desert area or a mysterious tomb. The classic shambling mummy provides a mystical enemy to be feared and fought by players. The source of the monuments, the ritual of mummification, and the overall context of actual Egyptian history rarely have any influence on the gameplay. It’s window dressing and nothing more.

Not surprisingly, adventure games have often gotten the closest to making good use of Egyptian culture and history. The Egypt series of adventure games from Cryo Interactive puts the player into the New Kingdom era of Ancient Egypt, when the empire was at the peak of its power. Ankh: The Tales of Mystery, and its remake, Ankh, puts the player in shoes of the son of an architect in ancient Egypt who has drawn down a mummy’s curse on himself. The mysteries and plots of both of these games are based on ancient Egyptian life and even starred Egyptians as the main characters. 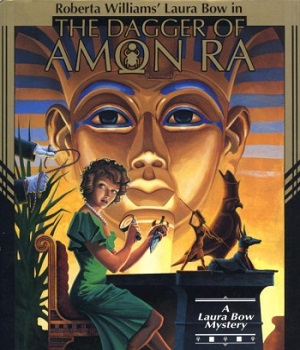 Other adventure games have also used Egyptology as the basis of their story. Nightfall puts the player in the role of an archaeologist exploring an ancient Egyptian Tomb, and Nancy Drew: Tomb of the Lost Queen is set during an expedition to a new archaeological site near Cairo. The mystery The Dagger of Amon Ra, starring Roberta Williams’ character Laura Bow, is set in a museum’s new Egyptian exhibit smack dab in the middle of the Egyptology frenzy of the 1920s.

As good as these games were however, they did little to make up for the game industry’s overall failure to reach beyond the pop culture images that most people associate with Ancient Egypt. It’s sad because the region has a 3000-year history that’s so much richer than just mummies and the pyramids. In that time, Pharaohs united the lands of Upper and Lower Egypt, waged war on the nearby Nubian people as well as the Hittites and Bedouins, worshiped a shifting pantheon that included regional gods and powerful priests, invented beer and built over one hundred pyramids. I could spend the space of an entire column detailing the incredible accomplishments of this period in Egypt’s history. Anyone who knows even a little of the history could tell you that we’ve barely scratched the surface of fascinating stories that could be told using this setting in video games.

I want to feel that same giddy excitement that first made me pick up Pharaoh again. I want a stealth game like Thief where I sneak into newly completed tombs to plunder their riches. I want a dynasty building game like Crusader Kings to let me wear the crown of a Pharaoh. I want an Assassin’s Creed that takes players to an Ancient Egypt as lovingly recreated as European locales like Paris. Put succinctly, I want gaming to give this region and era that I love the attention it deserves.

Come back next week for Stew Shearer’s review of Suikoden II. In the mean time, feel free to PM us with comments and suggestions for future reviews!