Disclaimer: All hardware (VirZoom and Oculus Rift) was provided to The Escapist by the respective producers.

The major VR headsets are all here. Virtual reality isn’t a failed 90’s console or a pair of 3D goggles, and it’s no longer a prototype – VR is here. Developers and retailers alike have embraced the virtual reality craze, with a growing number of consumers joining them. However, I have remained stubbornly skeptical of the long-term viability of virtual reality, particularly as it relates to video games. For people in my position – that is to say, a parent – the ability to find the time to completely cut oneself off from their surroundings entirely is limited at best. I do, however, see the appeal of the headsets for someone like me when combined with the “right” niche. Enter: VirZoom. 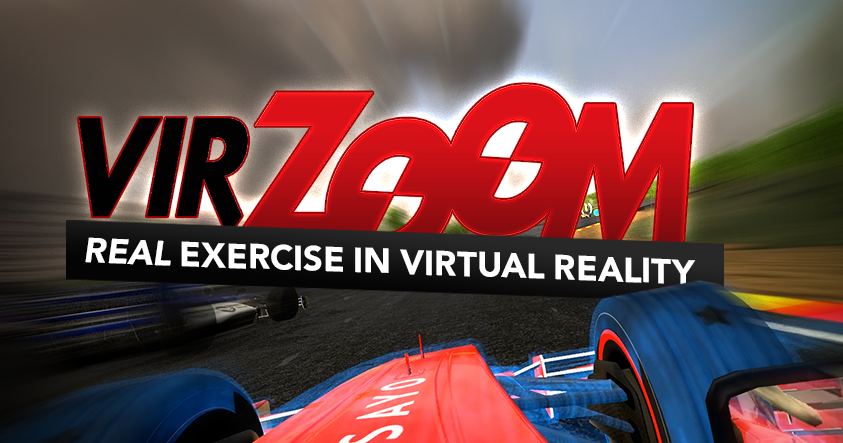 The VirZoom exercise bike is a truly fascinating item. At a glance, it looks much like a small exercise bike. Because, well, that’s exactly what it is. The product weighs in at roughly 40 lbs, folds easily for storage, can be integrated with Strava and Fitbit, and has adjustable tension. However, this particular small exercise bike syncs with VR headsets in order to provide a virtual reality gaming experience while you exercise. The assembly took less than half an hour, and from there all I had to do was pop in a few batteries (included!), plug in the USB dongle, and install the software. From start to finish, I was ready to go in about 45 minutes.The controls are simple – peddling will move you through the game. Leaning left or right will move you to the sides. Buttons and triggers on the handlebars do the rest. The goal is to encourage exercise by distracting the player from the fact that they’re exercising. It builds off the Wii Fit model, using interactive entertainment and gameplay as a gateway into fitness. But the question is, is it worth it? 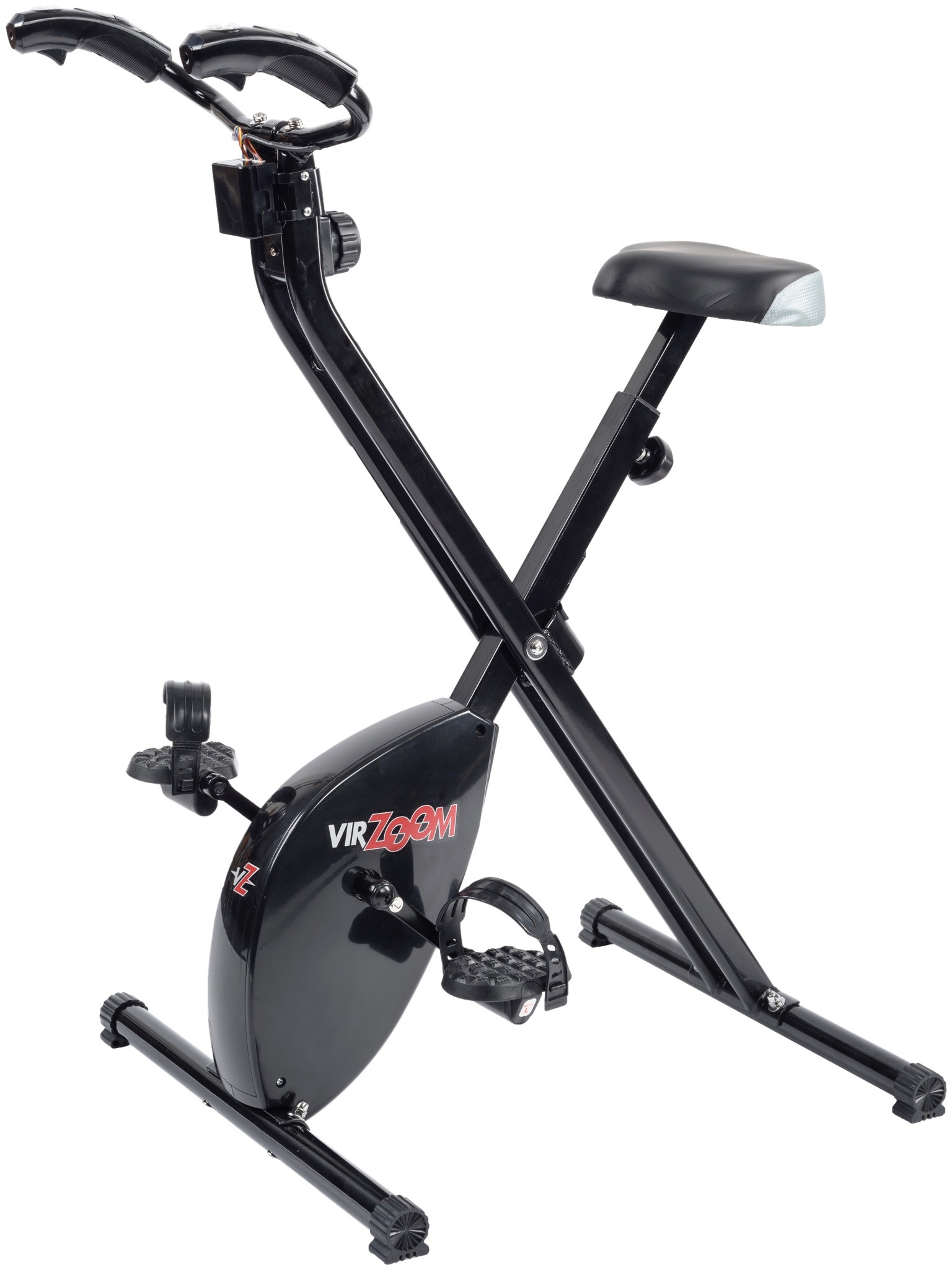 The VirZoom hardware on its own is interesting, but what’s even more important is what you can do with it. Unsurprisingly, VirZoom includes a bike riding game, with the option of competing against other players or meeting specific milestones, either in-game or self-determined. However, you can also chase bandits on horseback, drive a tank, fly on a pegasus, and more. The currently available games are limited, and can be accessed through the free software package VirZoom Arcade, and with a price tag of $399 I expected more available games, particularly when factoring in a headset and the computer needed to run it. It feels like a relatively large amount of money to put out in order to feel like you’re riding on a horse – however, the creators were quick to stress that the catalogue will be growing over time with free updates, and the bike can also be used as an emulator for regular VR games. That being said, once the software library expands I fully expect the overall value of the bike to as well, and there’s just enough variety that everyone should reasonably be able to determine a few games that they prefer and use them to change up their routine without it getting stale quickly. The biggest contributing factor to this is not necessarily the games themselves, but rather the ability to connect with others online, tapping into the inner competitiveness that we all have deep down.

With VirZoom, you’re still exercising. However, it manages to change the ways in which exercise is incentivized, marrying the long term motivation of health and fitness with the short term goal of progressing through a game. You can immediately win a car race, or immediately take down bandits in the wild west, or immediately move your tank forward and blow some shit up. I have to admit, for the majority of my workout/gaming session, I had forgotten I was actually exercising. Further, even when my thighs began to burn and sweat started to run down my face, I found it incredibly difficult to pull myself away. I was so focused on catching all of the bandits, I pushed myself much harder than I would have had I been sitting on a bike in a gym reading the subtitles on the evening news. With VirZoom, exercise almost takes a backseat – you’re playing games. You just happen to also be doing something good for you in the process.

The most immediate and glaring issue with the VirZoom has nothing to do with the product, or software, but rather what it makes your body do. More specifically, it makes you sweat – as exercise so frequently does. This is an issue when you begin to consider the headset you spent hundreds of dollars on. The areas that come in direct contact with your skin aren’t easily cleaned, and I don’t think I need to spell out what kind of issues could arise, especially when sharing your headset with others. I was able to come up with a temporary, although perhaps not quite classy, solution by wrapping the area with Saran wrap and a sweat band and by forcing myself to take more frequent breaks than I would have liked. While you can purchase a third party VR Cover, that’s still an additional cost after purchasing the almost $400 bike.

Ultimately, software will be what makes or breaks the VirZoom. The bike itself accomplishes its mission – distracting you from exercise with games. If you’re motivated enough by the games to want to play them, you could be using the bike every day. If not, you’ll end up returning it or storing it in the basement with your graveyard of other forgotten at-home exercise equipment. Overall, despite my criticisms, I have found both the equipment and software to be engaging enough – as someone who is motivated more by winning than wellness – and have been able to incorporate it into my daily routine. I can’t offer a solid recommendation, as there is nothing to really compare it to, but I do believe it is a product worthy of consideration.