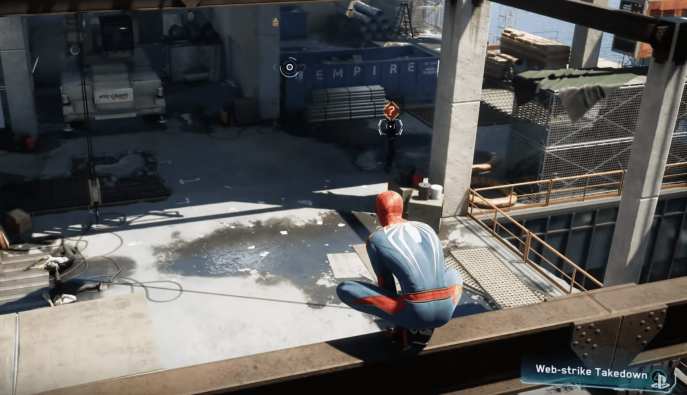 You’ve probably heard about games that were visually downgraded before release. Usually we’ll get a trailer or an E3 demo that shows off a game and makes it look like the arrival of a glorious new generation in graphics technology. Then the game comes out and the release version looks like the same stuff we’ve been seeing for years.

Ubisoft is seen as the biggest offender, but you can find examples from all over the industry. You can even find many different compilations of titles that promised us solid gold and instead delivered shiny yellow plastic.

I spent a large chunk of my career as a graphics programmer. My knowledge is pretty out-of-date by this point, but I know the business well enough to say that a last-minute downgrade is the opposite of what we should see from a graphics engine in development.

When you’re working on a graphics engine, it usually comes together towards the back half of the project. It’s generally considered a bad idea to optimize your code before you’re done writing it. As programming and computer science pioneer Donald Knuth once said, “Premature optimization is the root of all evil.” In short, you don’t begin streamlining your rendering pipeline until you’re done designing it. Features come online as the project progresses, polishing the overall look of the game.

What we should expect to see is a game looking a little rough around the edges a year before launch. Then the released version ought to have better visuals and a higher framerate. Instead we see games looking gloriously next-gen during the hype phase and arriving on store shelves looking like more of the same current-gen technology.

Having this happen occasionally might be understandable. Maybe the team tried to push the technology, but in the end they couldn’t make it work and had to revert to tried-and-true rendering techniques. But when this sort of thing happens again and again, it seems less like an attempt to make something new and more like an attempt to deceive the consumer.

I’ll admit I’m a bit of a graphics hipster. I don’t need cutting-edge graphics to get immersed in a game, and I’ve been saying for years that developers should focus more on art style and less on the single-minded pursuit of brute-force photorealism. Having said that, if a publisher wants to sell their games based on how they look, then I think it’s totally reasonable to expect them to deliver on what they show us. I won’t scorn your title if you serve up a stylized world like Borderlands, Fortnite, Overwatch, Telltale’s The Walking Dead, or even Minecraft, but if you promise me a next-gen miracle, then I expect to see the miracle on launch day.

I understand how we got here. I don’t think publishers began this mess with the intention of lying to their customers. I think they got pulled into a hype machine of their own invention and we wound up stuck in a feedback loop where the best liar wins. Or, more importantly, where the most truthful party loses.

Let’s imagine you’re in charge of a major publisher. There’s no such thing as the graphical downgrade yet, and you’re just trying to make a quasi-honest buck selling videogames.

You’ve got a bunch of games you want to showcase at E3 this year. The problem is that you’re trying to sell an interactive experience to a passive audience. Those thousands of gaming journalists in the audience can’t all experience the game for themselves. They can’t sample the gameplay, and you don’t want to spoil the story, which means you’re basically trying to sell your games based on looks alone.

The problem is that those journalists are going to be looking at dozens of games this week. Perhaps even hundreds. For them, the week is a blur of late nights, tight deadlines, and countless hours of flashing screens and earth-shaking sound systems. The people you’re trying to reach are tired, footsore, and nearly desensitized to spectacle.

Sure, you can offer a playable demo on the show floor. But floor space is precious and playing a game takes time. Maybe a handful of people can spend 15 minutes with your game in a closed demo, and maybe they can write about the experience. That’s nice, but it’s not the same as consumers playing it for themselves. If you let a journalist play your game, then you just have to cross your fingers and hope that they’ll find it interesting enough to cover, they’ll like it and that they’ll convey the quality of your product to their audience. Sharing gameplay is risky, and you can only reach a handful of journalists.

You’ve spent millions of dollars to bring your games to this show, and millions more are on the line. If your big tentpole game knocks journalists’ socks off, then that could lead to a positive buzz that makes you millions of dollars. On top of that, your shareholders pay attention to these shows. They’re hoping to hear something like, “MegaCorp Games had an impressive show this year!” A big part of your job is keeping those shareholders happy, and the last thing you want is to get a polite shrug of indifference from the gaming press. Making sure your company is “moving forward” and impressing the audience is one of the most important parts of your job, second only to making those revenue numbers go up.

Next year, when your games come out, they’ll be judged on gameplay, story, stability, and value. But at your press event, looks are everything.

So then someone gets the idea that maybe we can use a little bit of fakery in our trailer. We’re going to be showing the trailer on that gargantuan 20-meter screen in the exhibition hall. If we stretch our usual 1080p footage over that thing, it’ll turn to mush. So why don’t we capture the trailer in 4K resolution so it looks good on the jumbo screen, even though the game itself won’t run at 4K? Also, the standard textures won’t look good at that resolution so we’ll need higher definition textures in the trailer than what will be present in the final game. That’s not really cheating, is it? We’re just trying to adapt the trailer to these unusual viewing conditions.

Ubisoft sees us doing this. They can’t afford to be upstaged, so they take it to the next level. They’re using extra lighting and shadow passes to make their trailer look better than will ever be possible on current hardware. Nobody punishes them for this behavior. There’s no backlash. In fact, some people take the visuals at face value. As a result, Ubisoft’s getting all the attention at the show.

We can’t let them cheat their way to victory. In fact, aren’t we sort of obligated to keep up with them? It doesn’t seem like the audience minds.

The next few years are an arms race of deception and fakery as each publisher has to dress their games up to make sure they capture as much attention as possible. Each show widens the gap between what we promise and what we plan to deliver.

As a result, our demos become an absurdist fiction. We’re showing off 4K images at 60 frames per second using lighting effects that are just barely possible on top-end PC hardware. By the time that title  is running on today’s consoles it’ll look like a completely different — and much older — game.

This is the trap. Whoever stops lying, loses. It doesn’t even matter that game journalists can usually see through our act. They know the game probably won’t look like it does in the trailer, but all they have to show are the images we give them!

Their options are to accept the fraud, or pass on covering our stuff and lose the traffic. They’re effectively just as trapped as we are since whoever stops reporting on the show loses.

All of this forms a nasty feedback loop that magnifies the problem. Consumer excitement drives journalists to cover our events, which drives us to try to upstage our competition with more impressive visuals, which drives consumers to become even more excited.

This brings us to the puddle controversy …

Some eagle-eyed players noticed slight differences between the E3 demo of Marvel’s Spider-Man and the final release version. There was a reflective puddle that got much smaller. Spider-Man’s costume became less bumpy yet more colorful. People latched onto these changes and held them up as proof that we’d once again been tricked by a dishonest publishers pulling a graphical downgrade.

Forbes called the controversy “One of gaming’s dumbest,” and, to a certain extent, I agree. The changes look less like a reduction in quality and more like slight artistic alterations. Having said that, I was still relieved when the fuss started. Sure, I think these changes are minor and I can’t really get behind the idea that the publisher was engaging in calculated deception. But the fact that people noticed means that people are now paying attention. These people are making a fuss because they’ve been deceived for years and it’s made them cautious and perhaps a bit reactionary.

Maybe the fuss over something as innocuous a puddle seems like a bit much, but this is how you knock publishers back in line. It might take a few blows to the head, but once they get that deceptive visuals will lead to public backlash, they’ll be less eager to engage in that sort of nonsense. This breach of trust began with the big publishers, and it’s up to them to fix it. Knowing that consumers are obsessing over pixel density, reflections, and puddle sizes might just give the big publishers the motivation to change their behavior.