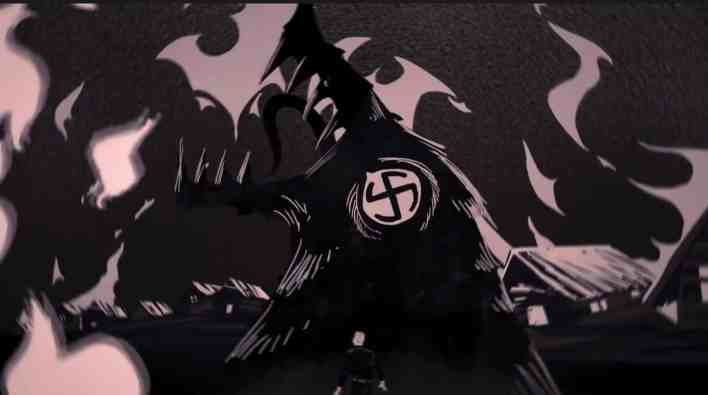 War Mongrels, a top-down, story-driven World War II epic, just had its first extended gameplay footage revealed. Destructive Creations premiered the 24-minute video as part of Realms Deep 2020, showing off the game’s second mission. Twisted cutscenes and an interesting narrative setup are only a few of the offerings featured in today’s narrated gameplay footage, which also presents the game’s Planning Mode, combat, and other features.

After Manfred and Ewald realize the horrific truth behind the German army’s propaganda, the pair take off on a motorcycle and desert in search of a new purpose. When they run out of gas, they stop at a village to resupply, but find it occupied by the Einsatzgruppen, Nazi Germany’s paramilitary death squads.

Destructive Creations, which previously worked on Hatred and Ancestors Legacy, announced War Mongrels in late August as a new World War II video game inspired by real events of the Eastern Front. Though the game promises its fair share of suspenseful moments, players will be able to journey through the entire bleak story with a friend thanks to a co-op feature.