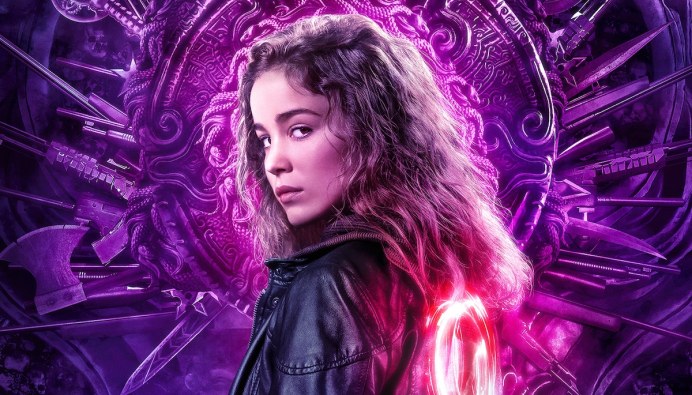 Netflix has dropped the first trailer for its new supernatural series Warrior Nun, which features a bunch of warrior nuns. Think Buffy the Vampire Slayer, but the entire team is women and there’s a lot more religion. The series was created by Simon Barry and even has everyone’s favorite voice actor, David Hayter, writing and producing it.

The show is based on an American manga called Warrior Nun Areala, though it seems to be avoiding the comic’s racier outfits for something a bit more practical. The series follows “a 19-year-old woman (Alba Baptista) who wakes up in a morgue with a new lease on life and a divine artifact embedded in her back. She discovers she is now part of an ancient order that has been tasked with fighting demons on Earth, and powerful forces representing both heaven and hell want to find and control her.”

Sounds pretty straightforward and it doesn’t really look like Netflix is aiming for something high-level with this one, but more along the lines of an R-rated campfest, which is exactly what warrior nuns battling hell demons should be. The trailer itself pretty much boldly proclaims this with the “f**ks given” dad joke. It’s in a bit of contrast to the streamer’s other supernatural effort, The Old Guard, which plays things far straighter.

Warrior Nun will premiere on Netflix globally on July 2.