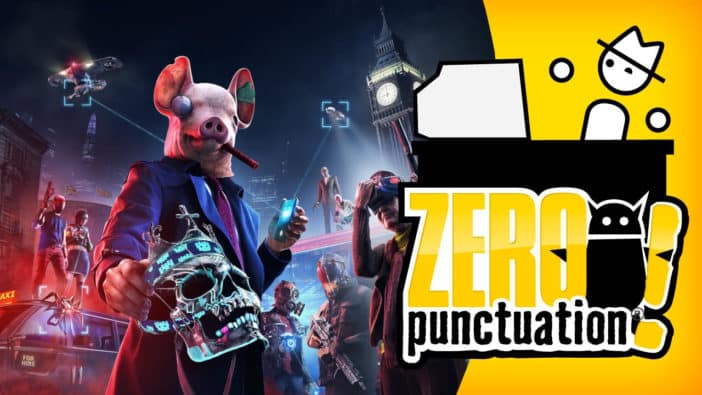 Alright, I have to be professional about something. Don’t worry, this won’t last long. I need to disclose that I worked on Watch Dogs: Legion. Not in a hugely significant capacity, they just hired me to punch up the dialogue for the AI support character who keeps making inappropriate jokes. And they didn’t use all my lines, I think they felt some of my inappropriate jokes weren’t appropriate. Point is, it was just a bit of punching up and shouldn’t preclude me from giving an unbiased review of the game. Okay? Okay. Now. Watch Dogs Legion is the third instalment of the series that began with the gritty vigilante adventures of Aiden Pierce The Amazing Magic Tramp and has now morphed into a light hearted power fantasy in which we enter the corporate dystopia we’re all looking forward to living in pretty fucking soon and imagine that our smartphones essentially function like the magic TV remote from the movie Click. This time, jolly old London is stricken by a major terrorist bombing and is swiftly transformed into horrible new London by a cabal of evil power brokers, while the blame is placed on the local branch of the DedSec hacktivist group. With the city under the bootheel of an oppressive militia, it’s up to DedSec’s last remaining member and a hyperintelligent AI with I must say quite remarkably well punched-up dialogue.

to recruit a new DedSec from the restless population and help the people of London get back to their natural state of football violence and faintly smug attitudes. Watch Dogs: Legion has a significant gameplay gimmick – and by Christ does a Ubisoft sandbox need one of those, fucking three dimensional clouds of busywork that they are – that you can recruit and then play as any NPC in the game. If you want you can build a new DedSec consisting entirely of elderly women. Or enemy soldiers if you feel like putting the time in. Or everyone with facial hair reminiscent of my old media studies teacher. On top of that, every NPC has their own agenda and has associations with other NPCs so someone might get harder to win over because you flattened their auntie Mavis between a bridge support and an ice cream van. As gimmicks go I would describe it as “courageous.” The same way I’d describe someone trying to teach a roomful of cats how to unicycle. Because it means the game is going to be precariously perched on a very complex network of interlocking systems and that’s probably why the AI bugs out so much.

You can shake off pursuing cops by running through the gap between a fence post and a crisp packet and leave them vibrating in rage at your uncanny parkour skills. Also, while it ties in nicely with the message, that everyone has the power to resist oppression, Rosa Parks, the Tiananmen Square Bloke, that one pig who selflessly let David Cameron stick his knob in its head, and much as the main characters of the last two games both had knobs for heads in subtly different ways, the story does suffer from its lack of a specific protagonist with a central arc or direct connection to proceedings. It makes all the story moments feel a bit, detached, I suppose. “So, you have uncovered my sinister plan, Insert Name Here! No matter, I have a general sense that you can’t stop me.” It’s painfully obvious that all your current character’s dialog lines were recorded out of context, the mixing and tone of voice usually feels weirdly off kilter with the rest of the scene. And what certainly doesn’t help is that there seems to be no setting for accents in this game besides “cartoonishly broad.” It’s like listening to a Mary Poppins-era Dick Van Dyke doing a one-man table read for an episode of Captain Planet.

But every NPC having different skills and weapons and specialties surely makes for interesting gameplay at least, oink oink? Well here’s the thing, passing decapitated pig: for the vast majority of missions it doesn’t matter who you’re playing as – police officer, ice cream man, goldfish in a bowl on a skateboard – because all of them can be equipped with a spider droid, and this game might as well have been called Watch Dogs: Just Use The Fucking Spider Droid. The Spider Droid is fast, agile, hard to spot, and it can open doors, take down enemies, pick up collectibles, hack most systems, play audiobooks, dice vegetables, and in short can do everything a human can do, with the significant exception of die. Even if the enemy spot it and blow it up and start hunting around for its controller, but as long as you’re outside the building you can stand in front of their windows with two middle fingers up and your knob pressed against the glass and they won’t do shit. So if you’re the sort of person who just wants to beat the game’s challenges as efficiently as possible there’s not much point in recruiting a range of talents ‘cos everyone’s equally talented at being a spider droid delivery system.

In Ubisoft sandbox tradition every mission has a range of different approaches – usually meaning, you can stealth it up or shoot it up – but there’s always at least one method that makes things completely fucking trivial. Most of the time it’s the spider droid, but I guess if you recruit one dude with an assault rifle for the occasional forced combat section and one construction worker who can spawn a rideable cargo drone who can drone straight onto the objective, grab it and drone straight out again with two middle fingers up and buttocks mockingly exposed, that’s pretty much all you need. And while I suppose it’s somewhat entertaining to completely Woody Woodpecker the enemy and watch them shake their impotent fists at your detrousered undercarriage wiggling its way over the horizon, if you’re after a challenge it’s as satisfying as winning a game of air hockey against a packet of Jaffa Cakes. Nevertheless, I do think there’s a lot of fun to be had with Watch Dogs Legion, it’s just that a lot of it might be at the game’s expense. Its expansive array of systems and dodgy AI mean that it’s got a lot of potential for finding your own entertainment, probably more so than most Ubisoft sandboxes.

As I said, the lack of strong characterization does hurt the story. I mean, I’m pretty sure most real people would respond to complete strangers asking them to join their best friends no oppressive regimes allowed treehouse club with either bafflement or a faceful of commercial grade pepper spray. But it does mean it’s easier to amuse yourself by making up your own stories for your characters. The game forces you to recruit a construction worker as part of the tutorial, and I ended up using that dude to complete the final mission, because fuck, from token member hired only ‘cos we wanted to play on his rideable drone to champion of the resistance, this dude’s had a motherfucking arc. Also, for the sake of extra challenge I decided that he refuses to use any form of transport other than riding on top of double decker buses, because of a childhood trauma involving a model train set and a crab. Also, he strictly avoids violence while on missions because the sight of blood reminds him of Cheltenham FC, and when combat is required he defers to his teammate, Crazy Mildred the elderly nailgun murderer. Who has to knock down every lamppost she sees to raise awareness of child leukemia. And who wears a really stupid hat. 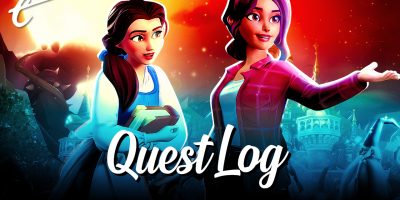