I’m two hours late. I hate that I’m two hours late because I know it’s already in full swing. I’ve been waiting for this for months. To my surprise, someone answers when I ring the doorbell. It’s Chris (callsign: “Spartan 117”).

“Brandon! You know on a Halo Sunday you don’t right the doorbell,” he says. “You walk right in!”

And there they all were, looking like three and a half years hadn’t gone by at all.

After a round of handshakes, I (callsign: “No Name”) ask everybody how they’re doing. When it gets to Dennis (callsign: “Diglo”), he says with pride: “I got a baby on the way.”

Without missing a beat, Rob (callsign: “Devon Roma”) breaks in, pointing at his stomach: “Yeah, you’re starting to show a bit.” Laughter ensues, filling the room, and the house. 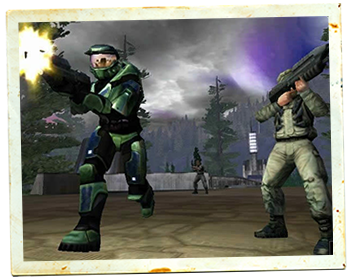 For me, it all started with a barbecue in the summer of 2003. My dad’s neighbour, Dennis, happened to mention that he was a big fan of Halo, which had already been out for more than two and a half years at that point. Dad told Dennis that I was also into Halo, despite the fact that I hadn’t actually played the game in a very long time. I got called over, and ten minutes later, I was invited to something called “Halo Sunday.”

The chit-chat lasts for about five minutes. We’ll catch up later. It’s time get back into the game. The teams are reshuffled now that I’ve shown up, and I soon find myself sectioned off in a room with Chris, Dennis, and Goggles (real name: “Kevin,” but nobody calls him that on Halo Sunday). Like old times, we all sit around our own console and TV, connected to three others about the place, as that simple, lovely sound of chanting choral voices brings back a sudden swell of memories.

I feel weird holding an Xbox 360 controller playing a game that predates the thing by four years. As the countdown timer begins, then is halted, then begins again while Chris yells at everyone in the house to actually pick the right damn team (“Guys! We’re blue! GUYS! Switch to BLUE!”), I try to hit the black and white buttons, and realize they don’t exist anymore.

Then I wonder with a start if I’ll remember how to play this game.

Halo doesn’t care if I’m ready. The beep sounds, and we begin.

I was hooked five minutes into my first Halo Sunday. Soon every week of that summer was punctuated by the day I met up with my fellow Spartans. I didn’t know that I was part of a console revolution spurred by the game, introducing us to something called a “LAN party.” I didn’t know that PC gamers were scoffing at this wave of gaming culture, saying that it wasn’t a big deal because they havd been doing it for years. Honestly, I didn’t really care. All I cared about was that I now had a group of friends that understood me when I talked about pistol combos, the Covenant, and “fuzzy blue spiders.”

I’m in my usual spot, on top of our base with the sniper rifle handy. The Gulch is quiet, but I know something’s up. I spot a warthog with three Reds barrelling down our right side and quickly start throwing grenades while I close. Four Blues join me, and suddenly all I see is the warthog flip over us, spilling all three Reds. My teammates and I fire every which way to finish them off.

Afterward, I run into our base to get ammo, and notice something’s off. Something’s missing.

Our quick conversation carries down to the main floor, and soon the Reds down there are laughing. So are we.

Then we try to chase down the buggers who took it. 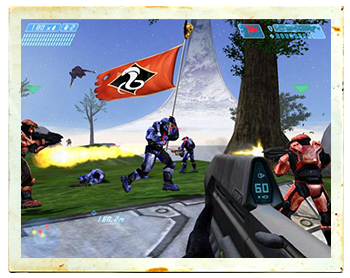 For the life of me, I couldn’t tell you with absolute certainty any of the cool moves that were pulled off during the matches over any of the Halo Sundays. Sneaky captures, killtaculars, and running riots all blend together in my mind.

But I can easily recall us stepping outside for a break to watch fireworks during a Halo Sunday on Canada Day. Watching a hockey game which fell on another one, and then turning back to Halo in disgust when our team was getting smoked. Talking about relationship stuff, life stuff, everything in between while we took breaks from killing each other. Meeting each other on nights not reserved for Halo just to hang out, and go out on the town.

Then the strangest thing happened: I found myself at a wedding. In the second row, family of the groom just ahead of me, other regulars of Halo Sunday at my side. I remember, clear as day, having this thought while my Spartan friend and his fiancée were exchanging vows:

“Halo did this. Halo is the reason why I’m here right now.”

We’re all taking a break and eating delicious barbecued burgers now, and I’m realizing how much I miss these guys, how much I missed this day of the week. How much I needed it back then, when the stress of university and my job were weighing on me and I couldn’t get a girl if my life depended on it.

Dennis and I are sitting in Chris’ living room, and I begin to marvel at how fast Halo Sunday fell apart when Halo 2 came out. And we both know why, ironically, it happened.

“It was Xbox Live,” Dennis says. I nod in full agreement.

“There was no reason to actually be here anymore,” I reply. “We just kept saying we’d meet online, and we never did.”

“Yeah, and you can’t yell at a guy across a house over a headset,” he adds.

We bought the hype, hook, line and sinker. How could we not? Hell, the whole reason the group was named “Spartans of Halo” was for this moment — when we could actually form a clan online. Halo 2 offered us what we were craving: Halo Sunday, every day. All of us stood in line for the midnight sale on Nov. 9, 2004, and cleared our night/morning to play it together at Dennis’ new place. That first night, we thought it was glorious. We ignored the fact that the weapons were wildly unbalanced and that the maps were less interesting. We were floored by how pretty it was, and excused the game’s faults by saying “We’re not used to this one yet.” And so, bleary-eyed, we all went home and promised to meet up online as soon as we could.

We didn’t even notice as Halo Sunday went away. The LAN party anchor was gone, and so was our need to actually set aside time to play together. We always said we’d meet online, but with school, family, and work all getting in the way, it was impossible for us to get on at the same time. Halo Sunday slowly became Halo Monthly, then Halo Quarterly, and finally Halo TBD.

Had I known back then that the Halo 2 launch would be our last big shindig, I would’ve tried harder to say some goodbyes. And pulled off a few more triple kills for posterity’s sake. 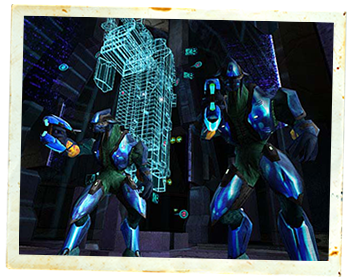 I wonder where Zach is. He was six when I first met him, and has been one of the Spartans of Halo longer than I have. It wouldn’t be Halo Sunday without little Zach (callsign: “Hellboy,” “Van Hellsing,” Stonecold,” etc.) pulling off some ridiculous move and yelling a shrill taunt at whoever he bested.

During a break in the action, out the corner of my eye I see a teenager with a deep voice trash-talking some of the other Spartans in the living room, who laugh along with him. “Who is this guy?”, I ask myself. Then I look closer and notice it with a start:

Time passed. I moved to a new city, made new friends and played new games. But one day last March, more than three years after the final Halo Sunday, I answered my phone. It was Chris. He wanted to get the band back together. And there was no way in hell I was missing it.

Before I know it, 14 people drop to 10, then eight, then six. Then, faster than I would’ve liked, the Halo Sunday Reunion is over.

I say goodbyes to my Spartans. Maybe we’ll catch each other online down the road — if our jobs allowed it, if we had finished our errands, if we had an hour or two to spare, and if our schedules lined up.

But even then, it won’t be the same. And so I think about the next reunion, when I can again fist bump the Spartan beside me when we finally capture that damn flag. Or have ridiculous post-game discussions (with burgers) that drift off into every conceivable subject. And hear the sound of laughter filling the entire house when something absolutely stupid/ridiculous happened.

Once a Spartan, always a Spartan. Yeah, it really is good to play together.

A former senior writer at CBC Sports Online, Brandon Hicks is going to learn how to design videogames in the fall. And he maintains, ad nauseum, that the sniper rifle in the original Halo is still to this day the best weapon of the series.