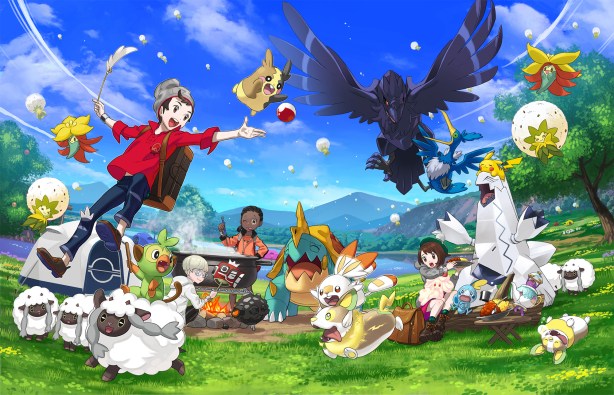 Like a Rayquaza using Hurricane, a storm of controversies prior to the 2019 release of Pokémon Sword and Shield whipped fans up into a frenzy. For the first time ever, a Pokémon game would move to full 3D with a pseudo-open world to explore, yet it looked far worse than comparable titles on Nintendo Switch with pop-in and low-res textures in abundance. Even more unfortunately, Sword and Shield’s Galar would become the first region to not have a way to transfer every Pokémon into it. Given political headlines in the United Kingdom at the time — the country upon which the Galar region was based — fans coined this unprecedented limitation “Dexit.”

While not at the forefront of it, I too got caught up in this tempest of indignation, convinced that it heralded the beginning of the end of my Pokémon fandom. I had played obsessively from the very first release of Pokémon Red and Blue in 1996; Pikachu and friends became a key part of my childhood that I carried with me into adulthood, yet I didn’t cave and pick up a copy of Sword until a month after release.

To my surprise, I would end up putting over 300 hours into it, beating the game twice and catching every Pokémon in both the base game and DLC. I also reached the Master Ball Tier in competitive play nearly every month, to the detriment of my backlog. Were those fans and I wrong? Perhaps Pokémon Sword and Shield didn’t deserve their abysmal “user score” across review aggregation websites. Maybe the critic average of a respectable 8/10 aligned more with how the game actually played. But no — I would still argue Pokémon Sword and Shield rank as the series’s worst up until 2019 but for different reasons than the pre-release controversies.

Criticisms of lackluster aesthetics fell by the wayside shortly after release. The new Wild Area received nearly universal praise, and the cities and towns of Galar captured a quaint British charm. Dexit turned out not so terribly, either. Despite many lamenting the fact they couldn’t transfer over the Feraligatr they had used since they were 10 years old, Galar’s healthy roster of new Pokémon eased the pain some. Furthermore, The Isle of Armor and The Crown Tundra DLC helped by giving more Pokémon visas to bypass Customs. 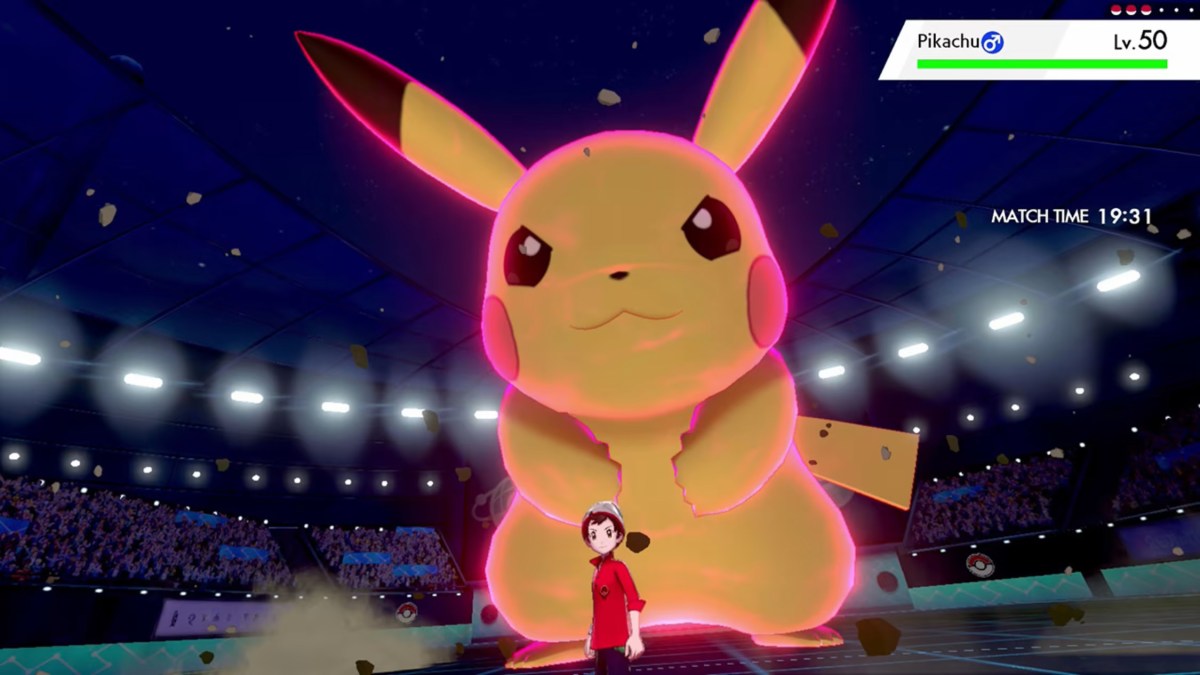 So where did Pokémon Sword and Shield stumble? Quite simply put, I expected the first main Pokémon entry on a non-handheld console to be something grander. I am not the only one that envisioned gorgeous Breath of the Wild-like locales, especially after decades of pixel sprites and low-poly 3D models. I had wanted the massive leap forward seen with other Nintendo franchises: age-old mechanics improved and innovative new ideas explored. What we got instead was a competent Pokémon game with some abysmal, unfinished storytelling, backed by a challenge similar to that of catching a level 4 Caterpie.

Of the 24 million copies of Pokémon Sword and Shield sold, I can almost guarantee not a single person bought it for a riveting narrative, yet even still, the story of Galar is egregiously bad. Characters gloss over major plot points through excessive expository dialogue. Many areas hint at a level of unfinishedness: The entire town of Spikemuth, home to Galar’s underwhelming Team Yell, consists of a single, long hallway where not much other than a few battles takes place, as if developer Game Freak ran out of time to flesh the area out.

Most nonsensical of all was the lack of a clear antagonist. Chairman Rose, the commissioner of the Pokémon League, fulfills that role in the latter third of the game by interrupting the climactic fight of the League Challenge to reawaken a dangerous Legendary Pokémon. He does so, bafflingly, in order to stop an energy crisis from occurring 1,000 years in the future. By that point in the game, you’ve hardly heard about this “Darkest Day.” He could’ve waited until after the League Challenge, don’t you think? Clearly, Game Freak needed an excuse to gather up the box Legendaries but chose the worst possible way and at the worst possible time. 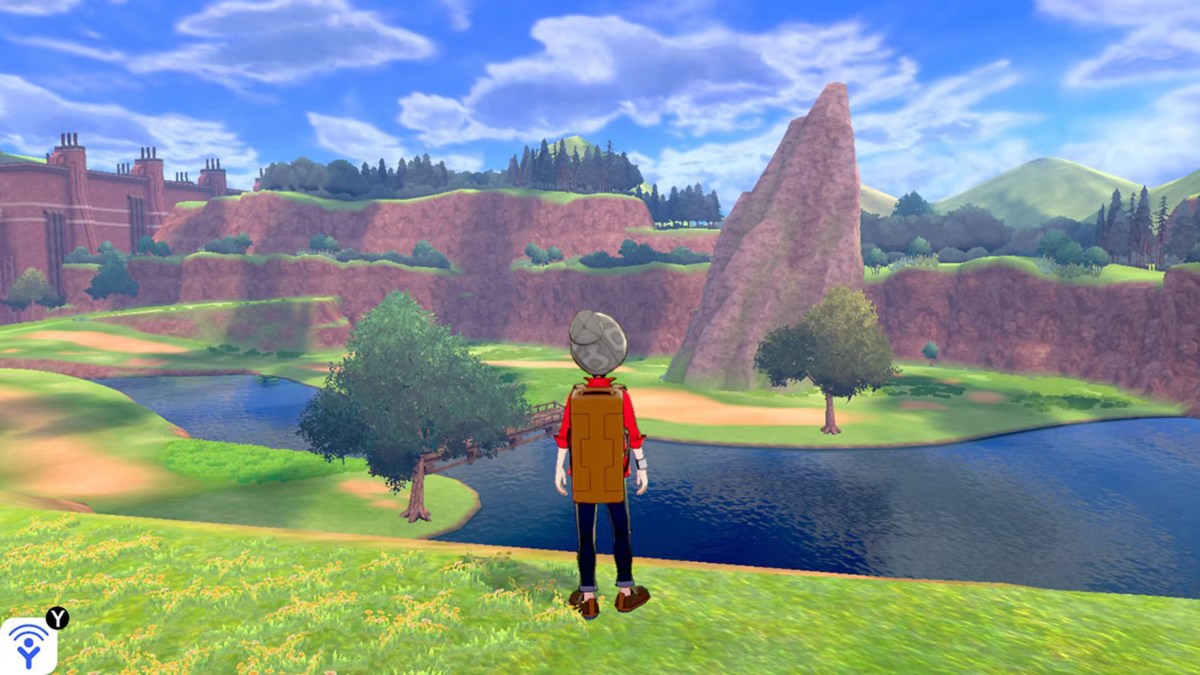 However, it was the significant lack of challenge that really stuck out in Pokémon Sword and Shield. Tougher trainers and Gym Leaders with more than four Pokémon would’ve helped, yet that’s not what I mean. Pokémon up until Sword and Shield had grown rote from the lack of new challenges to overcome; you could’ve cleared this generation in your sleep, whether you were a relatively new Pokémon fan or a crotchety old veteran like me.

That was precisely why running into a high-level Onix left an impression when first stepping into the Wild Area. Before, higher-level Pokémon stayed in their proper place, waiting for your little party to grow strong enough to reach that part of the world. But this was new. A change that made me pay attention, sit up, and think about the possibilities — could I catch overleveled Pokémon and steamroll Gyms? Is exploring the Wild Area always treacherous? 2022’s Pokémon Legends: Arceus would expand upon this further, bringing a cornucopia of new, difficult challenges to Pokémon to the delight of both critics and fans, but in 2019 this small glimmer of innovation stood out much more than anything else from Galar.

This all leads me to have hope that the upcoming Pokémon Scarlet and Violet will further improve upon what didn’t work in Sword and Shield, continuing to push the boundaries of the series in some exciting new directions that make us stop, think, and reassess how we play Pokémon. If they can, I believe we’ll one day regard Sword and Shield as a turning point rather than a disappointment, where Pokémon truly began to Rock Climb its way out of a pit of stagnation.