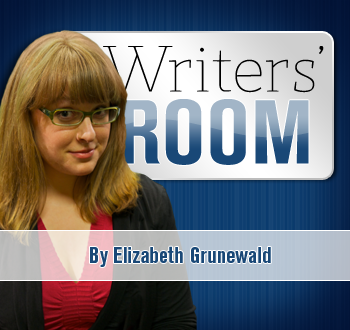 I faced a weird conundrum yesterday, and it ultimately brought me to an understanding about how a tiny part of the world works. Someone asked me a question I couldn’t answer, and my search for a response actually kept me awake last night. I tossed and turned, plagued with hesitation and uncertainty. The question? “What were your five favorite movies of 2010?” This should have been simple enough to answer. How hard is it to tell people about stuff you liked? In my struggle to name five films, I began thinking about the current state of media consumption, and the sense of imminence that accompanies it. There’s a focus on immediacy surrounding the film industry, but it doesn’t necessarily keep us in the moment.

The internet has obviously changed the whole damn world, and it comes as a surprise to exactly no-one that the entertainment industry has been drastically altered by the advent of online everything. The music industry is evolving before our eyes, and print is struggling to retain a foothold. Movies are no different in this regard, and digital consumption thereof is becoming ever more prevalent. I can stream a movie instantly to my computer, or through my PS3, or to my smartphone, if I were so inclined. Reviews are posted seconds after the first screening, and often a movie is leaked before it’s fully complete. Avenues of consumption for contemporary current releases are at an all-time high, and it’s all thanks to the internet.

Well, internet, I don’t like to be rushed, particularly by your amorphous, non-corporeal self. So I use your powers for good, instead of evil: I catch up. As I’ve said before, spoilers drive me nuts, I don’t want to adjust my life around a release schedule just to stay relevant, and movies are too expensive for me to see everything I want during its theatrical run anyway. I had serious trouble naming my top five movies of 2010, and that’s because I can only remember having seen four newly-released films in 2010. That’s not to say I didn’t see any movies, I just caught up on last year’s.

Sherlock Holmes was the first one I knocked out, but I saw it in my local cheap-seat movie theater, so that doesn’t quite count. I did see it twice, though, for all its steampunky, vaguely homoerotic glory. A surprising subject to two viewings was the ribald but raucously funny The Hangover, the result of my borrowing a buddy’s Netflix delivery. District 9 was similarly loaned to me and consumed with great fervor; that was the most astonishing film I saw this year. The lovely An Education came up in my Netflix queue around in the middle of 2010, and I finally caught the quietly confident Up In The Air in the fall. The biggest surprise of the year for me was Forgetting Sarah Marshall, which I found charming, but had fully expected to hate. Those were some of the best movies I saw in 2010, and yet none of them were valid answers to this question.

With all the hubbub surrounding streaming of the most current content, and leaked footage of what’s yet to come, the back catalogue benefits of nontraditional consumption are overlooked. It’s cyclical. Online availability of film increases the urge to watch things right away. This sense of immediacy turns some people off. Those people can take their time catching up, though, because online availability of film provides an instantly accessible digital library. Immediacy in movie-going can refer to two things in this instance: You can watch something immediately it’s released, or immediately you decide you want to watch it. The appeasement of the “gotta see it now” crowd provides me with the greatest flexibility in my leisurely viewing. This also contributes to my crumbling understanding of what day, month, or year it is, but I view that as a fair trade.

That doesn’t mean that I didn’t have to eventually select some movies actually released in 2010. If you care at all about what I eventually answered, keep an eye on The Escapist over the month of December. You’ll know it when you see it. For now, though, what were your favorite movies of 2010? Can you recommend anything that should be at the top of my “to see” list?