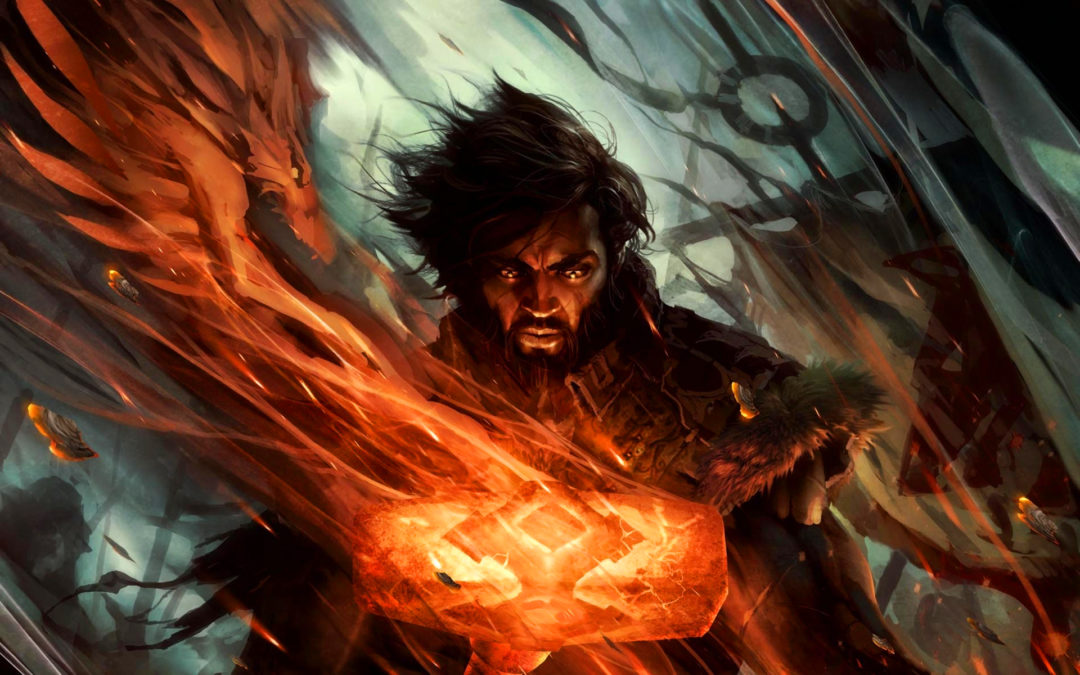 Wheel of Time is spinning along. Amazon’s adaptation of the late Robert Jordan’s beloved fantasy series was greenlit in 2018, and despite minimal news updates on the Rafe Judkins (Agents of Shield) helmed epic, Wheel of Time appears to be proceeding as scheduled. According to a Reddit post by Brandon Sanderson, the author who wrote the final three Wheel of Time novels after Robert Jordan passed away in 2007, the scripts for Amazon’s potential Game of Thrones killer look promising.

“I found the [vast] majority of these decisions to be excellent choices — things that will give the show its own soul, but still in line with the feel and tone of the books,” Sanderson wrote. “I can’t say for certain, but my instincts say the fanbase will in general respond to them positively. There are a few I offered suggestions on, and we’ll see.”

Sanderson gaging the fanbase’s response is understandable. The Wheel of Time adaptation is entering a post-Game of Thrones world. HBO’s blockbuster hurriedly abdicated its lucrative throne (pun not intended) and infuriated its legions of ardent fans with an unsatisfactory finale. As a result, Amazon’s opportunity to stab the swords and sorcery pie has never been better, especially considering the Wheel of Time’s emotional resonance with its readers.

Sanderson, however, warns that the adaptation must be done the right way. “I can’t say too much, not just because of NDAs, but also because the show is very much still in flux as Rafe makes decisions on how he wants things to go,” Sanderson wrote. “As the alterations go, I’d say they fall in line with positive changes made in bringing LOTR (Lord of the Rings) to the big screen — things that were altered in order to make the films work for the medium.”

Sanderson’s The Lord of the Rings comparison is high praise. Peter Jackson’s Lord of the Rings film adaptations were cinematic miracles equally due to what was in the film and what was cut. As a filmmaker, Jackson has excessive artistic indulgences which can be seen in his foul mouthed gore filled puppet film Meet the Feebles and his disturbingly entertaining zombie film Dead Alive which features a kung-fu fighting priest who screams: “I kick ass for the lord!” In Lord of the Rings, however, Jackson displayed an uncharacteristic amount of restraint in terms of matching his own artistic vision with J.R.R. Tolkien’s source material that he adored. Tough cuts were made, but it resulted in a masterpiece.

That Wheel of Time is undergoing the same deferential treatment is encouraging. While the series will have the benefit of being adapted into long form television over film, Wheel of Time is 15 thick novels in length. Sacrifices will clearly have to be made.

“Overall, the thing I’m most impressed with is Rafe himself, who really seems to be guiding this show with a balance between love for the source material and his own creative vision,” Sanderson wrote. “I’d much rather get this, personally, than something like the first two Harry Potter films — which felt like someone trying to bring the books to the screen with exact scene-by-scene recreations. I’m certain there will be polarizing decisions made by the team, but the changes are coming from a good place, and I really like most of them. And let me tell you, the first of the two scripts I read was sharp. Excellent dialogue, nuanced characters, great pacing. The second of the two was in a rougher shape, so while still good, obviously still undergoing revisions.”

Sanderson’s words carry weight. Even though the series is Jordan’s legacy first and foremost, Sanderson did an excellent job wrapping up the concluding final three volumes. He was a mere fan inspired by the Wheel of Time before Jordan’s death, but now the series is part of his own legacy as well. As Game of Thrones author George RR Martin and other creative visionaries can attest, Sanderson has a lot to gain from a successful small screen adaptation. With HBO planning Game of Thrones spin-offs, Netflix adapting The Witcher, and Amazon additionally creating a Lord of the Rings prequel series, Wheel of Time’s margin of error is less than a second.