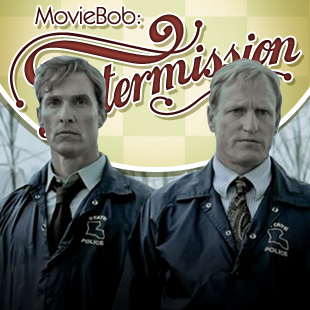 The ‘Godfather gasp’ has made it to television and this is a good thing.

There was a time when there was only one rule for carrying on a civil conversation with film critics, cineastes and “movie people” in general: You can like or dislike anything you want – hate Casablanca? Edgy! Think Jerry Lewis is a genius? Offbeat! Favorite movie really is Batman Forever? Non-conformist! Just never, ever, ever admit to having never seen The Godfather. It was okay to have missed a few golden age classics, since many were dated and out of circulation. It’s cool not to have seen Star Wars or Jaws (“pff! Damn blockbusters ruined everything, anyway!”) – but you had better have seen (and liked!) Francis Ford Coppola’s gangster masterpiece; the crown jewel of the 70s New Hollywood renaissance. Because if you hadn’t, you were going to instantly become a bigger pariah than Ronald McDonald in a Whole Foods.

When did we start doing that for every damn TV show ever???

I’m a child of the TV generation(s) and a student of the medium, but I wouldn’t say I watch a tremendous amount of it. The nature of my job and workspace means that television is a near-constant presence in my life, most of the time in the form of MSNBC, CNN or familiar reruns on in the background depending on the time of day; but I don’t have a lot of “appointment viewing” save for my professional obligations to keep watching and recapping “Agents of S.H.I.E.L.D.,” which feels like a special case because of its explicit connection to a series of films and thus my primary career as film critic.

Thusly, this much-ballyhooed notion that we’re living through some Golden Age of television is something I occasionally view as a quizzical outsider: Why are all my too-hip-for-the-room Movie Nerd colleagues on Twitter chattering about network sitcoms – for years Exhibit A in the innate superiority of film to TV – like Community or Brooklyn 99? HBO always made sense as a “special case” for higher-end material because of its ability to ignore content restrictions… but now you’re going to tell me that there’s something meaningful happening on AMC or FX? C’mon!

That was my reaction for a long time… and, truth be told, it often still is – particularly when it feels like you now get the aforementioned ‘Godfather gasp’ for every damn thing on the air that isn’t 2 Broke Girls (which at least has the decency to own its sitcom terribleness… they have a wacky pet horse for Pete’s sake!) How can I not be watching American Horror Story?? What do I mean I don’t set my calendar for The Walking Dead?? Hell, I’ve had people look at me aghast that I haven’t bothered to revisit Arrow, as though my rationale (it looked terrible, the first episodes were terrible, it has no direct connection to the rest of my career) was somehow nonsensical.

I’m also innately suspicious of “seismic shifts” in quality, i.e. the often-touted idea that TV has become the superior medium to film because “adult drama” has left theaters for the small screen, when it seems tied to shifts that are also about demographics and population shifts. Yes, it’s true that if you define “adult drama” in terms of middlebrow, writer-driven works with specific appeal to Boomers and older Gen-Xers, clearly that style has migrated to the small-screen as theatrical business becomes more reliant on spectacle and genre-film. If you’re of the opinion that a pretty-good story about grumpy policemen having midlife crises is inherently superior to an equally pretty-good story about costumed vigilantism then of course TV is going to feel like the “better” realm right now. That’s without even getting into the idea that episodic serialized television was pre-tailored for the arrival of the streaming/binging boom that now dictates the consumption of all media for an ever-growing segment of the population.

In other words, I feel like more than a little of the “TV is the new movies” hype is less about some vast gap in quality and more about one medium cultivating a set of genres and audience-demographics that were already thought of, culturally, as being more worthwhile than others: Political shop-talk banter, white suburban midlife ennui and familial melodrama are seen as innately smarter/worthier than superheroes or scifi/fantasy (ditto the target-audiences for the same) so the medium that has more of those gets to be “better” in the eyes of establishment tastemakers. That’s not really where I live, though – I try to keep my own genre preferences/biases separate from my appraisals of actual quality to whatever degree I’m able. So yeah – you can call me a skeptic of “New Golden Age of Television.”

On the other hand… that doesn’t mean that there aren’t some damn good, interesting, compelling things happening on the Boob Tube. There definitely are, particularly the rebirth of the primetime soap opera, “themed anthologies” like American Horror Story and True Detective (which I love, incidentally,) and of course the rather decisive confirmation that serialized broadcast really is the ideal format for adapting longform sagas like Game of Thrones. A skeptic need not necessarily be a denialist.

So, then. When The Escapist asked me if I wanted to take up writing a regular TV column (in addition to the Agents of S.H.I.E.L.D. recaps, which will continue as their own thing), I ultimately said yes. It means I’ll be watching a bit more TV, or at least watching more of it without waiting for Netflix. Hopefully, I’ll find some interesting things to write about for it.

I hope you’ll all find it interesting.