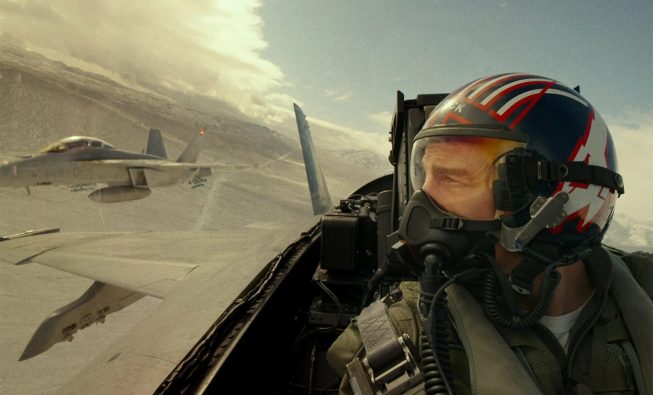 Remember Top Gun: Maverick? Of course you do because everyone and their mother’s mother saw it and it made a ton of money on the big screen, which is really where it should be experienced. However, it’s not on the big screen anymore, and you probably want to enjoy it again and show it to that one family member who didn’t see it so you can talk about how all the stunts are real while he or she’s trying to watch. Well, you’re in luck. Paramount is finally done raking in the dollars from digital and Blu-ray purchases, and now we finally know when, where, and how to stream Top Gun: Maverick: You can stream Maverick on Paramount+ beginning December 22, 2022 — just in time for that one family member to be visiting.

It’s Been a Long Wait to Learn When and How to Stream Top Gun: Maverick

It is only slight exaggeration to say that pretty much everyone saw this movie. The film is the top-grossing movie of 2022, becoming the 50th film of all time to cross the $1 billion threshold by raking in $1.48 billion. It was routinely delayed thanks to the pandemic and then put on the shelf for a while by Paramount as it waited for the right moment to release the movie, which features Tom Cruise returning to his role of Pete “Maverick” Mitchell and training a new set of cadets to take on an impossible mission against a nebulous enemy. The film was seen by many as Hollywood truly returning after the pandemic, though Spider-Man: No Way Home was the first billion-dollar film to land after theaters reopened.

Watching it again on a small screen probably won’t have the same impact as seeing it in theaters, but it should still be stunning. Cruise, and the rest of the cast, actually flew in the jets we see on screen, and director Joseph Kosinski used this to create some of the most visceral and stunning sequences we’ve seen in action films since Mad Max: Fury Road. Despite being a sequel / reboot to a classic film, Top Gun: Maverick somehow stands on its own and is worth checking out on the small screen as well, especially now that we know when and how to stream it.

Top Gun: Maverick will land on Paramount+ in the US, Canada, Australia, Germany, Switzerland, Austria, Italy, the UK, and Latin America. It will come to South Korea and France in 2023.