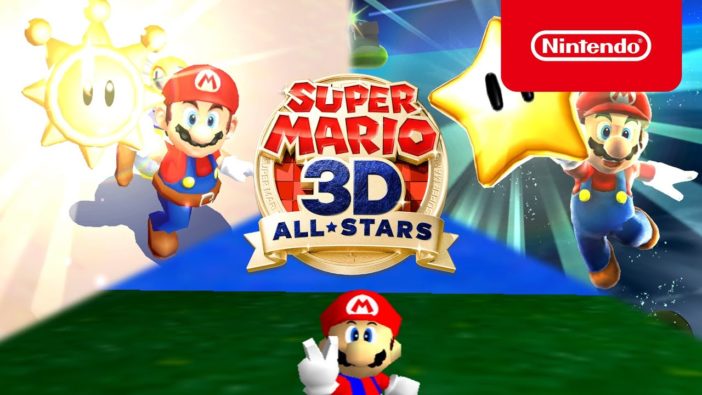 After six months of rumors, leaks, and speculation, Nintendo just decided to stealth-drop the Super Mario Bros. 35th Anniversary Direct on us yesterday morning. The 16-minute showcase highlighted a really great range of stuff, from Super Mario All-Stars on Nintendo Switch Online being available that day, to Mario-themed furniture and items coming to Animal Crossing: New Horizons in 2021. There were also some unexpected announcements, like the Game & Watch: Super Mario Bros. edition, the Mario Kart Live: Home Circuit toy/AR set, and Super Mario Bros. 35, which is Nintendo’s take on the battle royale genre.

It was also clear that some of Nintendo’s plans were impacted heavily by the pandemic, with the news that the previously leaked Super Mario 3D World + Bowser’s Fury would not be released until February 2021 (happy 36th anniversary, Mario!). But the highlight of the Direct was the confirmation of Super Mario 3D All-Stars, which bundles together Super Mario 64, Super Mario Sunshine, and Super Mario Galaxy into a single package and is surprisingly being released in only two weeks on Sept. 18. But despite how great a lot of this is, in classic Nintendo fashion, the company has made some incredibly strange decisions amid these announcements.

Now, nobody knows what Nintendo’s plans will ultimately be. Maybe it plans to split up the trio of games in Super Mario 3D All-Stars after that date and sell them separately. Or perhaps it has plans to either finally release the Nintendo 64 Classic next year or bring Nintendo 64 games to Switch Online, which would provide a new avenue to play Super Mario 64.

No matter the reason, it’s an anti-consumer move that goes against the very notion of video game preservation. It feels like how P.T. and Scott Pilgrim vs. The World: The Game have both been removed from digital marketplaces, except instead of it being a legal dispute or rights issue, it’s just an arbitrary decision on Nintendo’s part.

Regardless of Nintendo’s hypothetical plans, this move feels like a shady way to drum up false consumer demand for a collection that absolutely doesn’t need that kind of strange marketing. People are going to gladly buy this without being told it’s only available for a limited time. I wasn’t the only one on the internet who felt like this was Nintendo’s version of sending products to the “Disney Vault,” a practice that seems silly in 2020 considering how all of those classic movies are now available instantly on Disney+.

This is especially funny for Super Mario 3D All-Stars, considering these games have been readily available in other forms separately for decades. I’ll be the first to admit that I immediately preordered the game digitally on my Switch after the announcement, despite the fact that I have physical copies of all three Mario games within 20 feet of where I’m currently writing this piece.

But there’s just something about the Switch that makes me want to use it as a curation tool for the games that were important to me throughout my life. It’s hard to describe just how incredible it feels to know that I have so many of these experiences on a device that I can take with me on an airplane. Remember airplanes? 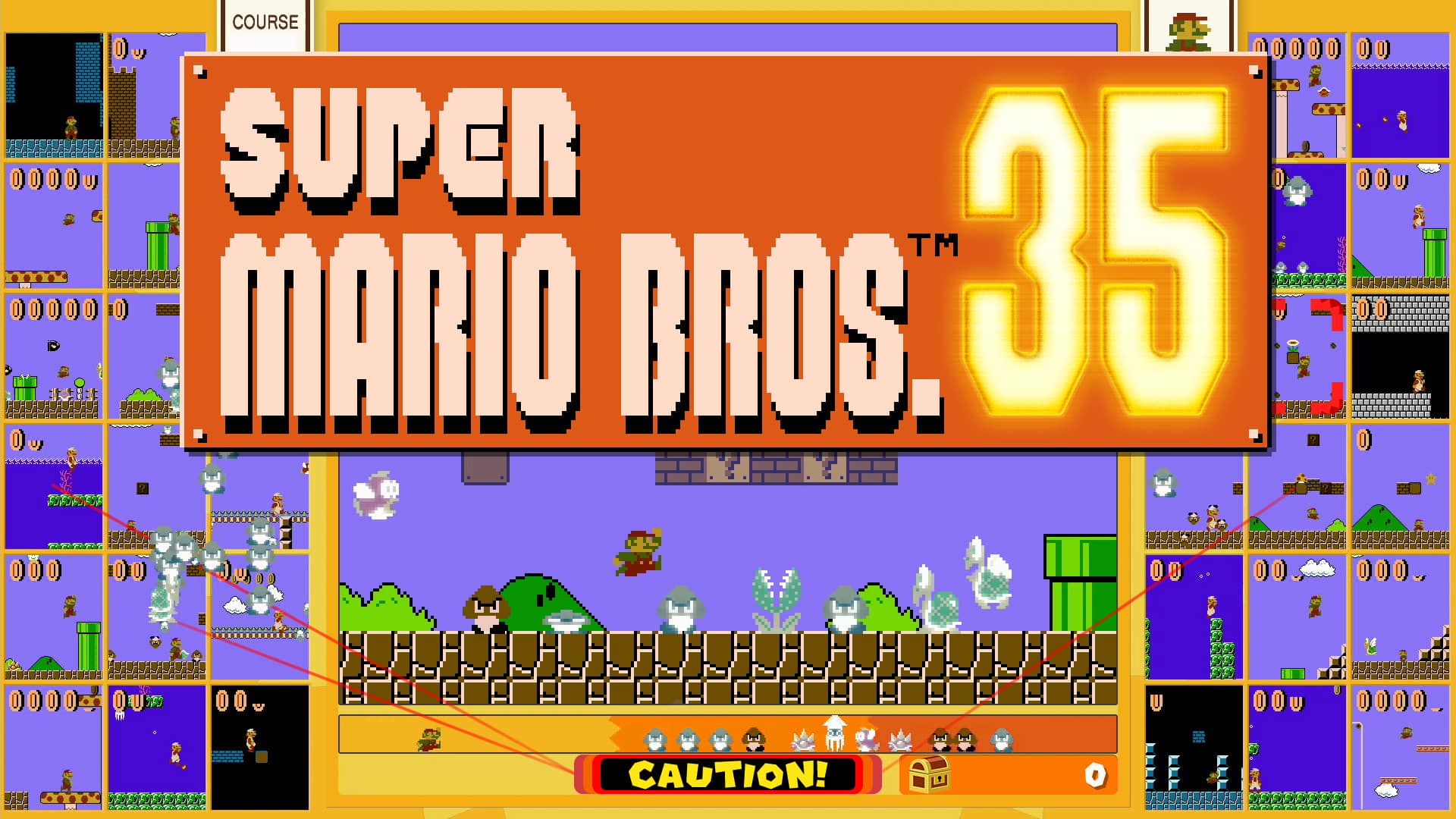 Another reason we get excited for Nintendo’s re-releases could be its games are relatively scarce. Aside from some notable exceptions, a lot of classic Nintendo games have never made it off of their original consoles. That’s the case for Sunshine and Galaxy, which have only been released for GameCube and Wii respectively up until now. So given Nintendo’s generally high level of quality, when these games do end up reappearing several generations later, it’s usually a cause for celebration.

With that in mind, it’s notable that we’ve recently been spending so much time talking about the idea of backwards compatibility, but Nintendo never seems to be a part of that conversation. While the degree of backwards compatibility on the PlayStation 5 and Xbox Series X remains a prominent talking and marketing point leading up to their launch, the Switch released in 2017 with an entirely new physical medium for its games and no way of bringing over the library you may have bought digitally over the past decade on Wii, Wii U, and 3DS. And while one hopes that our Switch digital libraries will carry over onto whatever hardware Nintendo has planned for the future, there’s certainly a chance that that won’t be the case.

Aside from the strange expiration date of some of its announcements, the other wrinkle in Nintendo’s big 35th anniversary celebration was the complete absence of Super Mario Galaxy 2, which is not only an incredible entry in the series, but arguably the best 3D Mario game ever made. And Nintendo didn’t just leave it out of the 3D All-Stars collection — it was completely absent from the Mario montage at the end of the Direct as well. Leaving out one of the most well-received games in the series’s history comes across as… odd? 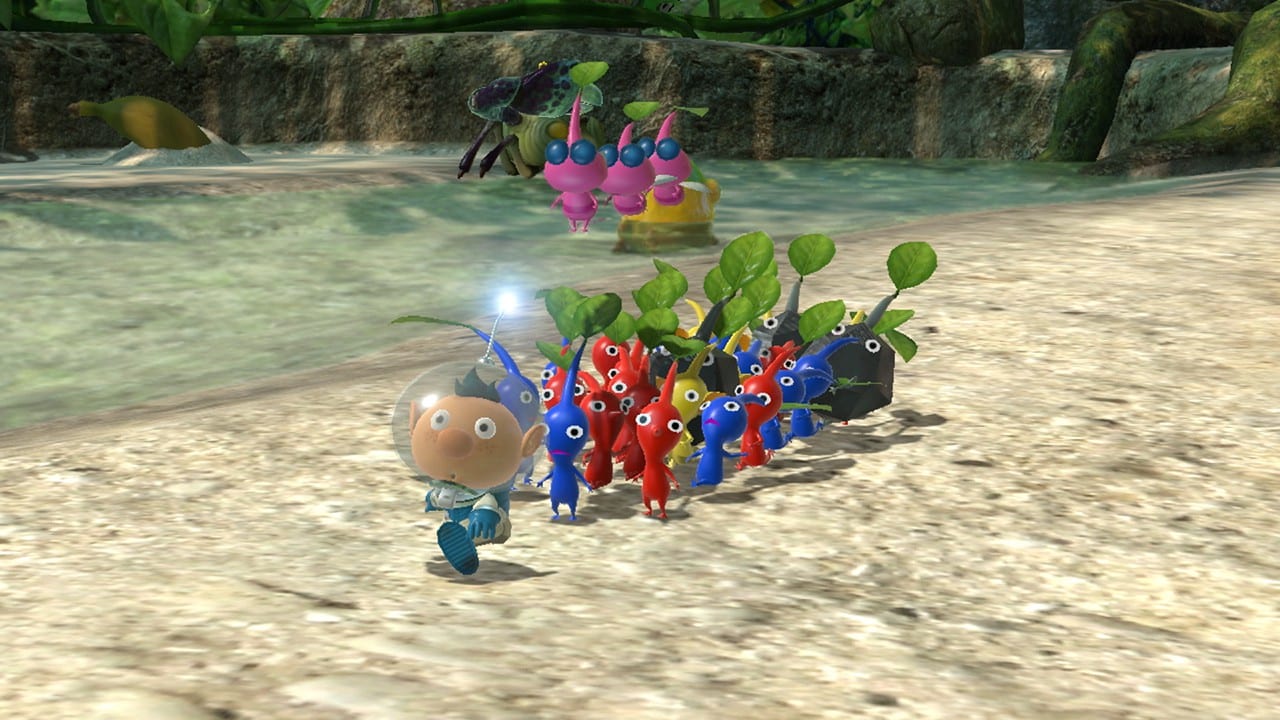 Nintendo presented its typical “one step forward, two steps back” approach with this Direct, and we collectively seem to give Nintendo a pass on it time and time again. Take Joy-Con drift, a major design flaw that impacted enough Switch users that it ultimately led to a class-action lawsuit. Or Nintendo Switch Online, which now has over 80 NES and SNES games but is lacking many iconic games like EarthBound, Mega Man X, Chrono Trigger, and Final Fantasy VI, all of which have been available in some form on one of Nintendo’s recent handhelds, Virtual Console services, or the SNES Classic. And of course, the less that’s said about the rocky online infrastructure in games like Super Smash Bros. Ultimate and Splatoon 2, the better.

It’s also interesting that while we chastise games like Control and NBA 2K for how they’re handling their next-gen upgrades, Nintendo’s out here having us re-buy Wii U games by the bulk. The upcoming Super Mario 3D World and Pikmin 3 Deluxe are going to join the long list that includes Mario Kart 8 Deluxe, Tokyo Mirage Sessions #FE, The Wonderful 101, Captain Toad: Treasure Tracker, Donkey Kong Country: Tropical Freeze, and New Super Mario Bros. U, among others. And given that I own most of these games on both Wii U and Switch, I am definitely a part of the problem.

Being a life-long Nintendo fan, I’ve just become numb to these strange decisions. And I should be more upset at these moves, but honestly, I’m not. Because for each head-scratching decision, there’s a once-in-a-generation game like The Legend of Zelda: Breath of the Wild. And for every frustrating business practice, there’s the Nintendo Switch, which manages to deliver so much nostalgia and happiness in the palm of my hands. And while so many AAA games on other consoles are riddled with microtransactions and other money-making webs, it still feels like when you buy a Nintendo game, you’re buying an entire package. Does that excuse any of Nintendo’s aforementioned decisions? Certainly not. But in the end, it’s ultimately just up to the individual to decide whether they want to keep supporting them, which will most likely only propagate the cycle.

There are definitely some major questions and concerns in regards to Nintendo, but the fact of the matter is — I’m looking forward to pretty much everything that was announced during the 35th Anniversary Direct. Plus, it’s Mario’s birthday, and you can’t get mad at somebody on their birthday.