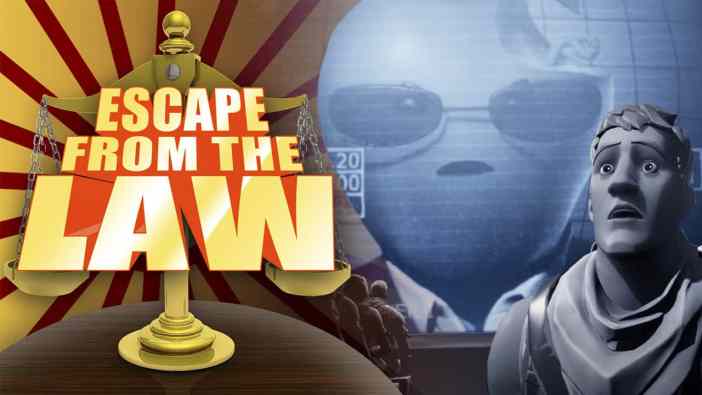 This past week, Epic Games — the developer and publisher of Fortnite — laid down the gauntlet when it sued Apple for its restrictive App Store policies. This week, I’ll break down the case, explain what’s going on, and provide a few thoughts about how it might turn out.

(Part III of “The Transporter Conundrum” has been beamed to next column!)

The dispute between Apple and Epic Games is relatively simple. Apple imposes tight controls on iPhones and iPads. Among other rules, Apple requires iOS developers to distribute their apps exclusively through the Apple App Store and imposes software locks that make it difficult or impossible for users to download or install apps outside of the App Store. Similarly, Apple requires developers to use Apple Pay to facilitate in-app purchases.

Both of these requirements come with significant costs, both in terms of money and freedom. The money costs are easy to quantify — Apple takes a 30% cut of each sale on the App Store and each payment made using Apple Pay. While I wasn’t able to find definitive numbers, it’s clear that Apple’s 30% commission amounts to tens of billions of dollars each year.

The freedom costs — while hard to quantify — are also easy to understand. In operating the App Store, Apple does more than simply siphon money. It also imposes editorial requirements on App developers. In order to sell an app on the Apple App Store, developers must obtain approval from Apple’s “App Review Team.” In the past, apps have been rejected for “ridicul[ing] public figures,” containing political messages Apple disagreed with, or for seemingly no reason at all. Apple has also been known to apply its rejection criteria inconsistently.

Antitrust Law Is About Unfair Competition — Not Monopolies

When most people think about antitrust law, they think about the Monopoly board game and conclude that monopolies are illegal. In reality, antitrust law is primarily concerned with maintaining fair competition in the marketplace. There is nothing inherently unlawful about having a monopoly, nor is there anything inherently unlawful about charging high prices for goods or services. In fact, government-issued patents actually create monopolies for inventors. This explains why it is not illegal for pharmaceutical companies to charge exorbitant prices for drugs.

What is illegal is for a company to use its market power in ways that stifle competition and unfairly prevent others from competing. For example, a company with significant market power cannot use unfairly low pricing to drive would-be competitors out of the market. Similarly, it can be illegal for a company to bundle two unrelated products together in a way that requires consumers to buy an unwanted product in order to obtain a desired product. Microsoft ran afoul of this rule by bundling Internet Explorer with the Windows operating system. 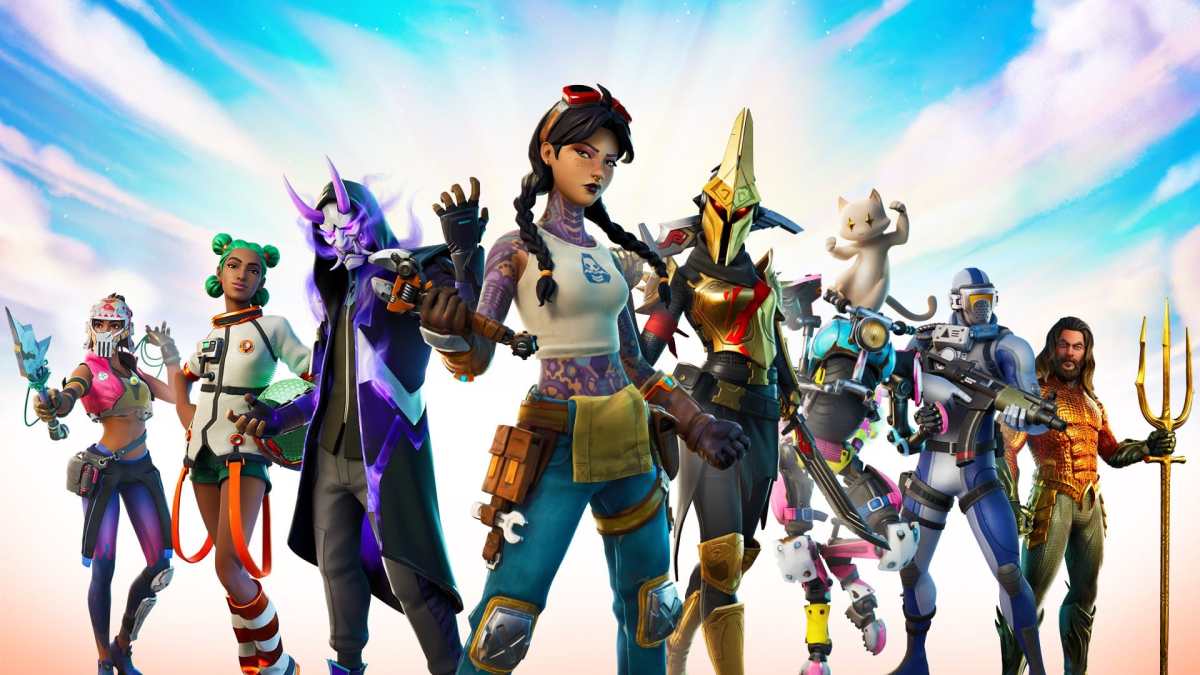 When it comes to the App Store, the question, then, is whether Apple’s policies are uncompetitive or unfair. Epic Games argues that they are unfair, since they prevent app developers from distributing apps outside of the App Store and thus preclude any potential App Store competitor. And Epic points to Apple’s exorbitant 30% commission as evidence that Apple’s policies make it immune from competition and are harmful to consumers.

In response, Apple will argue that Epic improperly limits its arguments to the Apple ecosystem and that the actual market for competition is the market for mobile apps generally — a market that includes the Google Play Store, Amazon Appstore, and numerous other app markets. Apple will argue that there is nothing that requires consumers or developers to use iPhones and nothing that requires consumers or developers to use Apple’s App Store — developers and consumers who don’t like Apple’s policies have plenty of other options.

Apple will also argue that the App Store is part of iPhones and tablets, rather than a stand-alone add-on or component, such that consumers who buy iPhones affirmatively opt in to the Apple ecosystem and value Apple’s oversight, discretion, and exclusivity. As an example, consider a consumer who subscribes to a high-end mail-in fashion catalogue. The fact that the catalogue receives a 30% commission from each order, or that the catalogue imposes limits on the types of brands it agrees to host, does not mean the catalogue has acted unfairly. And that’s true even if 40% of Americans subscribe to the catalogue. In other words, Apple will argue that there is nothing uncompetitive about providing consumers with exclusivity or oversight. The ability to opt out (or advertise through a different catalogue) means there is no problem. 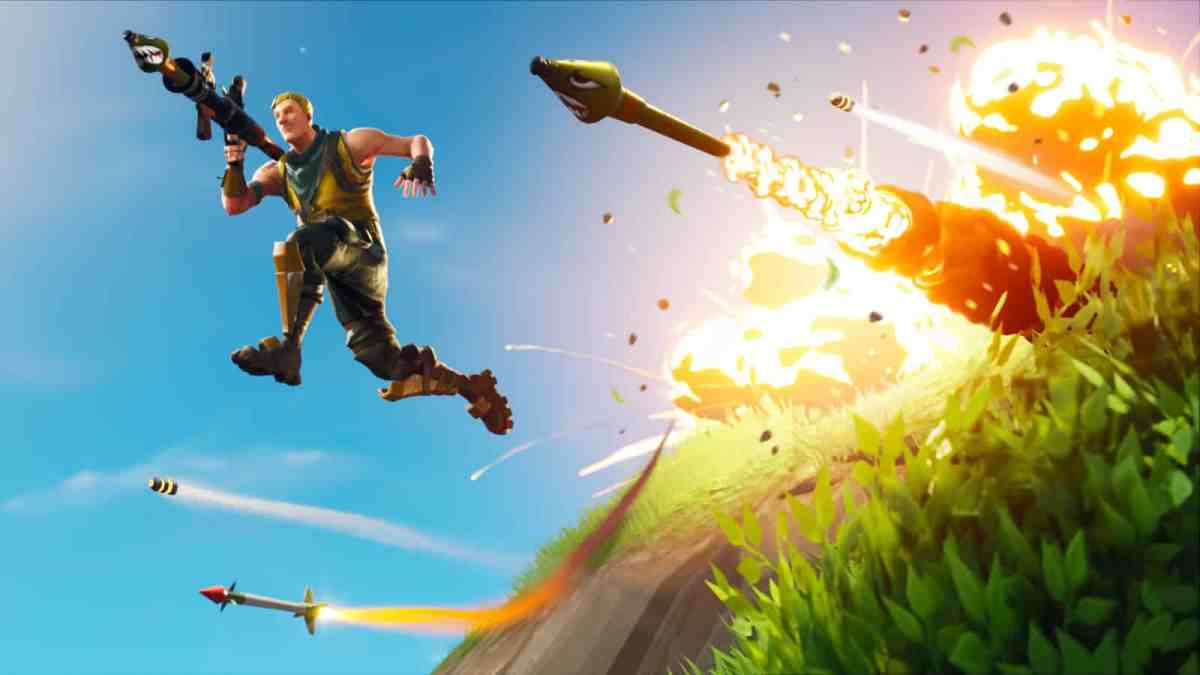 The largest problem with Apple’s position is that consumers cannot freely switch between phones in the same way that they can switch between catalogues. Phones are expensive, and once a consumer purchases an Apple device, they lose all choice and are forced to either forgo App purchases altogether or opt in to the Apple App Store. In antitrust law, this concept is referred to as “lock-in.” The idea is that companies cannot use high switching costs to limit competition or require consumers to purchase an otherwise undesired product.

My anecdotal experience, however, supports Apple’s position in the litigation. The fact that consumers have the ability to choose between different ecosystems and to avoid unfair restrictions proves that there is and can be competition in the marketplace. Ultimately, the success of Epic Games’ App Store claims will turn on the extent to which Apple can prove that the App Store is simply an extension of the underlying Apple device. The less distance there is between the device and the App Store, the harder it will be for Epic to show that the relevant market is the market for app stores generally.

Apple’s position is much weaker when it comes to Apple Pay. Unlike the Apple App Store, there is no obvious justification for a rule that requires developers to use Apple’s service — Apple Pay does not have any obvious security benefits over its competitors, nor does it have any difference in functionality that justifies the difference in pricing or that explains Apple’s policies. What’s more, there are countless other payment process services that offer an identical service to Apple Pay, and they do so at a more competitive rate. As explained in Epic Games’ complaint, PayPal, Stripe, Square, and Braintree each charge a 2.9% processing fee, as compared to Apple Pay’s 30% fee.

To make matters worse for Apple, Apple does not require the use of Apple Pay across the board — Apple allows developers and consumers to use other payment processors for transactions involving services (like Uber or Airbnb) and physical goods (like eBay). In other words, the only reason why most Apple developers and consumers use Apple Pay is because Apple requires it.

There is no opt-in, and while it may ultimately be “worth it” for developers to take the 30% hit to gain access to Apple’s broad consumer base, that simply means that Apple Pay makes good business sense for Apple — it does not undermine Epic’s claim that the requirement is unfair and anticompetitive.

But Let’s Not Forget the Irony

When we get into the weeds of antitrust law and Epic Games’ claims, it’s easy to lose sight of the bigger picture. In the same way that rebels who fight oppressive regimes sometimes impose their own oppressive regimes, both Apple and Epic lack clean hands when it comes to consumer freedom.

Back in 1984 — long before Apple was The Behemoth in the room — Apple put out one of the most famous ads in history, in which it compared IBM to George Orwell’s Big Brother and promised that we would “see why 1984 won’t be like ‘1984.’” To be fair, Apple’s restrictive policies didn’t come until much later. Even so, it seems to have lost sight of the point it was trying to make — a point that Epic made sure we remembered when it made its own 1984 ad ridiculing Apple for that exact reason.

But before concluding that Epic Games is some fantastical freedom fighter, we might want to take a minute to reflect on the fact that Epic is not without its own exclusivity and free-choice problems. While the dispute between Epic and Apple relates to consumer freedoms and fair competition, it’s clear that the primary motivation is a business dispute between two large companies that are having a hard time figuring out how to divide their winnings.

As consumers, we cannot rely on companies like Apple, Epic, or IBM to advocate for consumer choice or fair competition — that burden falls squarely on us as consumers, and we must remain vigilant to make sure that our preferences and desires are taken seriously. We did it (eventually) with Half-Life 3 (Alyx), and we can do it with Epic, with Apple, and with whomever ends up as the next Behemoth.