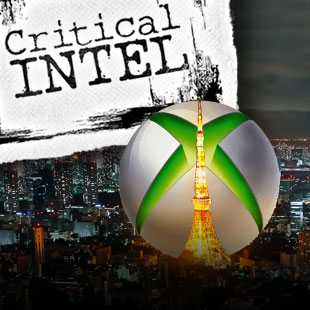 Though I live in Hong Kong, I could buy an Xbox One in about 30 minutes if I wanted to. There’s a guy in the market who always has one in stock, imported from the United States in someone’s suitcase. They go for $900 a pop, because the system doesn’t release here until September. We’ll see then if anyone wants to buy it.

Microsoft has their work cut out for them if they want to break into Asia. The company was slow to catch on, partially because they mostly run games that are more western than Sony, but also because the 360’s hardware wasn’t well designed for Asia. The region lock played a part – you’re just as likely to buy the Korean or Singaporean version of a game as the Hong Kong version here – but there was eventually an upswing in select markets. The console has gone on to do gangbusters business in India and done well selling on the grey market in China – but the problem is that it’s still selling well there, and may cannibalize Xbox One sales in cost-conscious markets.

As if Microsoft didn’t have enough of an uphill battle, they’re releasing a full year after the PS4, apparently because they have to retool their entire console for the Asian market. That sounds promising, right? Like they’re making a machine that can compete here. But there are three main obstacles Microsoft has to overcome to break into Asia, and I’m not yet convinced they have the will to do it.

Because at first glance, the Xbox One looks like a machine designed by Americans for Americans – the perfect console to make entering the Asian market a complete nightmare.

Making the Xbox One a media hub was a risky idea in the United States and Europe, but it’s a disastrous choice for the Asian market. Implementing this idea in the west, while not easy to execute, is at least fairly straightforward in vision – sign Netflix, Hulu, ESPN, HBO Go and Amazon Instant to content deals as a base, and work outward to add mid-level players like WWE and MLB.com. Simple, right?

Now translate that to Asia, where trying to play a video on any these sites gives you the message: THIS CONTENT CANNOT BE VIEWED OUTSIDE THE US.

Even if you have a Netflix, Hulu or Amazon Instant account, there’s no way to use those services with an IP address outside the United States. The problem is content licensing deals – basically, none of the content on these sites has been legally cleared for distribution in Asia, and doing so would mean inking a different deal for each country. Netflix has yet to expand in the region, and Hulu bailed out of Japan back in March, scuttling its global ambitions. Except for HBO Go Asia, none of these streaming video services exist here – and HBO Go Asia is currently only in Hong Kong and the Philippines. That means that if Microsoft wants to bring its media hub concept to Asia’s doorstep, they’ll have to wade into the continent’s pool of scrappy, small-time video streaming services. One smart bet would be the Chinese site Viki, which has 22 million active monthly users and specializes in Asian TV shows, but past that there aren’t many clear brand leaders. That’s bound to make the leadership back in Redmond nervous, since no one wants to pick a losing horse.

The fact is, Microsoft is starting these media deals from scratch, and that’s not easy, cheap or quick. This snarl of negotiations and international copyright law, more than anything, has been why the Xbox One’s release is coming a full year later for Asia, giving Sony a head start it didn’t need in the first place.

Microsoft could certainly turn this into an asset in the right circumstance – exclusively bringing Netflix to Asia, for example, would be a huge coup, as would forming partnerships with multiple local sites – but whether that will happen remains to be seen. 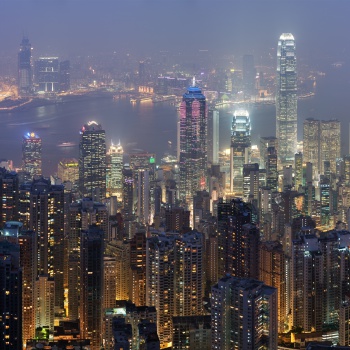 The Kinect Is a Localization Nightmare

Imagine that, but in Cantonese. Though actually, this would probably never happen, at least not by the September launch date – considering Kinect voice commands can’t handle Irish accented English yet, one wonders how it will manage Cantonese, Mandarin, Hindi, Korean or Singapore English. The fact is that while you can generally count on one language being predominant in America, Europe and even Latin American countries, Asian countries have a wide range of different languages, regional dialects and unique creoles. Singapore, for instance, has four official languages – English, Malay, Mandarin and Tamil. English is the common tongue, but accents can vary widely and people often pepper their speech with phrases from other languages. India, by contrast has hundreds of dialects. According to Microsoft’s Kinect website, the original Kinect could understand Japanese, so maybe it’s possible with work – but I highly doubt they can pull it off by launch.

So while I understand the practical issues that could limit this feature, as a consumer it’s no fun to spend $500 on a voice-command wonder machine and boot it up to find: KINECT VOICE COMMANDS NOT AVAILABLE IN YOUR REGION.

But the Kinect hangups don’t end with language – as far back as last June, Alan Bowman, Microsoft’s regional vice president for sales and marketing in Asia was talking about the need to readjust Kinect to function in Asia’s squeezed living spaces. “We listened to the feedback, not everyone in Asia has living rooms,” said Bowman in an interview with the Wall Street Journal. “The field of vision required for Kinect is much smaller.”

And let’s not even get into worries about privacy. While government spying is a fairly fresh worry for Americans, it’s old hat for the rest of the world. It’s an open secret that China monitored Skype in the past, and if you live in certain Middle East countries there are specific words that aren’t advisable to say or type over the internet unless you want to end up in a government file. Paranoia about surveillance is common overseas, and I can’t help but believe that when the Xbox One releases in Mainland China there’s going to be a lot of speculation about whether the PRC is using it for data collection – particularly since all those units, by law, must be manufactured in the Shanghai SEZ.

The Xbox One costs $100 more than the PS4. The fact that this is already a wedge issue in a country as affluent as the U.S. does not bode well for overseas markets.

When I was in India a few months ago, I made it a point to watch several reviews of the Xbox One. The Indian market will be especially telling for the Xbox One, since the 360 has done monster sales numbers there over the last few years. The consensus was this: it’s great, if you can afford it, but in India value rules all. (There are also major concerns about the console’s reliance on high speed internet, which doesn’t have heavy penetration in India yet.) Indian gamers aren’t alone in cost concerns either – I read a similar opinion in Singapore’s The Straits Times.

And that’s part of the problem. I can’t claim special knowledge about the rest of Asia, but at least in Hong Kong the PS4 is being sold like a luxury product, only available at the Sony Store in a four-game bundle that costs HK$5,074 ($654). The Xbox One looks to be treading the same road, and it’s a dangerous game to play. 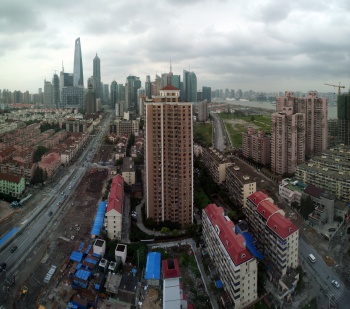 Don’t get me wrong: Asia loves its luxury products. I saw more Ferraris and Rolexes my first day in Hong Kong than I had in my entire life up to that point. And they aren’t just for the ultra-wealthy either. People in Mainland China who make $22,000 a year will regularly take smaller apartments in order to afford iPhones and Gucci handbags. But a videogame console is different from a Macbook Pro or an Omega watch in one crucial regard: you don’t take your Xbox One out in public.

Luxury brands are a big deal in Asia because the region’s culture values status symbols. That Rolex isn’t on a CEO’s wrist so he can tell time, it’s so he can demonstrate that he can afford a Rolex and therefore demands more respect than someone who can’t. In many parts of Asia, “How much money do you make?” is a common getting-to-know-you question because it allows people to understand where you stand in the social order. A game console, no matter how cool it is, is never going to fill that public, status symbol role, and therefore isn’t a priority purchase.

So What Can Microsoft Do?

Ripping off the Kinect would be a good start. Offering it as an add-on down the line would give Microsoft time to retool the system for localized speech recognition and help it fit into Asia’s squeezed living areas. An extra accessory at full functionality sounds like a better idea than a bundled feature with half the content gated off. The price drop and minimization of privacy concerns would help them out too.

As for local content partners, they have to hustle to get those deals and announce them before they lose too many sales to the PS4. It’s going to take a lot of money, some innovation and a bit of luck to get that off the ground (and it’s not encouraging that we haven’t heard any announcements yet) but they could do it. If they pulled off something big like a Netflix or Amazon deal it could be a game-changer, but introducing either to Asia will be a difficult proposition.

And as for making the console a status symbol – they have the tools to move in that direction already. With the right marketing spin, Microsoft could recast its social media sharing functions as demonstrating that Xbox One users as part of an elite club – a Rolex for your Facebook or Sina Weibo feed, if you will. American advertisements about the One’s social media integration are all about hey, look at this cool thing I did, but in Asia they could shift emphasis to hey, look at this cool thing I own. In practice, it’s the same thing Apple does with its familiar “Sent from my iPhone” stamp.

But in the end, the question is really one of will: how much is Microsoft willing to adapt their console to the Asian market? Are they prepared to sell a stripped-down version? Drop the price like they did in Europe? Or might they put their shoulder behind the localization issue and bring the full Xbox One experience to Asia?

Or will they be stubborn, and confirm what we all suspect – that the Xbox One is a console by Americans, for Americans.