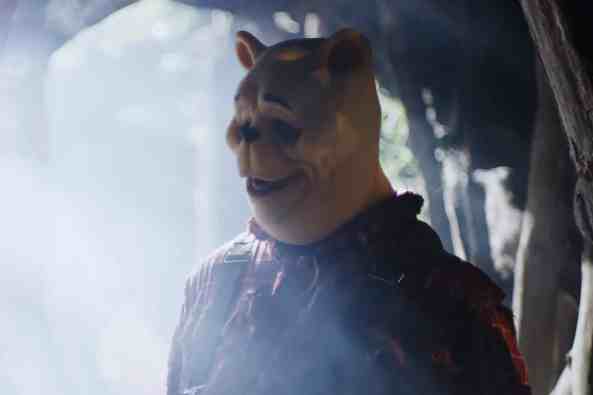 Jagged Edge Productions has released the first trailer for Winnie the Pooh: Blood and Honey, a horror slasher film about Winnie and Piglet becoming feral psycho murderers after Christopher Robin abandons them to go to college. As you might expect, this is not a Disney movie. Rather, the original A.A. Milne stories have recently entered the public domain, and director Rhys Waterfield has taken advantage of that to turn the beloved children’s characters into monstrous killers. As one does.

Per Variety, Waterfield filmed the movie in 10 days near the Ashdown Forest in England, which inspired the 100 Acre Wood in Milne’s stories. We probably shouldn’t expect this movie to be a masterpiece with a production schedule like that, but then again, low budgets are a hallmark of horror filmmaking. Waterfield did make some slight concessions with Winnie the Pooh: Blood and Honey to avoid copyright claims from Disney though, such as giving Winnie a plaid look instead of a red shirt and omitting characters like Tigger, which are not in the public domain.

Tonally, the movie is trying to balance absurdity and genuine horror. “When you try and do a film like this, and it’s a really wacky concept, it’s very easy to go down a route where nothing is scary and it’s just really ridiculous and really, like, stupid,” said Waterfield to Variety. “And we wanted to go between the two.” The Winnie the Pooh: Blood and Honey trailer succeeds at conveying that vibe.

Winnie the Pooh: Blood and Honey will release physically and on VOD later in 2022.