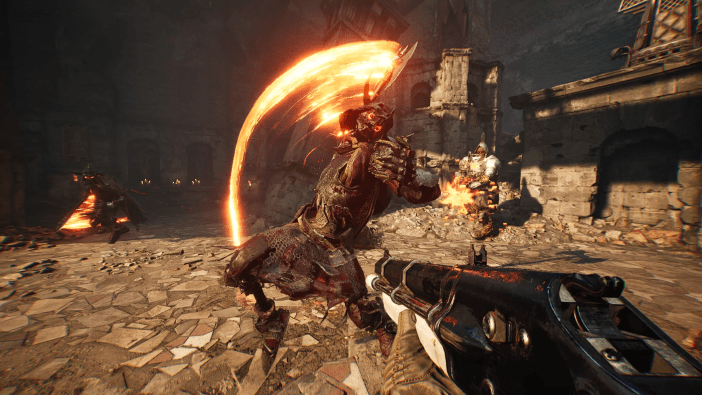 Developer The Astronauts has announced that a recent decision to add open-world combat to Witchfire means it has delayed the game’s release to early 2023. This dark fantasy roguelite shooter was originally set to launch Q4 2022 in early access on the Epic Games Store, so while the expanded gameplay options mean fans can expect a fuller experience come next year, it’s a decision that is not without its costs. The team is confident in this new release date, however, and believes that the choice puts the quality of Witchfire above all else.

“The feature is now 95% implemented. It makes the game better,” The Astronauts creative director and co-founder Adrian Chmielarz said in a statement. “It is kind of hard for me to imagine the player did not have that freedom before. Sure, you can still be trapped by the witch in this or that spot, and some doors will be closed until you find a key, and it might be too dangerous to enter areas closer to the boss before you are ready – but the world is wide open for you to explore in almost any order, and you can both push forward and retreat as you please.”

Little else about the new vision for combat in Witchfire was shared. However, Chmielarz did add that fans can expect some sort of surprise in “a week or two,” taking note of an event The Astronauts is calling “Witchfire Halloween Week.” There won’t be gameplay footage or a stream, but the team will share some information that has to do with Witchfire’s story, world, and art.

Witchfire last appeared during Summer Game Fest 2022, revealing a gameplay trailer for fans to tide them over until its now further release date. You can see that below as we wait to find out what Witchfire Halloween Week is all about.