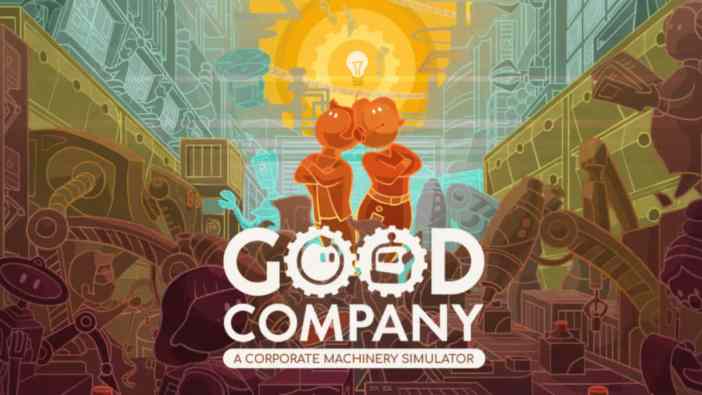 Playing Good Company taught me that I do not have what it takes to run an electronics manufacturing business, even when the employees are little more than autonomous drones. When production is stalled due to a missing component in my increasingly complex logistical chain, I’m more likely found hiding in a corner hugging my knees than addressing the problem.

Good Company is a sim management game currently available via Steam Early Access, putting the player in charge of a burgeoning tech company making everything from calculators to advanced drones and robots.

After customizing my company logo and manager, whose open shirt suit and shaggy beard would put him more at home as a 1970s band manager than a modern tech startup, I’m presented with a literal road map showcasing each individual campaign and challenge level. I can earn up to three trophies in each level for performing specific tasks, such as producing 20 monophone speakers or earning $5,000 a week from selling high-capacity calculators.

To start, I need to build tinker tables and hire staff to begin manufacturing batteries and plastic cases. Each level features a warehouse with incoming shipments to import resources such as chemicals, plastic, and electronic parts. The core gameplay involves transforming these raw materials into increasingly complex electronic devices by sending them through tinker tables, storage shelves, and workbenches.

Building an efficient network of tables and shelves using the construction mode is only half the battle — the other half is logistics. The logistics tab pauses the action as I drag individual material or goods to where they need to go. Storage shelves must be used to store manufactured goods, even if they’re going to be used as materials for more advanced products. The basic LED Array needs only Electronic Parts, which are imported as raw materials. But to create the more advanced — and more profitable — LED Matrix, I’ll need to use my crafted arrays, along with more Electronic Parts, and a Circuit Board, which must be crafted from metal and plastic.

It’s basically Supply Chain: The Game. Every product and material must be stored on a shelf, taken to another table, then taken to another shelf, etc., until I can finally craft my own version of the Game Boy. Designing new products is surprisingly engaging thanks to the Tetris-like design process, where each oddly-shaped module must physically fit inside the chassis. Modules are rated for heat and fragility, which must be weighed against the positive qualities like visual fidelity to create a final product with appealing market value.

Having dozens of employees running around the colorful office amid the soothing, catchy music injects some much-needed personality into the genre. But the randomly generated employees are a completely wasted element. They have no inherent differences or stats, work seven days a week, and never cause any problems or issues. They might as well be robots in human skin, at the mercy of my inept logistical planning. The complete lack of human resource management is a startling disappointment.

Employees drain my coffers, however. One of the most interesting early challenge levels, “Welfare Survival,” thrusts two new employees on me every week, then three, then four, and so on each month. The win condition requires keeping the company in the red for a set number of days, with the first trophy earned after 100 days.

I could only reach day 75 before I was completely overwhelmed with paid loiterers standing around my entryway. But it’s a fun exercise in growing my business at a steady pace and keeping up with my supply chain and market demands, including researching and integrating more advanced components. Thanks to the brisk pace (and fast-forward button), replaying scenarios can be fun and rewarding. 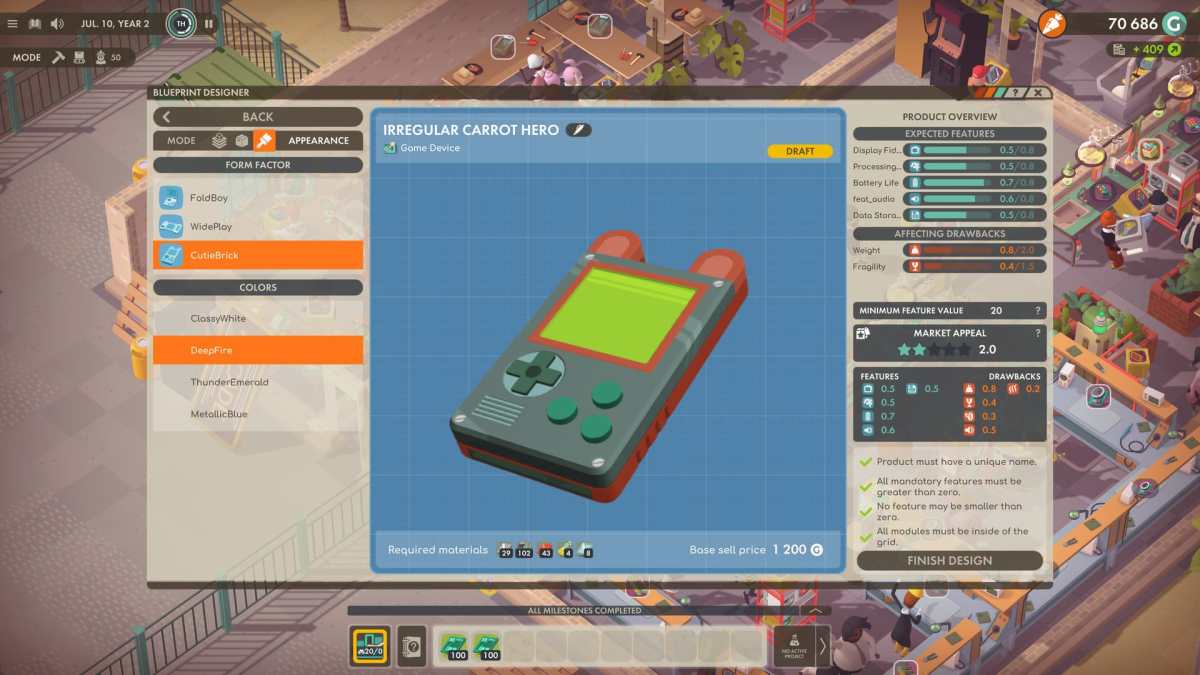 That speed also worked against me, however. I frequently needed to pause to get my bearings, especially during challenge scenarios where I began with a pre-built office. But the pause button freezes my dapper little manager in place, meaning I can’t move the camera around (though zoom still functions). Entering the logistics screen thankfully automatically pauses the action, but it’s incredibly annoying that I can’t move the camera around without unpausing, especially when trying to create lengthy supply chains throughout my building while losing money every day.

I also wish I had more visual information. Good Company lacks any kind of overlays to identify problem areas or situations. Since workers move quickly and clip through each other, it can be difficult to remember how many people I assigned to a single logistics point, or if a tinker table tucked into a corner is actually being staffed.

Good Company makes me feel more like Bill Lumbergh than Tony Stark, but the core gameplay loop of manufacturing electronics as efficiently as possible is surprisingly engaging, and the art design and music are incredibly charming. There are plenty of challenging level designs in the early access version, as well as a freeplay mode to design the eternally busy office of my nightmares.