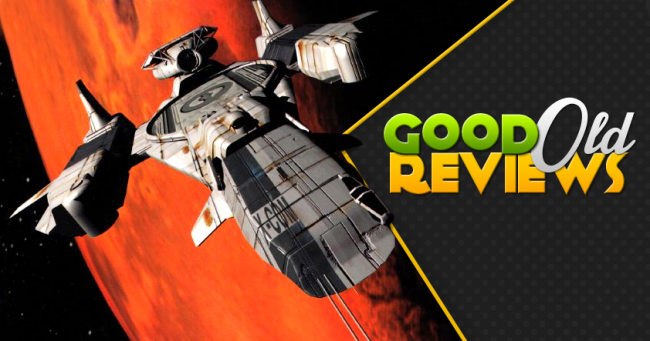 XCOM 2 finally launches next week, and alien invasion strategists couldn’t be happier. This series set the bar for turn-based gameplay, permadeath, and harsh tactical decisions in modern games, and the sequel should improve on XCOM: Enemy Unknown in every way. But depending on who you ask, the best alien defense game was already released in 1994: UFO: Enemy Unknown, or as it was marketed in North America, XCOM: UFO Defense,

Sure, many fans always prefer original games over reboots, but with X-COM they have a pretty strong case. UFO Defense was an impressively complex strategy title for 1994, boasting a tactical scope Enemy Unknown couldn’t match. Many gaming websites still called X-COM: UFO Defense the world’s best PC game as recently as 2007. And we’re no exception – in 2012, former Escapist editor Steve Butts argued X-COM: UFO Defense was the greatest video game of all time.

Did Microprose really craft the perfect video game in 1994, and everything that’s come after is a pale imitation? Should Firaxis just remaster UFO Defense instead of bothering with sequels? Of course not – Enemy Unknown brilliantly improved upon the original in all kinds of ways. But it’s hard to deny X-COM: UFO Defense got a lot right on the first try, or that modern developers are just catching up to it. It’s no wonder we’re still talking about UFO Defense twenty years later – and why we might still be studying it once we actually encounter alien life.

X-COM: UFO Defense begins in a futuristic 1999, roughly a year after alien spacecraft appeared in the skies. Reports of abductions and mysterious experiments circulate the globe, and the world’s leaders can’t agree on how to proceed. Deciding no one country can defeat the menace alone, they create X-COM, an international first response team that can be dispatched anywhere in the world. But as alien incursions intensify, X-COM must grow into a full-fledged strike force or risk losing each nation to alien rulers.

Just like in Enemy Unknown, gameplay flips between base management and tactical combat sequences. You’ll construct X-COM facilities, recruit new soldiers, buy and sell equipment, and manage resources needed to halt the alien attackers. When UFOs appear on your radar screen, you can deploy attack craft to shoot them down and send strike teams to search the wreckage. Successful missions reward you with alien technology and alien specimens which can be studied to unlock new technologies. Those advances help you repel increasingly difficult terror attacks, both to protect civilian lives and preserve crucial funding from founding nations.

Unlike Enemy Unknown, UFO Defense has an even grander tactical scope. Instead of commanding X-COM from a single location, you’ll control operations across the entire planet. New bases can be constructed on any continent, each with its own soldiers and personnel. You can also specialize the facilities and function of each base, putting your research labs in Europe while North America is your manufacturing center. It’s even possible to micromanage right down to the ammunition carried by each soldier. And instead of fighting off a mothership for the finale, UFO Defense gives you a spacecraft so you can take the fight back to the alien colony. 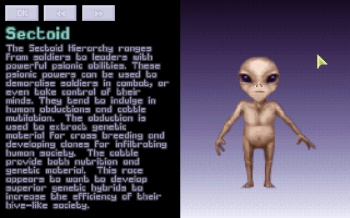 In other words, UFO Defense is a full-blown military management sim which lets you develop X-COM as you see fit. You’re provided with a budget in the millions, which is quickly consumed by the expenses of an international organization. New aircraft is essential, but you’ll also need missiles, ammunition, and hangars where they can be stored. Personnel and equipment can be transferred between bases at any point, although travel times must be accounted for. There are dozens of minor details X-COM expects you to micromanage, which will turn some players off. But it’s still immensely compelling, especially when you have enough bases to deploy soldiers anywhere in the world.

X-COM‘s combat hasn’t aged quite as gracefully, but still has all the tension and danger of alien encounters. Once a mission begins, gameplay switches to a turn-based battle mode where you issue commands to soldiers. Each character has a number of time units which can be spent on movement or actions within a turn, while unspent time units can be used for attacks during the alien turn. (Just as the alien’s unspent units can be used to attack you during your turn.) Your primary objective is to explore the map and wipe out enemy forces, while new alien types and terror attacks in new locations keep that from ever getting repetitive.

UFO Defense‘s battles absolutely set the tone for X-COM‘s legendary difficulty. Your soldiers are almost always at a disadvantage, with single shots capable of taking down even your armored characters. Visibility also plays a much bigger role in this game, shrouding the map in darkness until your units come into range. (And if you run a mission at nighttime, that visibility decreases even further unless you break out flares.) Alien weapons will destroy terrain and cover from an early point in the campaign, and soldiers haver individual morale levels measuring how they’ll handle under pressure. Combined, it’s fairly easy for even standard operations to spiral out of control if you’re not paying attention.

Once, during the very first mission of a campaign, an enemy just out of sight destroyed half of my team with a well-thrown grenade. Losing so many starting characters at once threw the rest of the squad into a panic, causing them to fire blindly into darkness without hitting anything. The action also consumed time units, which prevented me from moving them or providing new orders. I decided to order a retreat since one of my soldiers was still in the skyranger, but doing so would leave everyone else as missing in action. But losing the entire squad is far worse, sacrificing your units and the skyranger which brought them there. Hopefully you have some extra money in your bank account, because those are hard costs to bounce back from. 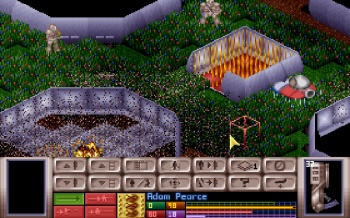 Yet the biggest killer isn’t plasma weapons, grenades, or even the aliens themselves. It’s the horribly confusing interface which does a terrible job of explaining its rules to players. You’ll need the manual to figure out what most UI buttons do, and even then navigating elevation levels is awkward. During four entire missions of my first campaign, I couldn’t even figure out how to fire guns during my turn – you have to actually click a weapon image which I assumed was just an equipment display. (Although on reflection, I’m impressed I won most of those missions solely using unspent time unit attacks.)

Now combine that interface with a high difficulty curve, base micromanagement, and multiple overlapping systems, and X-COM: UFO Defense starts to get overwhelming. By modern design standards this game is a mess, which explains why Firaxis streamlined so many mechanics for Enemy Unknown. While I love what this game attempted, I would only recommend UFO Defense to seasoned strategy gamers who are comfortable using out-of-date interfaces.

Yet at the same time, there’s so much in UFO Defense I wish was in the rebooted series. Designing multiple bases, plotting patrol routes for interceptors, and joining battles in outer space are all fantastic touches. It’s amazing that Microprose managed to pack everything into a single game and have still be so functional in 1994. While XCOM: Enemy Unknown remains my preferred alien strategy game (at least until XCOM 2 comes out) I can see why UFO Defense was so influential, and will likely continue to be so.