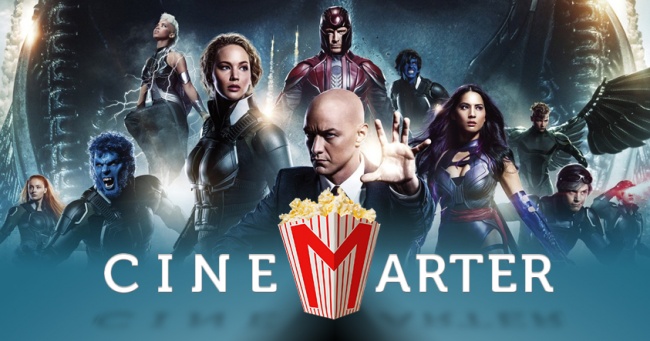 The superhero genre has grown in leaps and bounds since Bryan Singer‘s X-Men helped reinvigorate our interest in it all the way back in 2000. In order to remain on top, though, one has to continue to reinvent and look for ways to improve. The X-Men franchise, with one standout, has become stagnant. Maybe it’s because Singer is still directing these things, and his vision isn’t going to change. Or maybe it’s studio interference. Outside of Deadpool, Fox’s superhero track record hasn’t been the greatest.

Feeling lazy, generic, and bloated, X-Men: Apocalypse is the worst of this “second trilogy” of X-Men films. The film itself acknowledges this: “the third one is always the worst.” Set in the 1980s, all of the various superpowered mutants are in different corners of the globe. However, now that the Ancient Apocalypse (Oscar Isaac) has risen from a burial that took place several thousands of years earlier, they must either come together to stop him or join him in his quest to – what else? – destroy the world. He has an immeasurable, indescribable, and not terribly well defined amount of powers, because how else would he pose a threat? 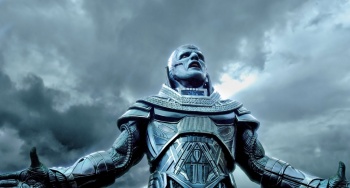 Charles Xavier (James McAvoy) is the wheelchair-bound telepath who leads the good guys, who are now younger versions of the characters you have come to know from previous films, because younger, lesser-known actors are cheaper. Beast (Nicholas Hoult), Cyclops (Tye Sheridan), Jean Grey (Sophie Turner), Nightcrawler (Kodi Smit-McPhee), and Quicksilver (Evan Peters) make up his team – and they’re also joined by Mystique (Jennifer Lawrence), and old friend of Charles’ and who switches sides more often than one can reasonably be expected to count.

Meanwhile, Apocalypse assembles a team of Angel (Ben Hardy), Psylocke (Olivia Munn), Storm (Alexandra Shipp), and Magneto (Michael Fassbender). The final member is one you’ll know from earlier movies, particularly in the more recent trilogy. You’ll know him because he continues to be the most developed and interesting character of this franchise. This time around, he’s been living incognito in Poland, saves a life with his powers, is confronted, sees his wife and daughter killed, and then gets mad and joins Apocalypse. Character development, everyone.

The film builds, tediously and glacially, to a confrontation between the two teams. The number of action sequences in the first two hours of X-Men: Apocalypse can be counted on one hand, and you wouldn’t even need all of your fingers. None of them are good. It’s silly costumed people shooting special effects at each other, or sometimes getting punched into the air in slow motion. Nothing that happens in this movie would have felt out of place in 2000, which is not something one should be saying about a movie from 2016 whose budget nears $200 million.

With a disjointed, plodding screenplay, a lack of action scenes, a generic plot and villain, a cheap look, and a stagnant feeling, X-Men: Apocalypse is the worst X-Men film in a while.

We should see growth. We should see innovation. Or we should at least get something more than the basic “Villain X wants to destroy the world because Y” plotting. This one’s even less focused and more plodding because it has to gather its central cast together, which takes at least an hour. Should I be rooting for Apocalypse to get on with his world destroying just so that something different will happen, and so that it’ll happen in an expedited fashion? Of course not! But these heroes don’t do anything quickly, and most of them have the personalities of vegetables, so why am I cheering for them to win?

X-Men: Apocalypse doesn’t even look like the expensive film it is. The makeup and special effects seriously wouldn’t have looked out of place a decade and a half ago. Compare a screencap of Apocalypse here and Mystique from 2000 and the latter might actually have a better look. Some of the CGI is noticeably bad, and even some of the green screen work is off. The apparently now requisite “Quicksilver scene” drags and drags, and looks terrible for the most part – nothing like the last time.

In fact, X-Men: Apocalypse feels so rooted in the past that we’re not even given much to think about while it’s playing. It’s so thematically and dramatically shallow that you could skip 30-minute stretches and not miss a single thing. It’s a “turn off your brain” type of movie (not a good thing), but it’s also a “cure your insomnia” film. The former used to be commonplace – it isn’t so much anymore – with superhero movies, but the latter should never, ever be applicable. The one thing these films shouldn’t be is boring.

With a disjointed, plodding screenplay, a lack of action scenes, a generic plot and villain, a cheap look, and a stagnant feeling, X-Men: Apocalypse is the worst X-Men film in a while, and signals the time that Bryan Singer needs to step away and let someone else take the reins. We’re not progressing anywhere; we’re just getting similar film after similar film and, if nothing else, the law of diminishing returns has gotten to the point where we’re getting almost nothing of value back. This is a dull, shallow, and bloated mess of a film.

Bottom Line: Hopefully the end of the line for Bryan Singer’s take on the X-Men franchise, Apocalypse is just … it’s really not good. Like, The Last Stand not good.

Recommendation: Even if you like the other X-Men movies, this isn’t one to watch.