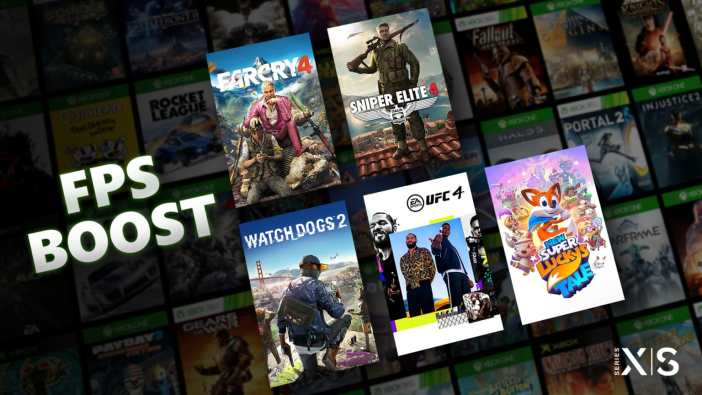 Senior Program Manager Paul Eng noted that Microsoft has worked closely with developers to enhance the experience of certain titles while also maintaining the original spirit of them. Unfortunately, this feature isn’t available for every game on Xbox Series X | S, but developers can utilize these new techniques to create smoother experiences for older games that were constrained by hardware limitations at the time.

Players will be able to toggle FPS Boost on and off, and there will be a new indicator that will show whether it is running the feature or not. Additionally, many upcoming FPS Boost games will be available via Xbox Game Pass, including those aforementioned two titles. Microsoft has shown a great deal of commitment in making sure all previous generations of Xbox carry over with players, and more FPS Boost compatible games will be announced in the future.

Your games are getting (a lot) smoother 😎

FPS Boost nearly doubles frame rates on some of your favorite back compatible games on the Xbox Series X|S: https://t.co/uuYuJdaKRj pic.twitter.com/qkPDj1kXnl