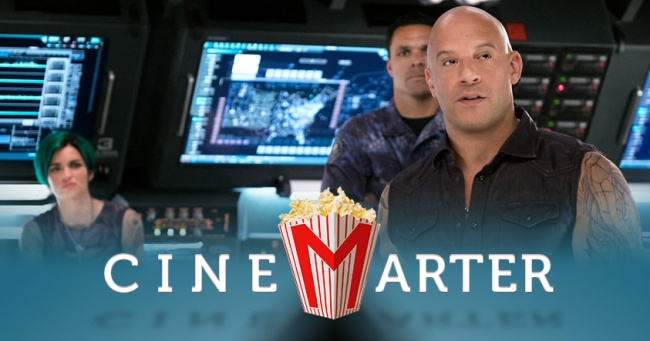 Yeah, as it turns out, putting Vin Diesel in the leading role of a no-brains action movie with a diverse supporting cast propping him up is a formula that is repeatable – at least for a while. So, now we brought back Xander Cage (Diesel), who apparently faked his death because the screenplay demanded it and has just been hanging out, waiting to be found. After his boss, Agent Gibbons (Samuel L. Jackson) is killed, Cage is brought back into the fold to find a MacGuffin that was stolen by some parkour rebels, only to eventually discover that there’s more to the story than that. 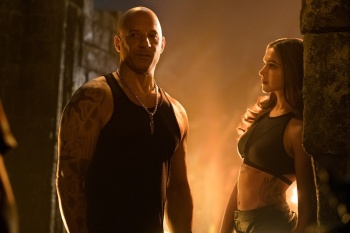 Some of you are probably wondering who Xander Cage is and why he matters – and I forgive you for that, since the last time we saw him was in 2002. Well, he was a government operative who was excellent at activities one would find at the X-Games – making him you know, invaluable. He was replaced by Ice Cube in the sequel. It doesn’t matter, anyway, since we all know he’s just Vin Diesel doing Dom Toretto again, just with slightly less of an over-the-top focus on family – even though this movie starts heading in that direction rather quickly.

Of course, ignoring its problems would be intellectually dishonest, even if a few of them ultimately don’t matter a whole lot. Does it matter if the plot is largely irrelevant, each of its turns and twists easily foreseen? Not really. I have more of an issue with its climax ending thanks to a deus ex machina, or how most of these characters have maybe half a trait to their names, or some of the dodgy CGI. There’s constant action, the action is good, and it’s all done in a let’s-not-take-this-seriously way, which is lots of fun.

I’m not sure if the cast of xXx: Return of Xander Cage was chosen because they’re the best people who would sign on to the job or to try to do big business overseas, but it’s pretty cool to see Donnie Yen, Deepika Padukone, Tony Jaa, Ruby Rose, and Kris Wu all have significant roles in an action film. Sure, they’re all here playing second-fiddle to Vin Diesel, but they all get moments to shine. There’s isn’t a ton of good acting here – the characters are too thin and the plot too fast-paced to allow for much of that – but everyone’s having fun and nobody’s bad. Well, nobody except maybe Toni Collette, who is so talented but here looks perpetually angry that she agreed to this film.

Recommendation: If this seems like your sort of thing, absolutely go see it! You’ll have a blast.

Split – Is M. Night Shyamalan Back?