Amazon has partnered with Nintendo to sell eShop titles on it’s storefront.

Amazon users in the US and Canada can now purchase digital versions of Nintendo’s catalog – as well as various DLCs and paid apps – that were previously only available on its own proprietary Nintendo eShop. Games purchased through Amazon’s new storefront will be automatically redeemed after linking up your 3DS and Wii U Nintendo Network ID with the service. 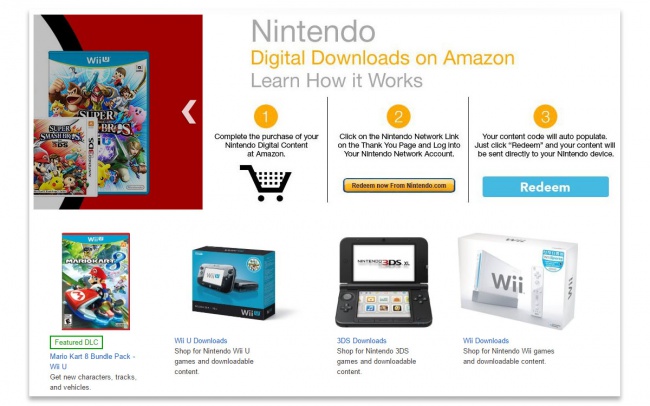 For now, both Amazon and Nintendo’s eShop are seeing pricing parity on all of its products, although Amazon traditionally has sales and deals on older stock, which is something we may possibly see in the future for Nintendo games.

That’s all the information we have on the new service right now, but we’ve reached out to Amazon and Nintendo for more info.