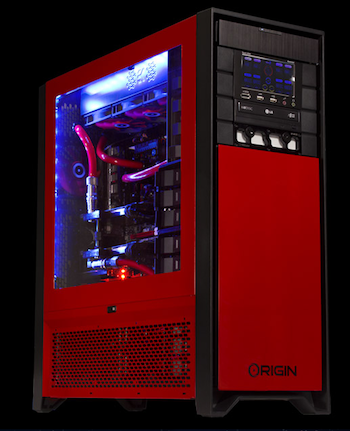 PC gaming has undergone a resurgence in recent years, but there’s a side effect we didn’t expect – rising costs on your energy bill. A new study from Lawrence Berkeley National Laboratory found that high-performance PCs consume the lion’s share of electricity when it comes to gaming entertainment. In itself that’s not a huge surprise, but it’s downright shocking when compared to other home appliances. The “typical” gaming PC consumes just under 1500 kilowatt hours per year – which equals ten consoles, six conventional PCs, or three refrigerators. And some PC builds tower over that.

But how big a deal could this be? After all, there are approximately one billion people who play video games, and only 2.5 percent are considered hardcore PC players. Well, our Glorious PC Gaming Master Race actually eats up one-fifth of the electricity spent on gaming every year – roughly 75 terawatt hours. And those numbers are expected to grow. By 2020, gaming PCs are predicted to make up 10 percent of gaming platforms.

Even on an individual level, PC gaming is energy intensive. An extreme gamer, playing on a high-end system for 7.2 hours each day, uses 1890 kilowatt hours each year. That’s $200 on your electrical bill for gaming alone – throw in stuff like web browsing, video streaming, or idle time, and that might grow to $500. Measured in CO2 emissions, it comes to an estimated 1700 pounds per gamer.

And if you don’t consider yourself that extreme? Well, the typical high-end build/playtime still consumes 1394 kilowatt hours. That’s almost three times the level of an Energy Star rated fridge, which is 500 kilowatt hours. Your average PC unit fares much better at 246, while console gamers rake in the savings with 134 kw/h.

Unlike game consoles, where energy use has been extensively studied, PCs have countless barriers to energy efficiency. Most gaming PCs are custom units, and individual components like CPUs won’t list energy levels the way other electronics do. Thankfully, that means simply buying the right components could save you money while keeping your frame rates high. For example, solid state drives use 70 percent less energy than traditional hard drives, while installing an improved cooling system also reduces energy consumption.

Which is great, because the only other alternative is convincing PC gamers that fast systems don’t actually improve their gameplay experiences. And if that’s the case, we’ll be waiting a very long time.

6 Actresses Who Could Be Captain Marvel