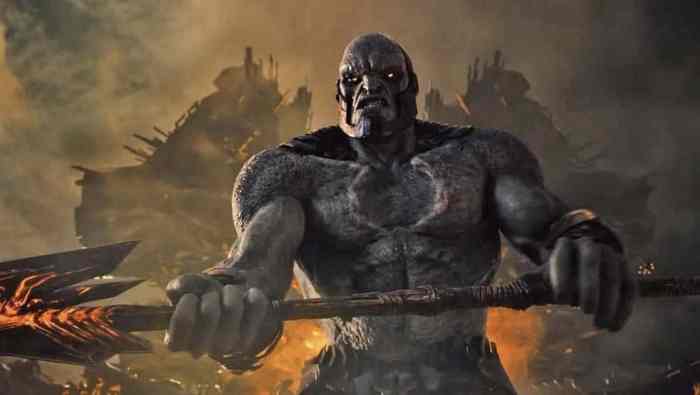 Our eyes have finally seen it. Well, finally seen a trailer for it. Zack Snyder’s Justice League is coming to HBO Max, and at DC FanDome today we got to check out the first trailer for the film, which is reportedly avoiding using much of the theatrical release’s content. Along with the trailer, Zack Snyder also revealed that the film will air as four one-hour episodes that viewers can choose to watch in parts or take up a good chunk of their waking day binging.

The most striking part about the Zack Snyder’s Justice League trailer is that there’s barely a single shot from the theatrical release of the film. We get our first good look at Darkseid, multiple Cyborg sequences we never saw, a Flash moment that looks like he might be messing in the Speed Force, and plenty more. If you had shown someone this trailer out of context, they could have assumed it was possibly for a sequel to Justice League from how it looks so different. Let’s also admire the balls on Snyder to play Leonard Cohen’s “Hallelujah” over a trailer for his version of the film and the fact that his name is written bigger than “Justice League” is in the logo.

Snyder further said that his version of the film features a lot more Cyborg, who was given short shrift in Joss Whedon’s version. He even goes as far as to call him the heart of the film. He also mentioned that the Flash will get a bit more of an emotional arc and use his quantum powers, possibly helping to set up the upcoming The Flash, which will feature the character running through time.

Just what we’ll see in this four-hour epic cut is still unclear, but this is clearly a very different movie (mini-series?) than what landed in theaters. Whether that’s for the best is yet to be seen. Often when directors are given the power like this, things go off the rails, but maybe Snyder has directed a classic here that WB will morph into canon via the multiverse they’re setting up.

Zack Snyder’s Justice League will release on HBO Max in 2021.