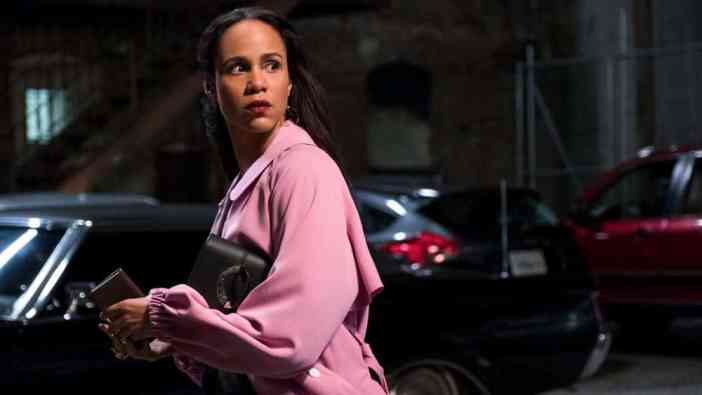 Captain Marvel is set to barrel her way through entire fleets of star ships again in Captain Marvel 2, and it looks like this time she’ll be barreling towards Zawe Ashton. The Velvet Buzzsaw actress has been tapped to play the main villain in the upcoming sequel according to Deadline. Marvel and Disney have not provided any official comment.

There’s no word on who exactly Zawe Ashton will play in Captain Marvel 2, though she’ll have to be plenty powerful to go up against the Captain Marvel of the Marvel Cinematic Universe, who has come across as nearly invincible after awakening her powers in the first movie and almost destroying Thanos himself in Avengers: Infinity War. There’s a host of intergalactic villains out there for Marvel to choose to under-develop as they race towards their inevitable defeat by the end of the movie, and with Ant-Man 3 rumored to set up Kang the Conqueror as a new big bad for the MCU, it seems unlikely that Ashton will get a prolonged presence in the universe.

Work on the film is just getting underway, with Megan McDonnell, a story editor on WandaVision, having penned the screenplay. That show has a partial connection to Captain Marvel as Monica Rambeau is the daughter of Carol Danvers/Captain Marvel’s best friend, Maria. Whether there will be any other overlap is yet to be seen, but considering the fact that Teyonah Parris, who plays Monica Rambeau, will be in the film, it’s highly likely. Also joining Ashton and Parris will be Iman Vellani as Ms. Marvel, who will be spinning off into her own TV series on Disney+.