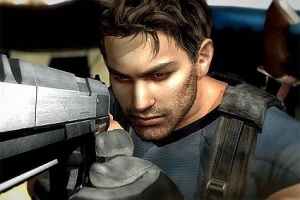 There’s a certain satisfaction to be had from achieving a state of moral outrage. I won’t deny having felt it myself; it’s a singular pleasure. It’s also a complete waste of time.

Moral outrage is the passive-aggressive activism, designed for those with all the passion required to change the world but none of the drive. At its heart, it requires helplessness. We become outraged when we perceive an unacceptable situation beyond our control, and yet we can’t accept that there’s nothing to be done. The response, then, is to become morally outraged, sign a petition or star a flame war and hope someone somewhere will do something.

This month’s target of internet invective is the Resident Evil 5 trailer. This one has been under a lot of scrutiny of late, mainly because, for the first time ever, the antagonists of a videogame are poor black villagers (never mind that they’ve been zombified, they’re still poor black villagers), and the protagonist is white. For some folks, this is unacceptable, and they see no way to do anything about it. Cue: moral outrage.

For starters, let’s talk about race. One of the two main reasons this trailer has sparked a bit of ire is we still have a lot of folks (of all colors) in America who feel pretty bad about that whole slavery thing. But the fact is, in spite of lingering social and economic after effects, racial relations have never been better in America, and in spite of the occasional outbreak of moral outrage, the time when anyone felt superior or inferior to anyone else based strictly on skin color is rapidly becoming a distant memory.

That’s not to say racism and prejudice don’t still exist, but long gone are the days when a white man and a black man weren’t expected to drink from the same water fountain. They may not still, but this behavior is no longer regulated by law. So why the moral ambivalence? For some, it’s truly a case of regret over past injustices. But for other’s it’s a misplaced angst over the belief they should feel guilty. Either way, guilt will not solve this problem. Nor will vilifying instances of perceived racism, crying wolf at every passing shadow.

But let’s look at whether or not the scenes depicted in the Resident Evil 5 trailer really are racist. After all, a single white man slaughtering hordes of black characters is bound to be indicative of something, isn’t it? Not necessarily.

For one thing, Capcom, the game’s developer, has made a mint on these zombie games. Were previous Resident Evil games, in which the player was able to slaughter hordes of white zombies, racist against white people? Perhaps, but where was the moral outrage there? In Dead Rising, from the same developer, the zombies were average Americans in a middle class Colorado town. They were mostly white, but there was a black character shooting at them. Was this racist? What about the highly successful Resident Evil 4, in which most of the action took place in a European village, and the zombies were poor Europeans? Was this a harbinger of a renewed aggression toward poor Europeans? I don’t think so. Sometimes, a zombie, as they say, is just a zombie. 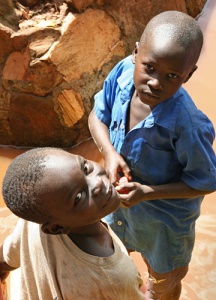 I have to admit to feeling a pang of guilt when, playing Resident Evil 4, I noticed that the zombies being slaughtered in that game were not some kind of random monsters, but otherwise helpless folk, living at the bottom of the social order, who happened to have become pawns in someone else’s sick game. And yet, they were trying to kill me. Moral ambivalence. Existential angst. These are the ingredients of thoughtful horror.

We’ve been claming we want games that will force us to feel for some time; chasing the holy grail of the game that will finally make us cry. Well, here it is.

Whether your angst over the Resident Evil 5 trailer is induced by misplaced White Man’s Guilt or genuine ambivalence toward simulated acts of violence perpetrated against those with whom you can identify or pity, the result is the same: You’ve felt something. If it’s taken the images of realistic-looking villagers being slaughtered by a white male protagonist to cleave away the scar tissue layered over your heart through years of playing games in which a white male protagonist kills practically everything else imaginable, perhaps what the anti-game violence pundits have been saying for years was correct after all.

We’ve had our fingers plugged in our ears our whole lives, pretending not to hear the suggestion that violence in videogames can create real-life feelings of empathy or enmity. Perhaps now it’s time to actually listen. Perhaps it’s now time to actually consider the emotional weight of holding a gun in our hand and using it to put a bullet into another being.

Whether it’s zombies, robots, aliens or Nazis, we’ve been committing genocide against virtual opponents for years and in most cases thinking little of it. And for good reasons, although whether or not we’ve ever stopped top think about it is questionable.
A zombie, after all, is an aberration of nature; an “other” to the extreme. By killing a zombie, we’re doing the world a favor. The same with killer robots and aliens (who, buy definition are “alien”). Nazis, although human, are just as vile. Who doesn’t hate Nazis? You may experience the sensation of a single salty tear squeezing out of your eye when you put a bullet in his brain, and he murmurs a soft, “Mein leben!” as he slumps to the floor, but really, it’s either him or you, and you’re not the one killing Jews.

But normal, otherwise pitiable people turned rotten against their will are a different story, and if a videogame featuring simulated violence against otherwise normal, pitiable human beings (albeit zombified) generates a hint of remorse, causing you to consider, if only for the briefest of instances, what the price of all this simulated violence may be after all, then I suggest it’s about damn time.

Violence, like racism, is inevitable, and whether we like it or not, violence is occasionally the only means of resolving certain differences; the difference between my will to live and a zombie’s desire to eat me, for example. But we should never allow the gravitas of wielding a weapon against a fellow being, putting bullets into his body to end his life, to be glossed over. If we play these games without giving any thought to the ramifications of our actions, simulated though they may be, we can hardly blame those who suggest they’re only murder simulators, and we murderers in training.

For my part, I can honestly say a videogame has never explored this territory in such detail before, and I am ecstatic. Capcom – whether intentionally or through a happy accident of catastrophic proportions – looks to have constructed a scenario ripe for exploration of man’s place in this world, and the intestinal fortitude of the player. I, for one, look forward to the experience.