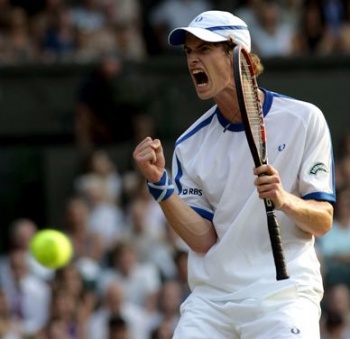 Even a famous athlete like British No. 1, Andy Murray, can’t keep his non-gamer girlfriend happy.

Many British tabloids reported today that Scottish tennis star Andy Murray was dumped by his girlfriend, Kim Sears, because he spent too much time playing Modern Warfare 2. The couple, both 22 years old, announced on Sunday they were breaking up and Murray’s agent claimed that the split was “amicable” and “mutual.” However, a source close to Sears added that Murray has been playing videogames too much of late and that was the reason she left him. Murray is the No. 1 British tennis player and is currently ranked fourth in the world according to the Association of Tennis Professionals.

It is unclear where the information regarding Murray’s videogame “addiction” comes from, but both the Telegraph and the Sun reported that someone close to the couple said, “He would spend all his time glued to them. In the end she just got fed up with it. She wanted more out of the relationship.” Apparently, the £5 million mansion and celebrity lifestyle wasn’t enough for Sears. Murray’s agent added that “Andy doesn’t play computer games any more than any other 22-year-old.”

In 2008, Murray’s former coach expressed frustration with how the tennis star spent his time, “He plays videogames seven hours a day. So if he is not playing videogames or playing tennis, he is with his girlfriend.” With the girlfriend out of the picture, now it appears that Murray is only playing tennis and fragging his mates in MW2.

If only I were so lucky…