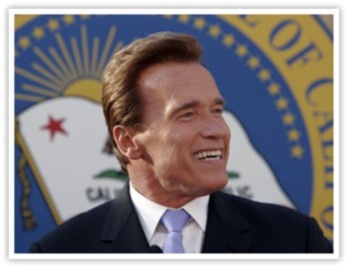 The state of California has appealed a ruling against a 2005 law restricting the sale of videogames to minors to the Supreme Court of the United States, the first time a case dealing with the constitutionality of violent videogames has ever been taken to the land’s highest court.

Sponsored by vocal game critic and California State Senator Leland Yee, the law was signed into effect in October of that year by Governor Schwarzenegger but didn’t take effect thanks to an injunction issued by Judge Ronald Whyte in December. Judge Whyte eventually struck down the law as unconstitutional and ordered the state to pay $282,794 in legal fees to the Entertainment Software Association; California responded by appealing Whyte’s decision to the U.S. Ninth Circuit Court, which upheld the original ruling.

Despite the repeated losses and numerous similar decisions in other states throughout the Union, Schwarzenegger has elected to take his appeal all the way to the Supreme Court. “I signed this important measure to ensure parents are involved in determining which video games are appropriate for their children,” Schwarzenegger said in a press release. “By prohibiting the sale of violent video games to children under the age of 18 and requiring these games to be clearly labeled, this law would allow parents to make better informed decisions for their kids. I will continue to vigorously defend this law and protect the well-being of California’s kids.”

Echoing Schwarzenegger’s comments, Yee said, “I am hopeful that the Supreme Court – which has never heard a case dealing with violent video games – will accept our appeal and assist parents in keeping these harmful video games out of the hands of children. I believe the high court will uphold this law as Constitutional.”

“The video game industry should not be allowed to put their profit margins over the rights of parents and the well-being of children,” he continued. “The multi-billion dollar video game industry relies on the revenue generated by the sales of these extremely violent games to children; thus they have the desire and resources to fight this cause at every turn. Despite their high-priced lobbyists, they were unsuccessful in the Legislature and despite their high-priced lawyers, I am hopeful they will inevitably face the same fate in the courts.”

The Entertainment Software Association, which has led the legal battle in support of the First Amendment rights of videogames, issued a statement in response to the appeal saying, “California’s citizens should see this for what it is – a complete waste of the state’s time and resources. California is facing a $21 billion budget shortfall coupled with high unemployment and home foreclosure rates. Rather than focus on these very real problems, Governor Schwarzenegger has recklessly decided to pursue wasteful, misguided and pointless litigation.”

“We are confident that this appeal will meet the same fate as the State’s previous failed efforts to regulate what courts around the country have uniformly held to be expression that is fully protected by the First Amendment,” the statement continued. “California’s taxpayers would be better served by empowering parents and supporting the ESRB rating system.”

The appeal will not necessarily be considered by the Supreme Court, however. The state has filed a writ of certiorari to be considered by the court and, as happened with Jack Thompson’s recent failed appeal of his disbarment, if less than four of the nine judges on the Supreme Court vote to hear the appeal, it will come to an end. Unlike Thompson’s appeal, however, this one may have the legs to make it; battles over the First Amendment protection afforded to videogames have been hotly contested in numerous State courts and the opportunity to settle the issue once and for all might be one the Supreme Court is willing to embrace.