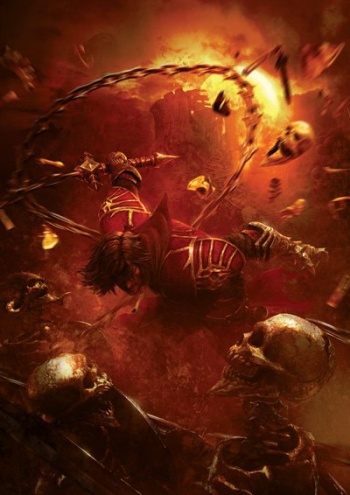 Sorry, folks, Castlevania: Lords of Shadow isn’t getting its first DLC pack until next month.

The “Reverie” DLC for Castlevania: Lords of Shadow was due to be released this month. Unfortunately, fans of hot Belmont-filled monster slaying action are going to have to wait a bit longer, as the release date’s been pushed back to March.

The announcement came via the official Castlevania Facebook page. The accompanying image was posted to the account’s Wall Photo album with the following caption: “DLC Update: “Reverie” is swinging into March. Our apologies for the delay but it’s going to be worth it!”

A definite reason for the delay, or a specific new release date, have yet to be revealed. Usually, delays like this are due to the fact that the developers needed a little extra time to work on polishing the game pack. No news yet on whether “Reverie”‘s revised launch will affect “Resurrection”, the follow-up DLC that’s due out in April.