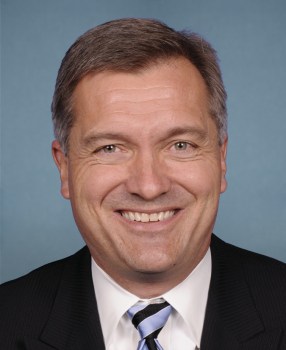 Another U.S. legislator is seeking a law against selling M-rated games to minors.

It’s been awhile since the last time we did this dance, so here’s a quick refresher. The ESRB rating system is entirely voluntary, and it is not illegal to sell M-rated games to minors in the United States. Various states have tried to implement legal restrictions on game sales and all have been shot down; California took such a law all the way to the Supreme Court, as you may recall, and lost.

But that isn’t enough to stop Rep. Jim Matheson, a Congressman from Utah, from taking another run at it. His proposed “Video Games Ratings Enforcement Act,” introduced on January 14, seeks to “require ratings label on video games and to prohibit the sales and rentals of adult-rated video games to minors.”

“It shall be unlawful for any person to ship or otherwise distribute in interstate commerce, or to sell or rent, a video game that does not contain a rating label, in a clear and conspicuous location on the outside packaging of the video game, containing an age-based content rating determined by the Entertainment Software Ratings Board,” the bill says. It would also codify into law restrictions against selling AO-rated games to anyone under 18, and M-rated games to anyone under 17.

As far as I know, not one single court has ever allowed that sort of law to stand; it’s a fundamental violation of the First Amendment and as the Supreme Court wrote in its majority ruling, “Even when the protection of children is the object, the constitutional limits on governmental action apply.” Justice Alito wrote in a concurring opinion that “If differently framed statutes are enacted by the States or by the Federal Government, we can consider the constitutionality of those laws when cases challenging them are presented to us,” but that leads to the obvious question of how Matheson’s bill is any different from all the earlier, unanimously unsuccessful efforts to do the same thing. I’m no constitutional scholar, but I just don’t see it.