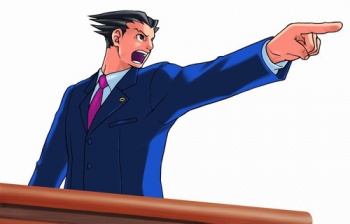 A lawsuit filed by a disabled gamer against Sony has been dismissed by a Califonian Court.

Last October, visually-impaired gamer Alexander Stern filed a suit against Sony Online Entertainment, claiming that SOE was failing to live up to its responsibilities to the Americans with Disabilities Act or ADA.

Stern argued that “his visual processing impairments prevent him from fully enjoying the video games manufactured by Sony, some of which are played on gaming systems with internet connections through which players in different locations can communicate and play with or against one another.”

Stern was unable to convince the U.S. District Court for the Central District of California however, that Sony represented a ‘place of public accommodation’, which is a necessary part of an ADA discrimination suit. In its ruling, which can be read in full here, the court stated that “Sony is not a ‘place of public accommodation’ and is therefore not liable for violating Title III of the ADA.”

“… To hold otherwise would create potential liability under the ADA for manufacturers of all manner of products if those manufacturers failed to make available auxiliary aids allowing the entire panoply of individuals with disabilities the full enjoyment of their products.”

But while this is likely the only sensible way this case could have gone, the issue of increasing the accessibility of games to people with disabilities is one that needs to be discussed and addressed as gaming grows in popularity.