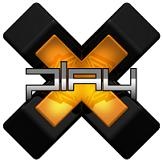 Staffing cuts at gaming network G4 follow the schedule reduction for two of the brand’s top shows: X-Play and Attack of the Show.

Changes at the only alleged gamer-centric television network never seem to end, as the latest rumors of show restructuring have been confirmed by the company.

X-Play, which was recently announced to be doubling its show length prior to further business changes, and AOTS will be cut to their “former production schedules” starting March 2. Original episodes for AOTS will be reduced from five to four and five to three for X-Play.

Although no layoff numbers have been given, leaks to Variety claim those who were cut were staffers for both shows but the number remained in the single-digits percentage-wise of G4.

G4 confirmed, “Producing fewer episodes has resulted in a decrease in staff. Savings resulting from this move will go directly towards producing more original programming in 2009. This is not a budget cut. G4 remains dedicated to these core franchises.”